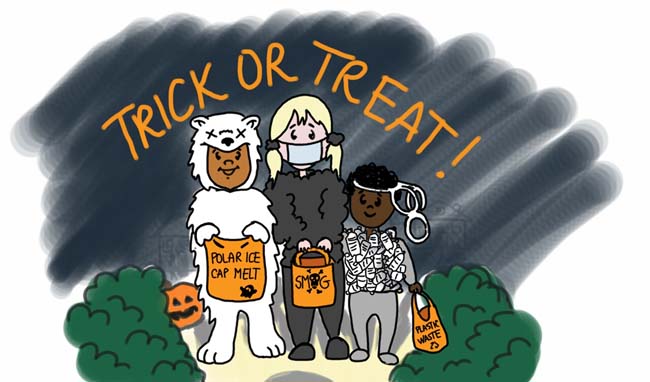 The concept of “going green” — at least in the vague, abstract way in which it is often used — sounds appealing enough to most. However, as the policies designed to protect the environment begin to result in more tangible consequences, the ideal is losing some of its charm.

Old Dominion Electric Cooperative has appealed to the Supreme Court, arguing that the project will generate much-needed jobs and an estimated $2.2 million in annual tax revenue. This figure is just an estimate — possibly a very skewed one at that — but it does catch one’s attention. That projection, combined with ODEC’s proffers of new sidewalks and other town improvements, is surely enough to rattle some residents’ dedication to the well-being of the environment.

The case will be tied up for years, but the underlying conflict remains.

The challenge with the effort to create a more efficient, sustainable world is that the eventual results of our action — or inaction — are too vague and too far down the road to motivate us to change our current lifestyle. In other words, an unemployed citizen of Surry would more likely take a job at a new coal plant in the hopes of one day sending his child to college, rather than stay jobless but feel better about the world in which his great-great-great grandchild will live. And who could blame him? It’s human nature.

The key lies in making the negative repercussions of our current unsustainable lifestyle very real to people — real enough to create motivation that will trump any financial allure.

When my ninth grade earth science teacher looked at us with a straight face and told us that the processes set in motion by our carbon emissions would absolutely affect not only our children, but most likely all of us, he shook me in a way that put the “Reduce, Reuse, Recycle” mantra to shame. The point is that the scare tactic works.

Alternatively, we could put more incentives in place. I am beginning to see people’s eyes glaze over the moment they hear the word “green.” The facts driving this platform become more remote in our minds each time the word is used.

ODEC says they are looking into alternative power sources but claim that Surry doesn’t have adequate infrastructure to support such a project. In an ideal world, they would take the $6 billion they were about to pour into the coal station and invest it in making a sustainable energy supply possible.

We need to come up with a way to orient everyone toward this cause — be it incentives, scare tactics or something else — to create real, lasting motivation to change our lifestyles and live more sustainably.