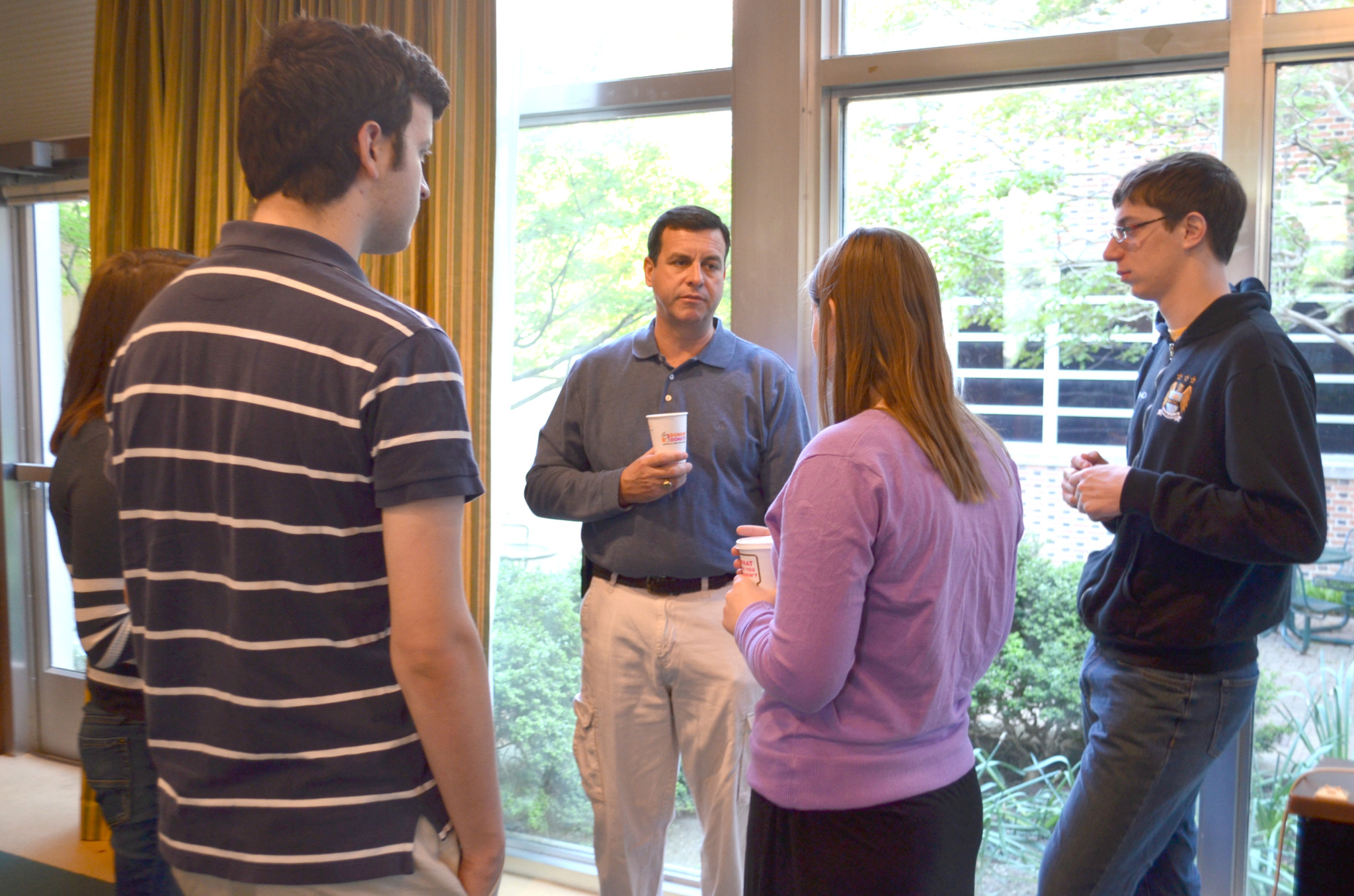 Members of the Neighborhood Relations Committee discussed the expanding role of community colleges and received a report by Mayor Clyde Haulman at their monthly meeting Saturday.

John Dever, president of Thomas Nelson Community College, briefed the 15 to 20 member committee on the transfer-oriented college and the importance of affordability for many transfer students who end up at the College of William and Mary.

“Our relationship with the College was a bit rocky in the past, but through Gene Nichol’s, then College President Taylor Reveley’s administration, I am glad to say that we now have a very good relationship,” Dever said.

Of the 214 transfer students that enrolled in the College this year, 78 came from the community college system. Dever noted that about 25 transfers were from TNCC.

“Most of our students intend to graduate with an associate’s degree and move on toward a four-year college,” Dever said. “I can say, no offense to William and Mary, that a community college class does give students a lot of diverse perspectives. You’ve got people from many different stages in life in one classroom.”

Though TNCC increased its tuition this year, like the rest of the community colleges in Virginia, Dever added that the quality education and the $199 per credit-hour cost partly accounted for the 2.9 percent enrollment increase last year, a trend that has remained steady for over 10 years.

One council member noted that TNCC seemed a better alternative to the pernicious nature of for-profit colleges.

Rapidly-changing technology did give Dever some cause for worry, however.

“My main anxiety is that we will miss something. … I mean, look at Borders, which was a strong company. … the U.Va Board was not aware of all the things Teresa Sullivan was doing for UVA, and there was a lack of communication there. Technology is dramatically changing the way students learn and higher education,” Dever said.

Mayor Clyde Haulman also gave his report to the council, noting that city officials will soon be taking over the Williamsburg Redevelopment and Housing Authority. The authority was created in 1970 by the state legislature at the request of the city to provide low-income housing to those in greatest need.

“Declining state support has caused the city to take over many of the responsibilities of the housing authority over the past years, and it is more efficient in the long run,” Haulman said.

The mayor also noted that his monthly meetings with College President Taylor Reveley have been productive thus far.

Danielle Waltrip ’14 and Scott Caravello ’15, student representatives to the committee, also briefed the council on College events, including the Dalai Lama’s visit and Attorney General Ken Cucinelli’s speech later in the month at the Marshall-Wythe School of Law.

The city and College formed the NRC in 2009 in an effort to increase discussion on town-gown relations, specifically on the issue of student housing.  The group meets monthly to promote a continued conversation between community members and students.