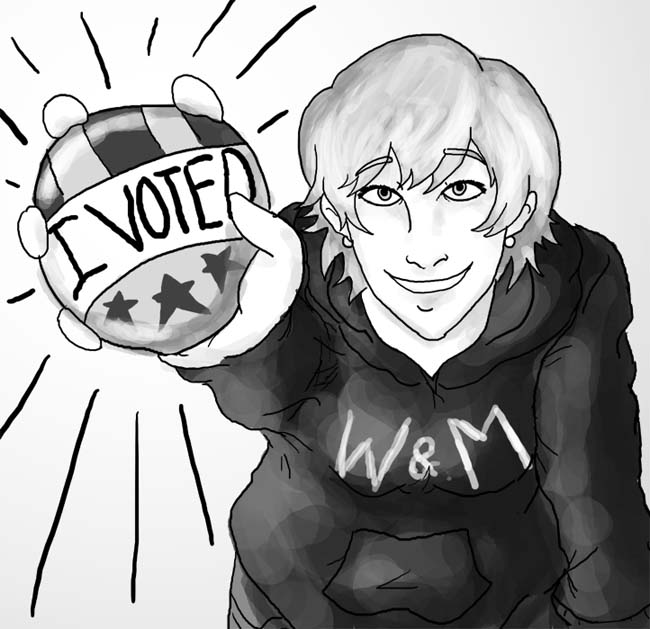 Students waited in long lines Tuesday for the chance to cast their ballots in the city of Williamsburg. Voter turnout in the city increased by over one thousand people — and students at the College of William and Mary are largely responsible for this change.

Political activism on campus during election season never faltered. From the Student Assembly’s drives to register students and provide transportation to polling locations in Williamsburg to the College Republicans’ volunteering with Gov. Mitt Romney’s campaign, to the Young Democrats’ passing out of stickers and buttons for President Barack Obama, students were relentless in demanding that their voices be heard. At some moments, the activism may have even seemed excessive; however, these organizations managed to spread their messages to the larger body of students at the College.

Even though most of this year’s campaigning in Virginia focused on the presidential and Senate elections, students who voted in Williamsburg also voted for the Representative for the 1st District. The winner of this election, Rob Wittman (R), visited campus while campaigning. Through more political action, students can garner more attention from political candidates.

Students need to continue to demand acknowledgment from political candidates in all elections. The surge of student voter registration in Williamsburg gives the student body a strong voice in the city and state elections. In order to maintain that voice, however, the student body needs to continue voting and remain registered in Williamsburg. We do not condone students’ temporarily moving their registration to Virginia solely because of its role as a swing state in the 2012 presidential election. The numbers from this election show that students can yield an influential voice in Williamsburg if they remain involved in political elections here.

With that in mind, there is also a limit to which the College can encourage political activism. The embarrassing tweet from the Office of Student Diversity informing students where to go to participate in President Barack Obama’s campaign reminds us that the College is a public institution, and that the school must maintain neutrality. Remaining unbiased does not mean that the College cannot support political activism: The blunder could have been diverted had the Office of Student Diversity also given information for students’ wishing to volunteer with Gov. Mitt Romney’s campaign. The College should encourage students to form their own opinions and then take action; it should not endorse a particular viewpoint.

We are building a tradition of political activism at the College, and we need to ensure that this activism supports all members of the College community equally. The student body needs to take advantage of the weight of its voice and continue this movement.