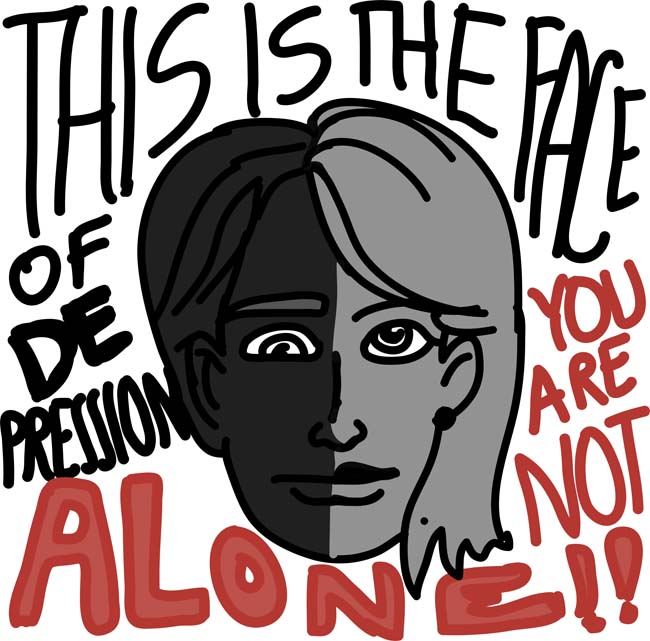 Walking out of a physics test, I checked my phone and saw three missed calls and seven new messages. I called one of my good friends, but she told me to check my email. This wasn’t something she wanted to say over the phone. So, I sat down on a bench at the sundial and opened the latest email in my inbox. It was from Vice President of Student Affairs Ginger Ambler ’88 Ph.D. ’06, and I scanned through it quickly, finally stopping on the word “suicide.”

I didn’t believe it at first. I started searching Ambler’s email for more distinguishing features to try to prove to myself that she wasn’t talking about the Whitney I knew, one of my freshman hallmates and a good friend. I had seen her the previous afternoon, walking her bike somewhere because the chain was broken, and she had been her bubbly and happy self. I only closed my computer when I read the exact name of her hometown.

I felt sick and numb, not really able to see anything around me. It happened to be during a class change period with swarms of people surging in different directions, but it was all I could do to stay on a straight path to Landrum, my dorm at the time. I was openly and uncontrollably crying when one of my friends stopped me, and I couldn’t find any words to explain what was going on. When I got to my room, I completely stopped crying. I shut down emotionally, and I wasn’t able to cry or really talk about my own feelings about Whitney’s suicide until some months later.

Issues regarding mental health have impacted everyone, including myself. As a neuroscience major, I can recite signs and symptoms of many mental illnesses. There are lists of them in our textbooks and on our tests. But what I had been studying at arm’s length got very personal during the summer before my junior year. I would wake up every morning feeling empty and fragile, and I didn’t particularly care if I made it to the next day or not. I stopped having fun and began avoiding my friends so that I could watch TV alone in my bed. Most of the summer passed before I admitted that I was suffering from depression and needed help.

Asking for help made me feel completely vulnerable — suddenly all of my private thoughts and feelings were on display as symptoms of an illness. It felt like publicly admitting that I was weak and couldn’t take care of myself. It was from this exposed and raw place that I started to realize that it takes real courage to reach out for help.

After Whitney’s suicide, I saw what happens when someone feels like they don’t have any other options and no one left who can help them. From my own experience, I’ve seen how hard it is to admit you need help and how important it is to have people who are genuinely supportive and caring. So, last year, when Meghan Moore ’13, one of my good friends, asked me to serve as the other Undersecretary of Mental Health for the Student Assembly, I accepted immediately.

When I talk to people around campus about my SA position, most people immediately start telling me their own stories about mental health. Sometimes I hear about family members or fellow students, but often the person tells me how they’ve struggled with mental illness. Many students, including myself, are a “work in progress.” Mental illness isn’t a problem you can fix — it’s something that takes continued effort to deal with and, over time, to accept and embrace.

Ultimately, the College of William and Mary is a community and should be an unconditional support network for any student in trouble. No one should have to feel alone or isolated to the point that suicide seems like the only option. This year, Moore and I are trying to start a campus-wide conversation about mental health. We hope that by encouraging people to talk about mental health and illness openly, students will realize that it’s okay to get counseling, to take medication or just to talk with someone when they’re going through a rough time. We’re all part of one Tribe, and it’s time to start acting like it.