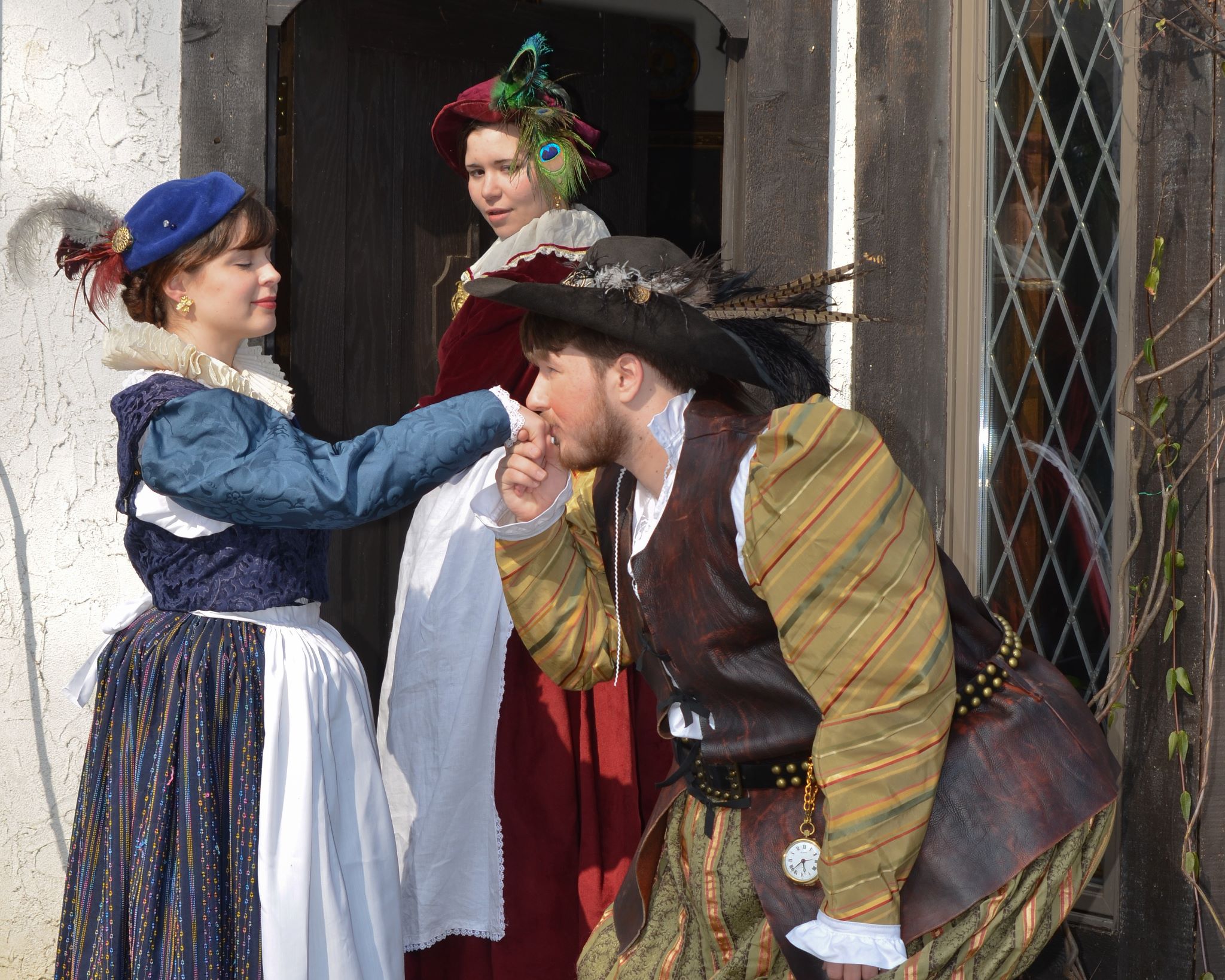 Although it is by no means a requirement to have heard of Sir John Falstaff before going to see William Shakespeare’s “Merry Wives of Windsor,” it certainly helps. A bulbous and brutish man, the Falstaff character is an Elizabethan crowd pleaser who consequently makes an appearance in no fewer than three Shakespearean works. He has the habit of being boastful and subsequently spineless, but the humor that arises from his missteps has no doubt made theaters ring with laughter across several centuries. It is important to know who Falstaff is because, for better or worse, he is the crux of Merry Wives’s narrative.

William and Mary Theatre and Dance’s production, directed by Richard Palmer, features Kevin Place ’14 in the role of the self-involved knight. Had Place possessed less gusto, the play would have certainly crumbled upon his fat suit. Fortunately, Place does the role justice, delivering his lines with as much importance as Falstaff himself would have thought they merited.

The story itself begins when the burly knight arrives in Windsor, England and decides that his pocketbook is a little light. To increase his wealth, he intends to court two upper-class married women (Nicole Boyd ’14 and Stephanie Davis ’15). Using his own Falstaffian logic, he will then be able to blackmail the women’s wealthy husbands (Miles Drawdy ’14 and Ben Lauer ’13).  It never seems to occur to him that the women may not find him attractive, or that the husbands might discover his plot and attempt to stop it using somewhat humiliating methods.

If all of this sounds light and frothy for a play that’s almost three hours long, that’s because it is. However, as with most of the Bard’s comedies, it’s best to sit back, relax and let the eloquently phrased witticisms and Elizabethan pop culture references wash over you.

It’s best to be prepared for the vibrant costumes. Gone are any traces of a minimalist interpretation of Shakespeare where characters wear clothing from the last hundred years. This production has a budget, and it’s not afraid to let you know it. I spent a good portion of the play examining the costumes in utter fascination. It was extraordinary how the minor characters’ wardrobes seemed just as detailed as those of the principle players. From Falstaff’s comically large pantaloons to the distinctly shiny buckles on each pair of shoes, I was amazed at the rich level of detail and competency that went into the creation of each costume.

Flitting around the primary plotline are several standout performances. Andrew Perry ’16 shone as a Welsh pastor. The scene preceding the intermission where he holds the stage by himself, brandishing a sword, deserves a standing ovation. In addition, the comic timing of Jason Via ’15 as a French physician was unparalleled as he pranced around the stage in a misguided attempt at  dignity. Not to be outdone, Grace Mendenhall ’13, made up to look like a hag, gave a particularly memorable portrayal of Mistress Quickly, also a recurring Shakespeare fave. One look at her gap tooth and grimy garb would send any sane man running.

Perhaps the most striking element of the production was just how many sight gags were spread throughout. Falstaff is the butt of most of the visual humor. In the play’s duration, he is shoved into a laundry basket, dumped into the Thames, wrapped in a fortune-teller’s dress, and pinched by an assortment of “fairies.” Falstaff takes his comeuppance surprisingly well, and it is more than likely his resilient ego that makes audiences come back to him time and time again.

The Merry Wives of Windsor will be playing at Phi Beta Kappa Memorial Hall from Feb. 22 to 24.