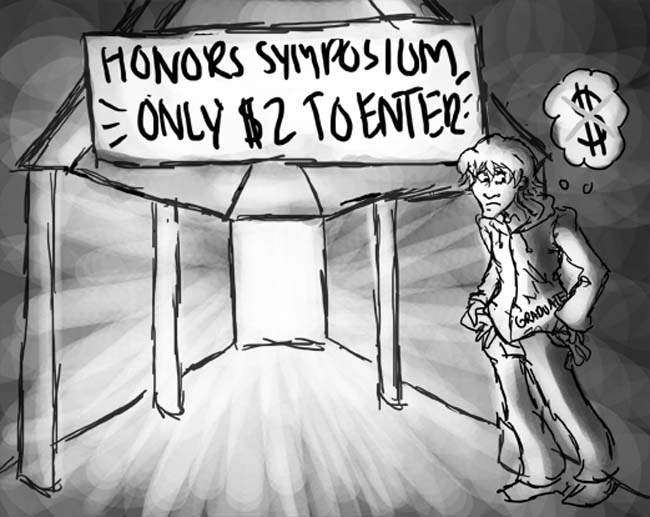 At last Tuesday’s Student Assembly senate meeting, we saw something worth noting: What is normally a sea of empty chairs became a crowd of protesting graduate students. They excoriated the SA for cutting funding to the Graduate Research Symposium from the requested $7,500 down to $3,106 and for refusing to fund the annual Colloquia for which $1,700 was requested. While both of these programs mainly help graduate students, it is important to remember graduate students are members of this campus too, and their presence allows us to call the College of William and Mary a university. We applaud their efforts to advocate for themselves and implore the SA to find a way to fund these activities.

In a time when student apathy is a major concern, to see students — especially those who often go unseen because they have little extra time outside of their academics — come together to protest something left out of the budget is encouraging. While better communication between the Graduate Student Association and the SA could have prevented the protest from even being necessary, perhaps it will force the two bodies to recognize the need to improve their efforts on behalf of graduate students.

The SA rationalized cutting funding for these activities by stating that the money was for food, and food is not essential unless it is for a cultural event. We beg to differ — quality food maintains the sophistication and professionalism needed for graduate students to make a good impression.

Additionally, the SA claimed to cut funding to the graduate programs because it did not want to raise the student activity fee past $98, as SA President Curt Mills ’13 has noted that it is supposedly the highest of any public college or university in Virginia. We appreciate the SA’s consideration for students’ pocketbooks, but it should also keep in mind that graduate students pay this fee as well and should reap the same benefits as undergraduates. Forcing them to pay the same fee and then cutting money to the few services they get in return is unfair and insulting. If limited funds force the SA to favor undergraduates over graduates, then they should raise more funds. The SA raised the student activity fee by $3 last year with little objection from the students. Why not raise it by $2 this year? That could raise more than enough money to cover the costs of the GSR and the Colloquia. And this isn’t like tuition: Students get a say in how their money is spent as they elect representatives to the SA, and the candidates have to convince us they will incorporate student opinion.

The SA must recognize the importance of our graduate students and find a way to fund the GSR and Colloquia. We hope Senate Chair Kendall Lorenzen ’15, who expressed support in passing such a bill, follows through with this plan.