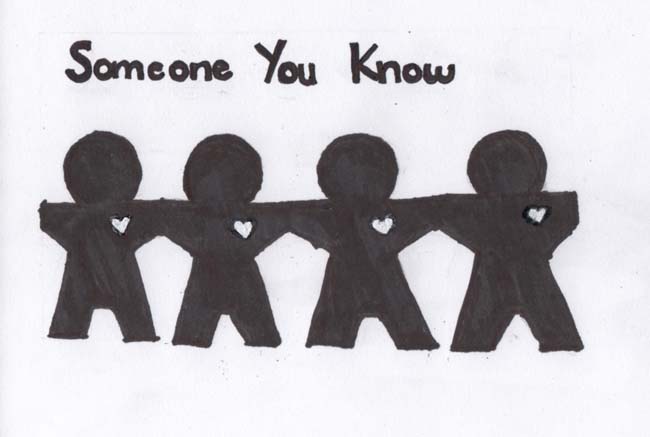 Discussions on sexual violence often focus on the statistics. These statistics are important to know; for instance, a study endorsed by the Centers for Disease Control and Prevention recently found that around 19 percent of college-age women experienced attempted or completed sexual assaults during their time at college. Between 10 and 20 percent of men experience an attempted or completed sexual assault in their lifetimes. Fewer than five percent of attempted and completed rapes of college women are reported to law enforcement.

But the recent stories on William & Mary Confessions can affect us on another level.

Like many in the campus community, we’ve been shaken as we’ve read the personal stories of rape and sexual assault posted on William & Mary Confessions. It can be saddening, frightening, even infuriating to realize that sexual violence really does happen here. Sexual violence isn’t abstract — it’s personal. It happens on the College of William and Mary campus, and it happens to the College’s students. When surveys and news articles discuss sexual violence on college campuses, we need to remember that they’re writing about us.

We’ve also been encouraged by the outpouring of support and encouragement for the survivors who have chosen to share their stories. That’s not to say there hasn’t been misplaced levity or outright insensitivity too, and those insensitive remarks don’t hurt less merely because they’re outweighed by positive messages. But the majority of comments show that the College’s campus is filled with caring students willing to provide unconditional support for the survivors of sexual violence.

We want to add our voices to those voices of support. As members of Someone You Know, an all-male group, we feel it’s important for men to speak out against sexual violence. But we don’t just speak as men. We speak as students, family members, community members, partners and friends. We believe sexual violence isn’t just a women’s issue or a men’s issue. It isn’t distant, and it isn’t just about the statistics. If there’s one thing we can learn from William & Mary Confessions, it’s that sexual violence impacts us all.

If you have been sexually assaulted, or you know someone who has been sexually assaulted, there are resources on and off campus that will offer you support. The William and Mary Counseling Center is open from 8 to 12 a.m. and 1 to 5 p.m. Monday through Friday. In emergencies, the After-Hours Crisis Center is available at all times at (757) 221-4596. William and Mary Campus Police can be reached directly at (757) 221-4596 if a survivor wishes to report the incident. More resources can be found at http://web.wm.edu/sexualassault. And students in groups like Healthy Relationships, HOPE and Someone You Know are always willing to lend their support.

Email Someone You Know at oneinfour01@wm.edu.