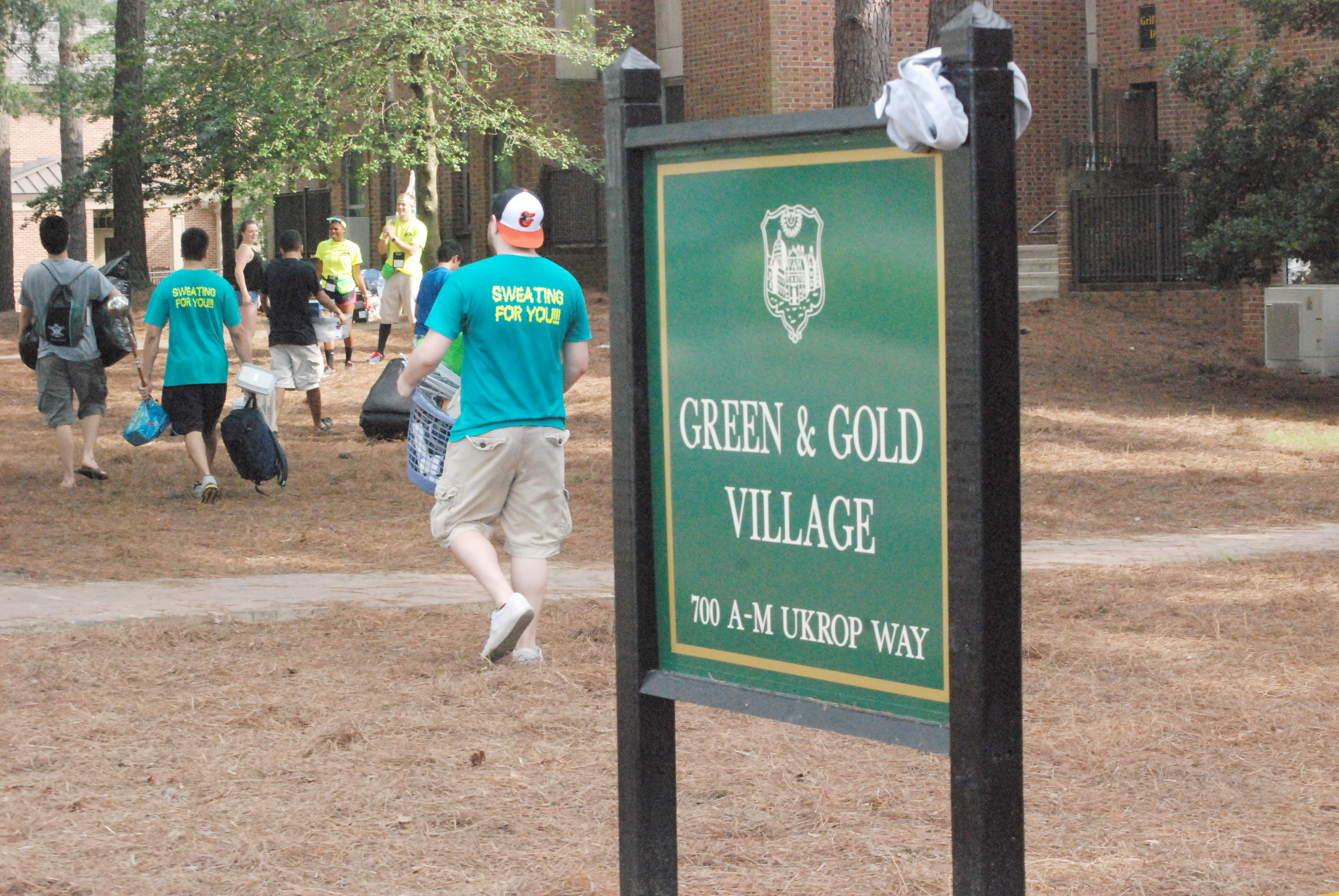 As last spring semester came to a close, a student vote reassigned the old units as freshman housing for the 2013-14 academic year. Two weeks ago, a significant portion of the College of William and Mary’s incoming freshman class moved into the rechristened Green and Gold Village, with the existing buildings being re-named Lion, Griffin and Eagle halls.

To accommodate the freshmen’s needs, the College decided to refurbish the buildings, install air-conditioning in the upper and lower lounges, buy new furniture for as many rooms and lounges as possible, re-paint, and hang up new artwork to add to the welcoming aesthetic. The changes were time-consuming and took much of the summer to complete.

“We do our best to provide great service and to get residents excited about their new life at William and Mary,” DuPont and Green and Gold Village Area Director Terry Fassanella said.

Aside from the many physical changes made to the buildings, the Residence Life infrastructure also changed to make the transition for freshmen and their resident assistants as seamless as possible.

“Training was an intensive week-long process, with training for about six hours a day,” Eagle Head Resident Sarah Carroll ’15 said. “We went over wellness techniques, mediation, how to create a warm environment without bias and really just how to be a role model and foster community amongst the incoming class.”

During students’ freshmen year, they typically have an RA of the same sex. However, with the Green and Gold Complex buildings only having one RA for every 36 residents, each has residents of the opposite sex. Each floor is male or female, respectively, but each building has a mixture of both sexes.

“I adore my RA,” Ashlyn Lancaster ’17 said. “It isn’t weird at all having an RA of the opposite sex, and during the first hall meeting, he let the girls know that we could come to him with any questions or concerns and that, if he couldn’t help us, he would find someone that could.”

Lancaster’s RA in Griffin B, Evan Brandolino ’16, said he thinks that having RAs and residents of opposite sexes is not unique to the College.

“From what I hear, we are behind the curve; other schools have already had freshmen and RAs of opposite sexes for a while,” Brandolino said. “In the view of other people, it is definitely a step in the right direction. I really enjoy having both guys and girls in my unit. It is a unique experience because you are able to deal with many different things.”

Previously having housed upperclassmen and most of the fraternities, the Green and Gold Village does still carry a bit of its previous stigma, but a paradigm shift in how students refer to the group of buildings is beginning.

“I really do like the setup and location [of the village],” Elena Sakach ’17 said. “I can walk to the gym or the Caf and am close to the library. I also really like being so close to the other freshmen. There are so many freshmen here and it really builds a community, but it’s nice that each hall is still individual. It’s large and small at the same time.”

The Green and Gold Village will serve as the latest addition to the freshmen community at the College.

“The Green and Gold Village just enforces the idea of community that William and Mary is always talking about,” Lion L RA Elizabeth Castellanos ’15 said. “Now that a huge portion of the freshmen are living in one place, so close together, they are meeting so many more people. It is a great experience because they are surrounded by freshmen everywhere.”