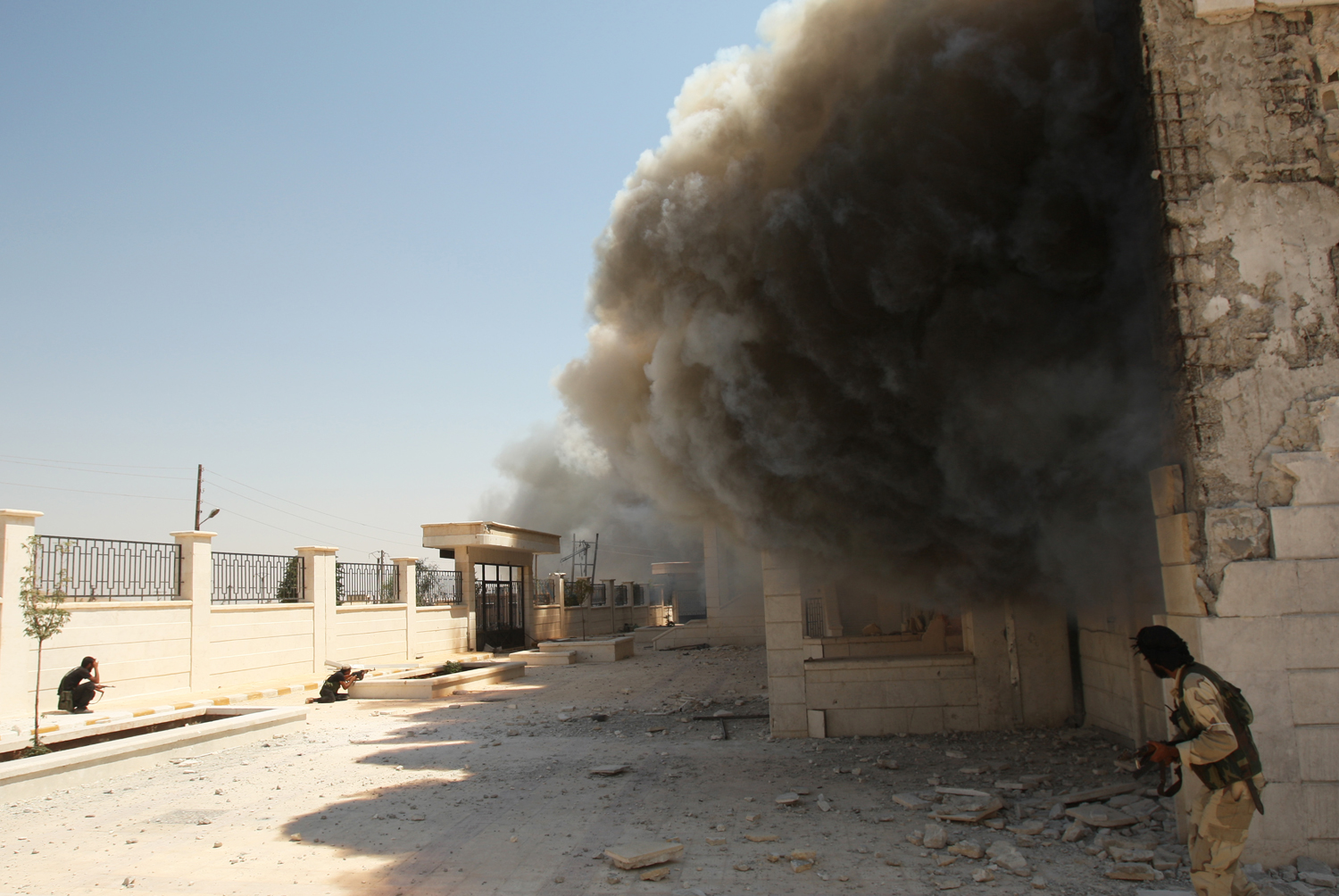 When Evan Coyne ’12 arrived in Syria in January 2011 to study Arabic, he thought Syria’s stable political climate would remain constant.

“At the time we were watching the other revolutions in the area, like in Yemen, but no one ever thought that would happen in Syria,” Coyne said.

Two years after being evacuated from his university in Aleppo due to political and military tensions, the conflict has turned into a civil war and the United States is deliberating intervention.

“I think that the United States has had a lot of opportunities in the past to possibly do something more effective, but now we’re at a full blown civil war rather that just a revolution,” Coyne said. “There are on average about 5,000 Syrians being killed every month and the violence is not going to stop. We have a lot of very limited options right now.”

President Barack Obama’s administration is proposing a ‘punitive military strike’ against the Assad regime in Syria in response to President Bashar al-Assad’s alleged use of chemical weapons against civilians. Syria has been involved in a civil war for the past two years.

The use of chemical weapons crossed the “red line” Obama had previously set, leading to the recent call for military intervention.

“I don’t think you cure a humanitarian problem with more violence. It may make you feel good by dropping a few bombs, but it just adds to the violence,” Distinguished Adjunct professor of government and public policy Colonel Lawrence B. Wilkerson said. “The only way that’s moral, in my mind, is if the outcome produces a better situation in Syria. Right now that’s very doubtful, you’re probably going to produce something like Afghanistan.”

For the United States to take military action, Congress must vote to approve the strike. Obama, Speaker of the House John Boehner and Secretary of Defense Chuck Hagel, as well as Senators John McCain and Lindsey Graham, among others, have all expressed support of the strike.

“I am quite skeptical about the efficacy of a limited U.S. military strike against Syria,” government professor Deborah Shushan said. “It will inevitably kill innocent civilians, may lead to a further radicalization of the extremely splintered opposition to the Assad regime, and is likely to fan anti-U.S. sentiment in a region already quite resentful of meddling by the U.S. military.”

The strike is in response to the reported 1,400 Syrian deaths as a result of sarin gas. The conflicts over the last two years have resulted in hundreds of thousands of deaths.

“Death is death, and, whether you do it by bullet, bomb or sarin gas, doesn’t make a difference,” Shushan said. “I think that the rationale for the U.S. government is that there tends to be this dichotomy when it comes to the use of chemical weapons.”

Despite the numerous deaths, technically, Syria has yet to violate international law, although the use of nuclear weapons does conflict with international norms. However, the U.S. government would be violating international law if we were to proceed with the “punitive” strike.

The United States has already ruled out the options of putting “boots on the ground” in Syria as well as implementing a “no fly zone” or supplying Syrian rebel forces with arms.

The Obama administration has been pushing for a peace deal with the Assad regime, but Syria has refused all efforts.

“A military strike would exacerbate hostilities, but we have to make a choice,” religious studies professor Tamara Sonn said. “Are we considering intervention at a humanitarian level or are we wiling to risk expansion of the war in Syria by appearing to take a partisan stance?”

Any actions taken in Syria will inevitably affect the rest of the region. Some believe the strike is more about sending a message to Iran rather than Syria.

“If it’s perceived to be a strike or chemical weapons use and if it’s not too intense or too long that’s one thing,” Wilkerson said.  “But if it’s regime change and around the clock bombing, Iran will have a significant problem with it. But its also a question of credibility, the United States does not have good credibility in the region right now.”

Sonn agreed that what happens in Syria will affect the rest of the area.

“Any action taken in Syria is unquestionably impacted by other countries in the region, in particular Iran,” Sonn said. “Ideally, our allies would talk to Iran about bringing their nuclear program into accord with international law in exchange for [Iran] pulling their support of the Assad [regime].”

Although they are thousands of miles away, some students at the College of William and Mary are feeling the effects of the tension.

“As cliché as it sounds, its insane to think how we are all the same and how divergent our lives are,” Maryam Kanna ’14 said. “Students our age in Syria may not be able to go to school because their professor got kidnapped or because there is a protest outside their university. It really puts things in perspective.”