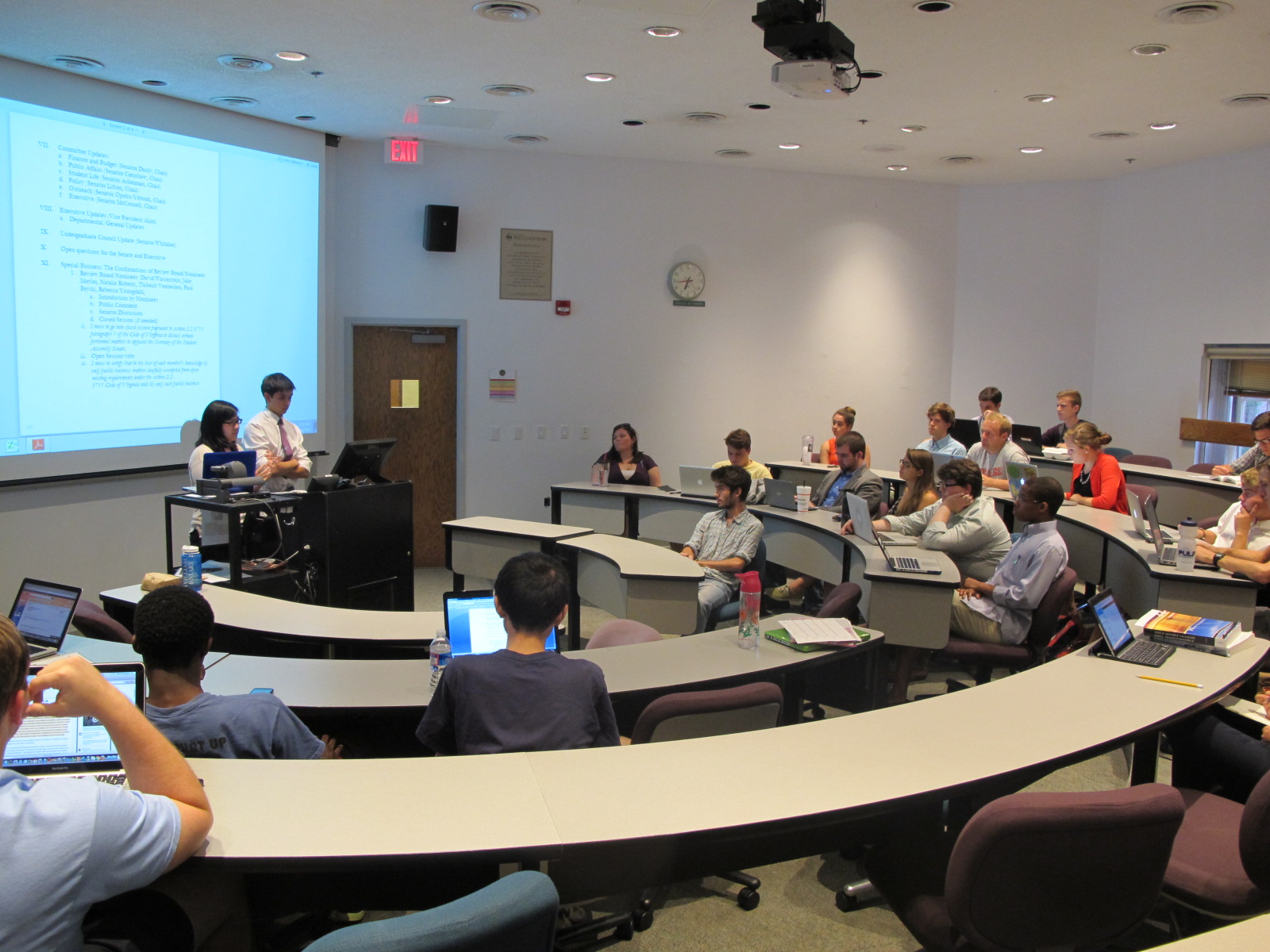 During Tuesday’s Student Assembly meeting before Fall Break, senators rejected the Hark Upon the Ballot Box Act after a lengthy debate arose surrounding the bill’s cost, time sensitivity and effectiveness.

Following senators’ concerns during the Oct. 1 meeting, particularly on the inclusion of the T-shirt funding clause, Sen. Jimmy Zhang ’15, sponsor of the former Voting Rights Act of 2013, implemented major changes. Zhang divided the clauses of the original bill into three separate bills for voting Oct. 8 — the Hark Upon the Ballot Box Act, the Exec PA Reimbursement Act and a revised Voting Rights Act of 2013.

For the last two years, the Hark Upon the Ballot Box T-shirts were included in the SA’s “Get Out the Vote” efforts.

“Last year all T-shirts were sold … and all money was returned with a little bit on top to the Student Assembly,” Secretary for Public Affairs Zach Woodward ’14 said.

Despite a few senators’ attempts to argue in favor of Hark Upon the Ballot Box, the proposal was voted down.

“I don’t know if it’s necessarily the Student Assembly’s responsibility to be a T-shirt distributer,” Sen. Daniel Ackerman ’16 said. “This isn’t a do or die thing.”

Zhang’s changes to the Oct. 1 Voter Rights Act of 2013 also included removing the clause concerning the reimbursement of Brady Meixell for the voter registration forms he paid for out of his own pocket. This clause became a separate bill — the Exec PA Reimbursement Act — and went to the Finance, Executive and Public Affairs committees for review.

The Voting Rights Act of 2013 in its new form still includes printing Election Day posters and brochures and encourages SA members to write “Thank You” notes to the Voting Registrar’s Office. The SA passed the bill unanimously.

SA Chairman Will McConnell ’14 introduced the constitutional amendment Changing the Election Day Act during new business. The bill addresses how the SA should respond in the event that the VoteNet service should fail, as it did with the elections originally scheduled for Sept. 26 and later rescheduled for Sept. 30.

“We had to call two special sessions of the Senate Sunday [Sept. 29]. It was a pain for many of us,” McConnell said.

“The bill is not designed to take power away from the Senate,” McConnell said.