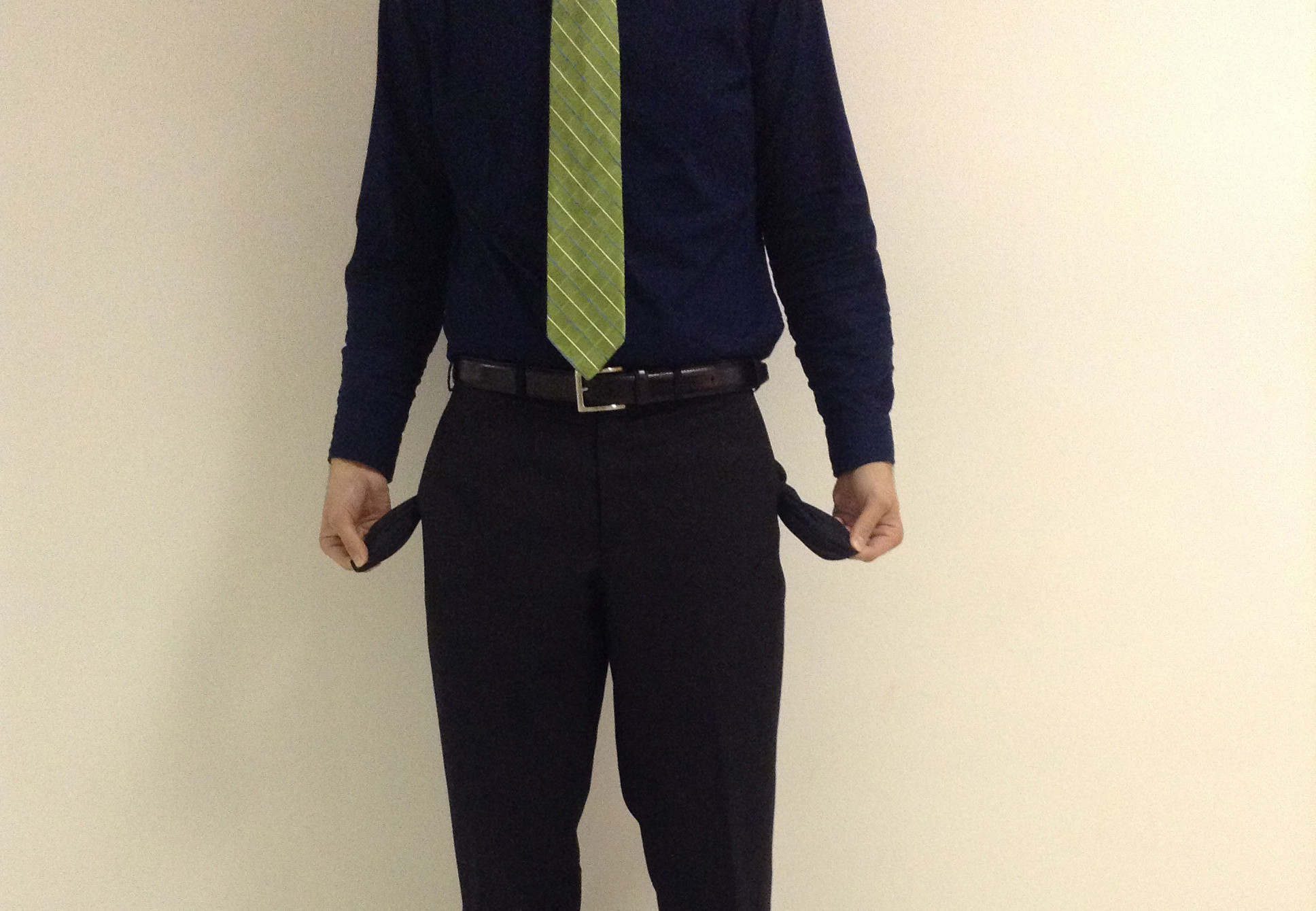 Before her junior year at the College of William and Mary, Juliana Dahbura ’14 spent over $5,000 of her savings in order to complete three unpaid internships at three for-profit companies in New York City.

The next summer, Dahbura was excited about the paid internship she had received. But as salary negotiations continued, Dahbura turned down the internship due to issues with the stipend the company offered as compensation for her future work. Instead, she opted to continue working at the Williamsburg Outlets rather than work in a potentially exploitive environment.

“The more that we were negotiating salary, it just felt crooked. … I know what the law is. This is not what the law is,” Dahbura said. “It’s kind of sad that I forfeited an opportunity which would have looked great on my resume compared to sales associate at Juicy Couture, but I don’t regret it. … The past couple years, for-profit businesses have really been taking advantage of internships as basically taking free labor.”

In September 2011, two interns working on the set of “Black Swan” filed a lawsuit against Fox Searchlight Pictures, citing the company’s violation of the six criteria laid out by the United States Department of Labor in the Fair Labor Standards Act of 1938 for unpaid internships at for-profit companies.

Requirements one through four stipulate that such internships must be educational, be for the benefit of the intern, must not displace regular employees and must provide training that does not provide immediate advantage to the employer. Points five and six outline that the intern is not entitled to a job after the internship and both parties must agree it is unpaid.

“It’s pretty much that, if you’re having an educational experience, then you don’t have to be paid,” assistant professor of economics and public policy Peter McHenry said. “The federal government has decided that even private companies that aren’t in the business of providing education per say, can offer education if they want to and if the students want to.”

The “Black Swan” interns said they completed basic tasks usually undertaken by paid employees. In June 2013, the Federal District Court ruled in favor of the “Black Swan” interns. Since the ruling, other such cases have arisen with interns from Conde Naste, W Magazine, The New Yorker and Gawker Media, according to USA Today.

After turning down her internship this summer due to its potentially illegality, Dahbura listened to Assistant Vice President for Student Affairs and Executive Director of Career Development Mary Schilling speak on National Public Radio’s “On Point” program about internships June 11.

“[Schilling] wasn’t defending internships, but she definitely wasn’t against them,” Dahbura said. “That really irked me because I had almost done this exploitive internship through the [Sherman and Gloria H.] Cohen Career Center.”

Following the interview, Dahbura researched the internships listed in the College’s University Career Action Network, an internship database with 22 college and university members, marking those she found high risk according to the FLSA. Dahbura sent this research along with a letter to the Career Center, concluding that she believed that, while the College may not be held legally responsible for connecting students with illegal internships, the College should verify the legality of the internships it displays to students.

“I believe that William and Mary, as well as all colleges and universities in the United States, have a moral and legal obligation to protect its students from illegal internships, regardless of the ‘benefits’ that the internships could bring to a student’s career,” Dahbura’s letter read.

The question of enforcement

Following Dahbura’s letter, Schilling and Dahbura met to discuss ways the College could address the issues Dahbura raised. Dahbura’s suggestions included adding information to the College’s webpage about the FLSA’s requirements and the formation of a think tank or focus group with students, faculty and local employers to think of other ways the College could handle potentially illegal internships.

Schilling reached out to the other members of UCAN to see what policies they had in place to combat potentially illegal internship postings. In responses, the University of Notre Dame, the University of Richmond and Old Dominion University said they include statements linking to the FLSA criteria for unpaid internships at for-profit companies. Schilling said the College plans to add a similar component within the site to inform, not restrict, employers as they post internship offerings.

“We could just not post any of them and then that means our students couldn’t do them, period,” Schilling said. “The question is: Is that the role that the College wants the Career Center to play? … I think it’s really dicey if we start being a gatekeeper.”

Schilling recounted a family weekend program in which the possibility of restricting students’ access to certain internships arose.

“[One audience member] raised his hand and said, ‘What are you doing about unpaid internships and this stuff?’ He said, ‘Is it going to hurt my son or daughter’s chances of getting an internship?’” Shilling said. “You see, already people are worried that we might say you can’t do an internship.”

McHenry echoed this opinion, stating that it remains the Department of Labor’s job to enforce and advertise regulations, not the College’s. He added that students at the College can make a reasonable choice without knowing the six rules or criteria, emphasizing the usually voluntary aspect of these relationships.

McHenry also highlighted the benefits even potentially illegal internships could provide students, including education in hard skills, such as training in certain programs, and soft skills, such as networking and workplace navigation. McHenry believes some internships provide the work skills which firms say colleges are failing to give students.

“I would be worried about very stringent actions by the government against internships because I think, in the conversation, it’s easy to ignore the benefit that students get from these relationships, or at least the potential benefits that students get,” McHenry said. “Economic theory would imply that, probably, if you raise the cost to a firm of providing these experiences to students, then the firms would provide fewer and that would be a bad thing for students who otherwise would have benefited.”

It is this qualitative data and these positive internship experiences that McHenry says the College should gather so that unrewarding internships can be avoided and beneficial ones sought.

“That’s the kind of information that you really want to know about in order to make a good, informed decision,” McHenry said. “I think we can all imagine an unpaid internship that is dynamite.”

Schilling also said the Career Center cannot logistically cull through the internships posted by the other 21 members of UCAN and Simplicity, the UCAN software, due to the time and labor it would require. As of press time, the database listed 1,351 internships available to students, 659 of which were unpaid.

The role of internships

Regardless of their legality, internships remain an important aspect of students’ careers. Schilling and Dahbura agree that internships are a necessity when entering the job market, as indicated by both employers and studies, such as the one conducted by the National Association of Colleges and Employers.

Dahbura described her concern that internships were replacing entry-level jobs and becoming a structural part of the market. McHenry cited the slowly recovering economy as a possible cause for this trend as well as companies’ mindsets as they note the unpredictable nature of the market.

“[The job market] is one of the worst parts of the economy and holding back the rest as well,” McHenry said. “I don’t think you really want to attack the symptom — the internships. … If there’s a big reserve army of people who want jobs and don’t have them, then firms can say ‘you know, we’re going to tighten out standards. We’re going to hire people who have a few years of experience.’”

Schilling described the reliance on internships in many creative fields, fields that also tend to offer unpaid internships rather than paid.

“I think students are hungry for and need magazine, communication, radio, TV, film, advertising, marketing [internships],” Schilling said. “That’s where students say, ‘Even if those are unpaid, I want the experience; I need the experience.’”

Dahbura emphasized her concern that students were unaware of the FLSA requirements when choosing to take unpaid internships at for-profit companies as well as the financial burden this places on students.

“[Students] get this idea that, ‘Everyone has to do internships, I’m just going to go with the flow,’” Dahbura said. “That’s a problem because that’s not how it should be and that’s not in compliance with the law. … If you want to get into one of these creative industries and you don’t have $5,000 to blow over the summer, then you can’t break into these industries at all.”

McHenry also mentioned this concern, describing the inability of students from certain economic backgrounds to take advantage of the opportunities provided by unpaid internships. McHenry noted that while some students can use parental connections and finances to complete unpaid internships, others cannot.

“Basically, the idea that only rich kids can afford to take an unpaid internship [is] unfair,” McHenry said. “My response to that would tend to be: Don’t get rid of the unpaid internship, but help students who can’t afford it.”

Schilling agreed, citing the need to financially support students so that they can enter the workforce through internships and gain experience in their career fields. Schilling said the career center is planning to form an internship fund for unpaid internships, primarily focused on unpaid, non-profit internships rather than those at for-profit companies.

“My thinking is we don’t want to support for-profit companies, we want to keep pressure on them,” Schilling said. “We’re never going to get the non-profit organizations and government to pay for internships, we can’t even get the for-profit companies to pay. So, I think, until we have it that all internships must be paid … I think we are expected to make it possible for students to do internships.”