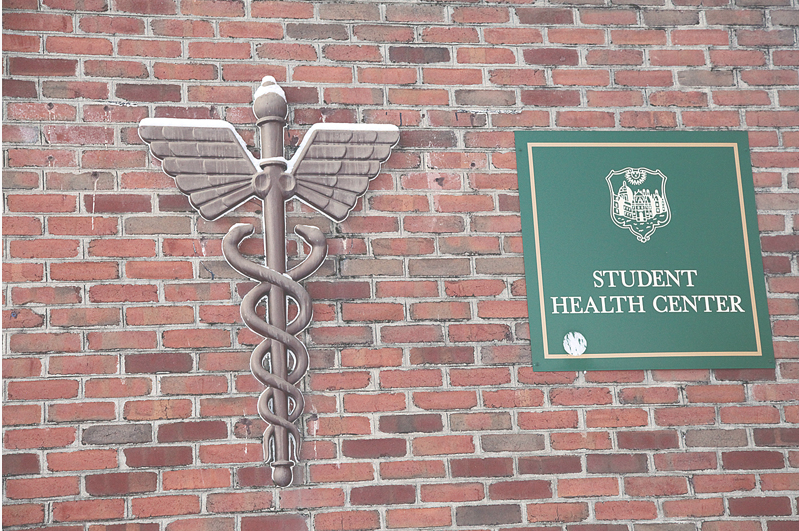 The College of William and Mary remains relatively healthy this year as other colleges battle an outbreak of meningitis.

Often, College campuses perpetuate the spread of illnesses among students and, recently, the rise in meningitis episodes at Princeton University has forced administrators to import a vaccine from Europe, yet to be approved by the FDA.

Officials at the College’s Health Center noted that the outbreak at Princeton might raise concern among students and parents here.

“We are expecting to get some phone calls from parents pretty soon,” Nurse Practitioner Karla Beckman, C.A.N.P., said.

The College has not reported any cases of meningitis and this year’s cases of mononucleosis have not deviated much from the usual trend so far; there have been 31 cases documented to date this year and there were 33 total cases last academic year.

The illness, characterized by fevers, sore throats and swollen lymph nodes, is transmitted from person to person by salivary exchanges. Mono can stick around for prolonged periods of time.

Mono tends to make the infected extremely tired and sore. It is during times like finals when students are even more susceptible to infection because of stress and lack of sleep — two factors known to reduce immune function to a certain degree. Exercise, on the other hand, helps to strengthen  the immune system.

As influenza season nears, the rumor mill perpetuates fear of contracting the viral infections that seemingly “everyone” has on campus. The Student Health Center believes that now is the time to start thinking of what can be done to stop illness in its tracks.

While some sicknesses, such as the flu or pharyngitis, otherwise known as strep throat, are more prevalent  in the winter and spring months, some infections such as the common cold, mononucleosis or pink eye caused by an adenovirus, appear throughout the year and can strike at any time.

“The answer to ‘Am I contagious?’ is always ‘Yes.’ You have already gotten the sickness from someone or something else and it can often happen when the person is unaware they are sick,” Beckman said. “Especially with mono or influenza, when students come in and we are all careful to avoid spreading it, but when people have lesser symptoms it can be confused as a cold they can then transmit the virus to others.”

A common cold is a mild upper respiratory viral infection that can be caused by about 200 subtypes of viruses. Symptoms typically result in congestion, sneezing, snore throats, a cough, headaches or low-grade fevers.

“I felt a little bit off when I woke up at the beginning of the week and it all started with congestion,” Ian Baine ’15 said. “I might have had a bit of a fever, but mostly I was achy and beyond tired. I just slept a lot, used some steam from the shower to clear my congestion, took a little Tylenol and drank a lot of fluids.”

There is no cure for a cold, but the symptoms can be treated; a typical common cold will last up to one and a half weeks. There is no proven method of preventing a cold from appearing, but vitamins and healthy lifestyle choices, as well as vigorous hand washing, are recommended.

“The biggest way to prevent the spread of illness is to wash hands or sanitize your hands religiously, not just when you use the restroom,” Beckman said. “Staying out of class is also very important. Students need to rest and recuperate, but also need to help fight the spread of contagion.”

When coughing or sneezing occurs, respiratory particles in the air can spread in a roughly six-foot radius. It is important to cough into your arm or sleeve instead of the hands or directly into the air.

To date, the number of cases of strep throat this academic year lies between 21 and 25 cases, which does not vary much from the trends of last year.

Sore throats can be caused by viral or bacterial infections and typically resolve on their own. Symptoms of a sore throat can be treated with lozenges or oral rinses. However, strep throat is a very particular kind of bacterium known as group A streptococcus and is typically treated with antibiotics so it clears up quickly. If diagnosed with strep, it is important to stay home from work or school until 24 hours of antibiotics have been taken so contagion is less likely.

“I know students are always really concerned about whether or not they will be able to attend class because they feel like they will fall behind, but rest and proper nutrition are so important to getting better,” Beckman said.

Symptoms of strep throat include pain in the throat, fevers, enlarged lymph nodes in the neck and white patches of pus on the side or back of the throat. Symptoms such as coughing, runny nose or irritation or redness of the eyes are associated with a sore throat or the common cold, not strep throat. Mononucleosis, influenza, gonorrhea, human immunodeficiency virus can also cause sore throats, so it is important to be aware of other existing symptoms as well.

“We haven’t had any cases of influenza yet on campus,” Beckman said. “We had a late and mild flu season last year and are hoping for the same this year. We probably won’t see any cases of flu until December.”

With the flu, the first three to five days are when one is most contagious. The greatest risk to spread contagion is usually when the patient has the most symptoms. Vaccines for influenza are still available at the health center for free.