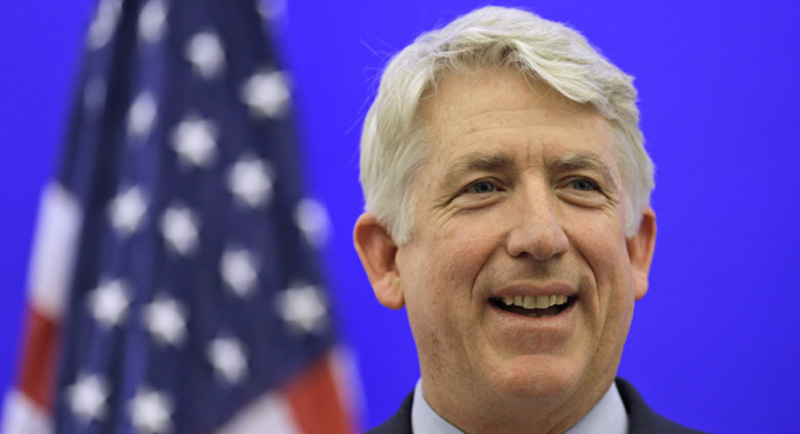 Refusing to defend the state law, Herring said he would support same-sex couples that have filed lawsuits challenging the ban.

If Virginia’s ban on same-sex marriage is eventually overturned, same-sex couples could wed in Virginia, and the College of William and Mary would potentially be able to offer same-sex partner benefits to faculty and staff. At present, the College operates on the state’s health plan, which does not extend such benefits. The faculty assembly wrote a resolution advocating same-sex partner benefits last fall.

Herring voted for the same-sex marriage ban in 2006. Eight years later, he has deemed his previous opinion unconstitutional.

“Attitudes change and people change,” Marshall-Wythe School of Law Professor Neal Devins said. “Things that were not discriminatory at one point in time now seem horribly discriminatory today. A lot of it is also tied to changes in the Democratic Party in general.”

Historically, it is the attorney general’s job to defend the laws of the state. This is not constitutionally required, but rather convention. If the attorney general does not agree with a law or statute and that law is then tested in a court of law, someone else with legal standing in the state can defend it.

“It has happened before, but it is uncommon, especially in Virginia.” Hamilton said, “This attorney general hasn’t been in office for a month yet, and so it’s a strong position to take on this important civil liberty issue.”

William and Larry co-founder Christian Bale ’14 said he views Herring’s refusal to defend the ban as a positive development for the state.

“He’s just going to lend his support — it’s just about political climate,” Bale said. “It’s good for the College. It’s this overall mentality in Virginia that equality has come of age right about now. “

According to Marshall-Wythe School of Law Professor Vivian Hamilton, if the courts find Virginia’s ban on same-sex marriage unconstitutional, court clerks may be required to immediately begin issuing marriage licenses to same-sex couples in the state who meet the other requirements for marriage. Therefore, the College would also be required to extend to those couples the same benefits currently provided to legally married heterosexual couples.

Members of the College community have discussed the issue of same-sex partner benefits since the early 1990s.

Last semester, the College revisited the issue. The College’s Faculty Assembly unanimously voted Sept. 24 that the College should extend benefits to employees’ same-sex domestic partners. The resolution emphasized that over 200 colleges and universities nation-wide currently extend such benefits.

At the moment, the District of Columbia — along with 17 other states — allows for same-sex unions. If Virginia were to follow suit, it would be the first state in the south to do so.

If the ban were found to be unconstitutional, however, it is possible that a court could issue a stay that would delay enforcement of the court order until a higher court decides the issue, as the losing party will almost certainly appeal.

Although Herring will not enforce the ban, gay marriage will stay banned until the legislature goes forward with another amendment or the Supreme Court of the United States decides to overturn the state level ban on gay marriage.

“What does it mean for William and Mary at this point?” Bale said. ”It means that the atmosphere is getting better. We now have an attorney general’s office that is aligned with what we want for the state.”