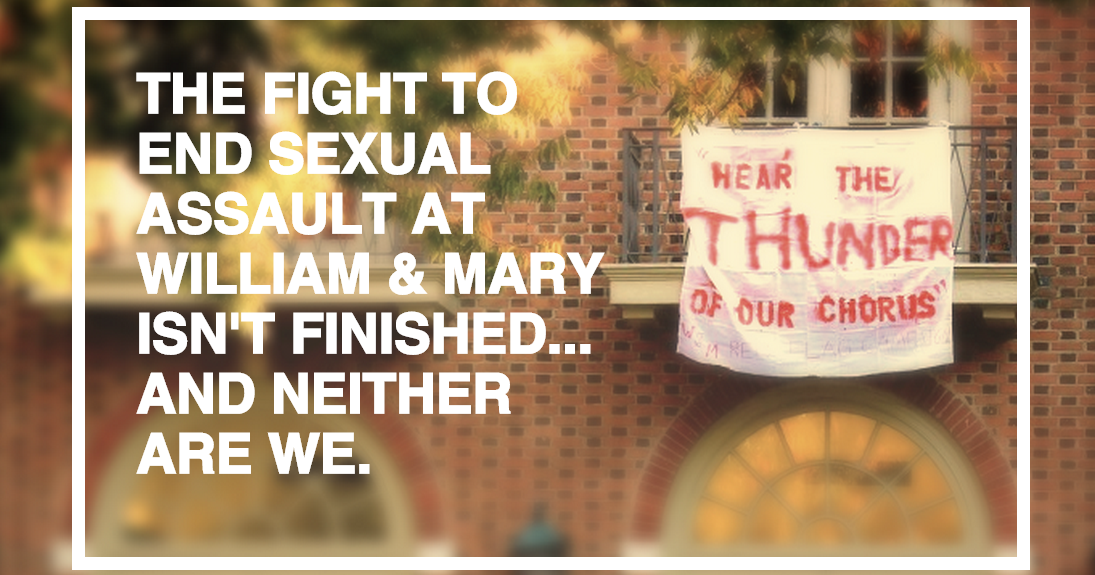 A group of alumni of the College of William & Mary have joined together to form an organization aimed at connecting alumni and students interested in preventing sexual aggression on campus.

The Alumni for Sexual Aggression Prevention was formed in January 2015. In the past few weeks, the group has launched both a Facebook page and website to keep alumni informed about sexual aggression on campus.

“Primarily, we believe that alumni are really well-positioned to work with the administration,” founding member Jackie Carroll ’13 said.

Carroll formed the group along with her fellow classmate Katie Stiffler ’13, Hannah Boes ’14 and Doug Tibbett ’14.

Carroll said the group believes that students should be able to promote change on campus beyond their undergraduate years. ASAP hopes to show alumni that it is never too late to make an impact on campus.

“[Being an alumna] is a life-time appointment,” Carroll said.

Stiffler said that the organization has three main goals to keep alumni involved.

“One would be to support on-going work of on-campus students,” Stiffler said.

Mallory Tucker ’15, a member of the William & Mary Task Force on Preventing Sexual Assault and Harassment, has already been in contact with the group. Tucker co-wrote an article for the ASAP blog along with Brittney Harrington ’15 and Maggie Perreault ’15.

Tucker said she was excited about the prospect of alumni increasing awareness and she plans to join the group after graduation. She thinks ASAP could help bring attention to the issue.

“This is an issue that has gotten a lot of attention recently,” Mallory Tucker ’15 said of sexual violence. “We don’t know if that’s going to change.

Stiffler said the other two main goals are to increase outreach between alumni and current students and to keep the alumni base aware of on-campus aggressions as well as community progress.

Like Tucker, she hopes that these goals will keep the problem of sexual aggression on everyone’s minds.

Carroll said they hope their Facebook page will allow them to connect with students about current issues.

To connect with alumni, ASAP plans on producing a monthly newsletter to keep alumni up-to-date about how the fight against sexual aggression is going on campus.

“We’re envisioning a William and Mary family on and off-campus that rejects sexual violence,” Stiffler said. “We recognize that a community-based approach is the best way.”

Carroll emphasized that the group commits itself to helping the organizations already present on campus by providing them with this off-campus support group.

“For students, it can be a knowledge resource,” Tucker said. “Hopefully, [they] won’t be afraid to reach out to the group.”

Tucker also said that the group will allow on-campus organizations to start a dialogue with alumni about what has worked in the past to promote awareness.

Carroll and Stiffler hope that students can rely on, and reach out to, members of ASAP.