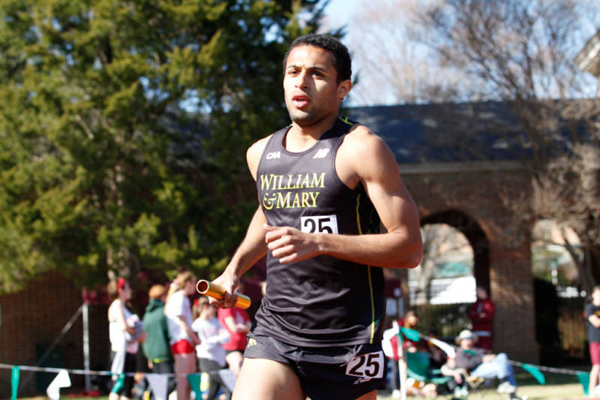 William and Mary is less than one week away from the Colonial Athletic Association Championships held at Zable Stadium May 1-2. With the conference championships so close, the College did not send the full squad to compete in any tournaments last weekend. Still, the Tribe sent a small selection of athletes to compete at the 121st Penn Relay Carnival last weekend, one of the most renowned track and field meets in the world.

For the men’s team, junior Brian Waterfield set a new school record, throwing the hammer 63.81 meters, almost a full meter farther than the previous record of 62.82 set in 1993. He finished in second place for the event, and is currently ranked 21st in the East Region in the event.

Despite still being a rookie, Mistowski previously set the school record for longest throw earlier this year, and her effort at Penn Relays was the third longest distance in school history.

The Tribe also had three women finish in the top 10 for their events. Leading the way was freshman Leia Mistowski, who finished fourth overall in the hammer throw with a toss of 53.39 meters. Despite still being a rookie, Mistowski previously set the school record for longest throw earlier this year, and her effort at Penn Relays was the third longest distance in school history.

On distance, junior Meghan McGovern finished 10th overall out of 32 contestants in the 5,000-meter race. She set a new personal record at 16:22:01. Freshman Molly Breidenbaugh, competing in the 3,000-meter run, also finished 10th overall in her event with a time of 9:48:47, earning her a qualifier for the Eastern Collegiate Athletic Conference meet. On the men’s side, junior Ryan Gousse competed in the 3,000-meter steeplechase and finished with the second-best time in the CAA, 9:17.34 for 16th place.

A few athletes, such as juniors Taylor Frenia and Katie Johnston, used the Penn Relays as a final tune-up for the CAA Championship. Frenia put the shot 15.73 meters in the shot put event while Johnston threw 41.22 meters in the javelin event. Both are expected to contend for a conference title, so they put forth a lesser effort than usual to avoid injury.

This competition wraps up the track and field regular season, but the student-athletes are far from finished for the year. After the CAA championships this weekend, there are still many other races to compete in, including the Virginia Grand Prix, the ECAC and Intercollegiate Association of Amateur Athletes of America Championships as well as the National Collegiate Athletic Association Championships. Any athletes who perform well enough will also be given the opportunity to compete in international competitions over the summer.