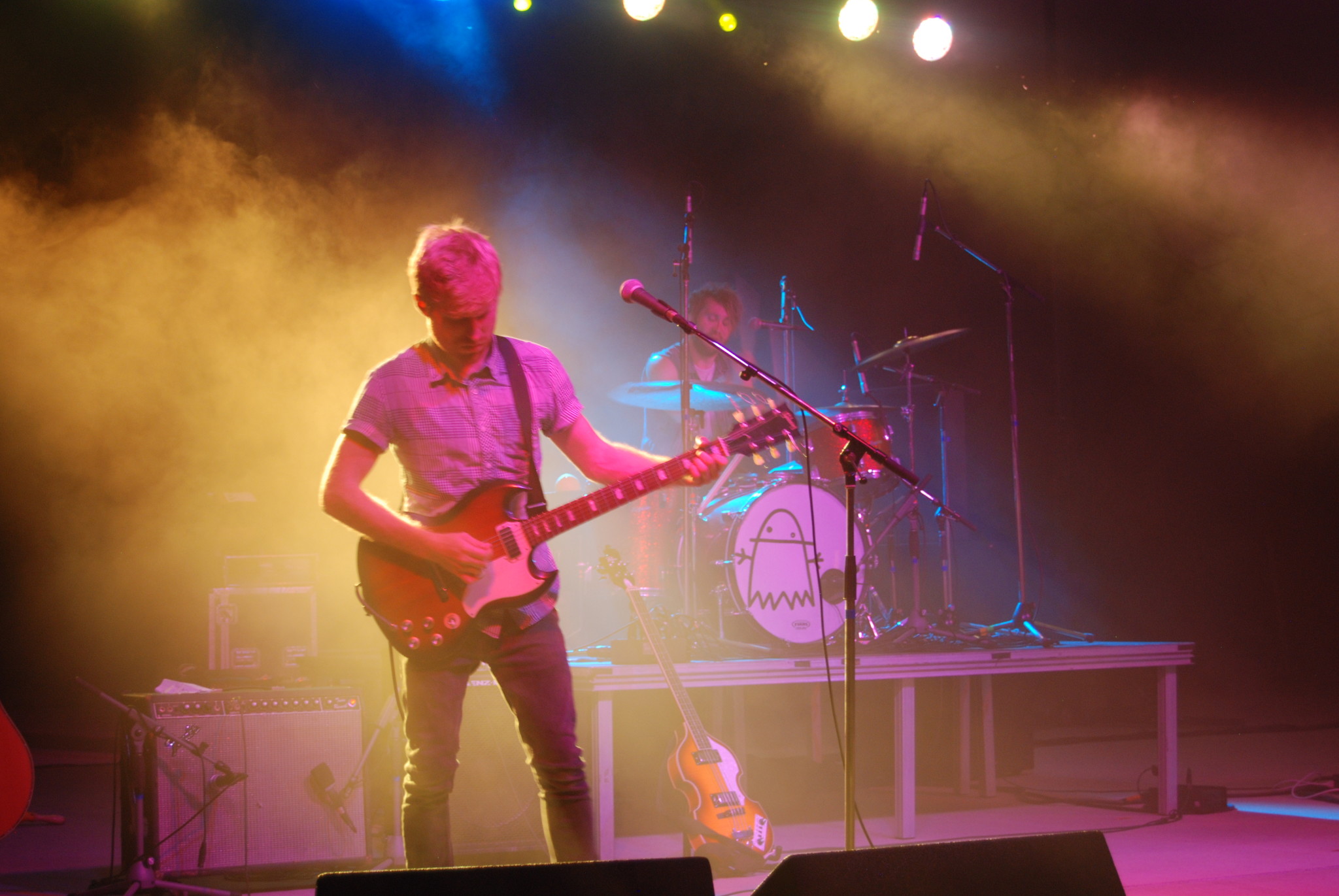 Not too long ago, in a college not unlike our own, a conversation was happening about a band.

Ben Thornewill, Tommy Siegel and Jesse Kristin were students at George Washington University when they met. Siegel was a guitarist seeking a band and Thornewill and Kristin had an opening. The resulting combination was the piano pop group, Jukebox the Ghost.

According to Siegel, the three members came from vastly different musical backgrounds.

We probably wrote three records worth of material that we just never recorded, and thank god we never did.

The band spent their college years testing the waters and trying out different styles.

“The first few years of our band was just figuring out how we work together,” Siegel said. “We probably wrote three records worth of material that we just never recorded, and thank god we never did. We were just figuring out what worked and what didn’t, and college is kind of the perfect time to do that.”

The group ultimately found a way to work their separate styles into a cohesive sound.

“Eventually we all just figured out how to make it work,” Siegel said. “We all have really different ideas of what music should sound like when we’re listening on our own, but this funny thing happens when we all get together we can generally agree on what the band is supposed to sound like.”

The band’s name reflects that same meshing of the members’ distinct styles. Dissatisfied with their original name, The Sunday Mail, the three sat down to decide on a new one.

“It was probably an over-democratic process,” Siegel said. “We were kind of mining for words. I came up with the word jukebox, Ben thought ghost would be cool and Jessie wanted us to be a ‘The’ band like The Strokes or The Killers, so we just kind of sandwiched all three together.”

‘Oh my god I’m playing guitar on stage and all these people have paid to listen to me play a guitar and sing.’

The band has released four albums, shared stages with artists like Jack’s Mannequin, Ingrid Michaelson and Ben Folds, and averages around 150 shows a year. For Siegel, the best moments of those performances are the ones that allow him to step back and marvel at the wonder of playing music in front of so many people.

“[It’s] that moment of awareness, where you’re not constantly thinking about the next thing and you can actually be like, ‘Oh my god I’m playing guitar on stage and all these people have paid to listen to me play a guitar and sing,’’” Siegel said. “If I can chase that kind of high at a show, that’s where it’s at.”

The band has also developed a loyal base of “uber-fans” over the years. According to Siegel, the band members make an effort to get to know these fans.

“We know tons of our fans by first and last name,” Siegel said. “We’re not on some kind of pedestal. I think when you get pretty famous there’s this wall between you and the fans, but we are definitely there at the merch table every night. If you want to meet Jukebox the Ghost at a Jukebox the Ghost show, you will.”

Their most recent album is self-titled Jukebox the Ghost. Siegel said that the band really stretched themselves in a different direction from their previous albums when they were writing it.

We know tons of our fans by first and last name. We’re not on some kind of pedestal.

“It’s our most commercial record, and it’s totally the weirdest,” Siegel said. “The process of making it [was] a lot more experimental than what we were used to. Bass is really prominent on the record, which hadn’t really been featured up front on our prior releases.”

Though pleasantly surprised at the path his music has taken him, Siegel admits that even if this hadn’t become his career, he would never have given up music.

“I didn’t think that it was something that I could do as a career. That was a really nice surprise,” Siegel said. “But, even if we weren’t making money off of it and I was working another job, I’m sure I would still have a band. Playing music is just something I love doing.”