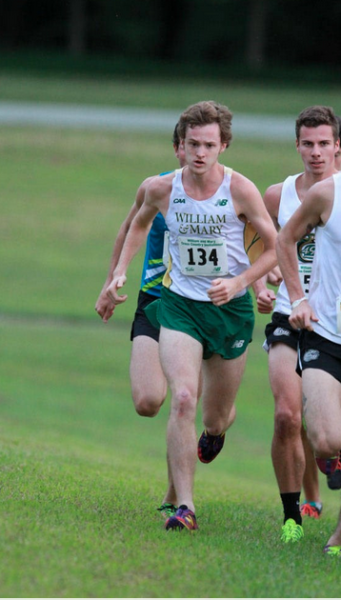 Friday’s race in Wisconsin featured 36 teams, many of them ranked in the top 25 in the country. The Tribe women finished 16th overall in a 6 kilometer run, placing ahead of four teams ranked higher than them: No. 21 Vanderbilt, No. 19 North Carolina, the hosts No. 14 Wisconsin and No. 20 West Virginia. Sophomore Regan Rome was the only Tribe runner to finish in the top 10, crossing the finish line at 19:54.4. Senior Emily Stites joined Rome in the top 20, earning 15th place with a time of 20:03.2.

On the men’s side, the Tribe as a team finished in last as expected in their 8 kilometer race, but several runners improved their times from last year’s race. Junior Faris Sakallah led the way for the College finishing in 24:49.7, shaving more than 40 seconds off his 2014 time. Senior David Barney joined Sakallah in a sub-25 minute run club, crossing the line at 24:58.4, 26 seconds faster than his performance in 2013.

The Tribe runners at the CNU Invitational Saturday found more success than their teammates traveling home from Wisconsin, with both the men’s and women’s teams beating out squads from Norfolk State, Virginia Commonwealth and Hampton.

The Tribe runners at the CNU Invitational Saturday found more success than their teammates traveling home from Wisconsin, with both the men’s and women’s teams beating out squads from Norfolk State, Virginia Commonwealth and Hampton. The Tribe women placed four runners in the top 10, led by freshman Deirdre Casey in fourth place with a 2:51.0 time. Sophomores Audrey Gordon and Rebecca Eudailey and junior McCall Ledgett finished sixth, eighth and ninth respectively. Rounding out the Tribe’s results, senior Meghan Mulroy came in at 13th, while junior Felicia Hammer and sophomore Lindsay Myers took 15th and 21st respectively.

Sleight earned top honors with a 25:10.0 run in the men’s race, 13 seconds ahead of the second place finisher, freshman Ryan McGorty. Senior Nathan Thomas took fourth, finishing in an even 26 minutes, while juniors Canvender Salvadori and AJ Tucker crossed the finish line together, tying for sixth place. Senior Paul Gates and junior Kurtis Steck finished in 13th and 14th respectively.

William and Mary next competes in the Colonial Athletic Association Championship on Oct. 31, hosted by the College of Charleston. The women’s race will begin at 10 a.m., followed by the men’s race at 11.