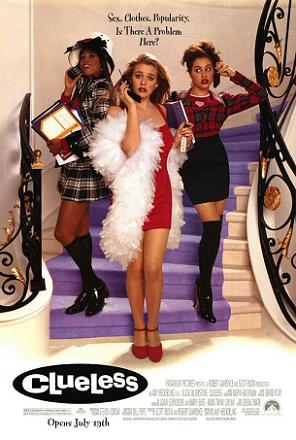 At the climax of Clueless, Tai insults Cher by saying, “You’re a virgin who can’t drive.” The remark leaves Cher totally buggin’, mostly because it’s true (FYI, “totally” pausing at a stop sign doesn’t count). At the College of William and Mary, that statement could be recreated as “You’re a sophomore who can’t park,” and the words would hit just as hard. As a freshman, not having a car on campus is a small frustration, but as a sophomore, it’s tragic. Indeed, “rollin with the homies” would be a lot more enjoyable if we could roll out of Colonial Williamsburg every once in a while.

To a sophomore who parks her car in a sketchy neighborhood to avoid parking tickets, a few more rectangles of pavement would be lovelier than the Grand Canyon, the California coastline and Zayn Malik’s face combined.

Why is this subject so relevant now, you ask? Well, with homecoming upon us, the College will be stretching out its metaphorical hands toward alumni for donations, just as it does every October. Take one look at what’s going on out on the Sunken Gardens, and you’ll know the thirst is real — the giant, white tent is not exactly subtle. My question is this: Can we maybe spend some of that sweet fundraising cash on expanding parking services? Sure, I appreciate the beauty of a relatively asphalt-free existence on campus, but to a sophomore who parks her car in a sketchy neighborhood to avoid parking tickets, a few more rectangles of pavement would be lovelier than the Grand Canyon, the California coastline and Zayn Malik’s face combined. Where these parking lots would go, I have no idea, but I’ve always been better at pointing out problems than fine-tuning solutions (in American Idol terms, I’m the Simon Cowell of the group. Also, RIP American Idol and the careers of most of its winners).

There must be an area on or near campus just waiting to be covered in asphalt and turned into a home for minivans with weird bumper stickers. Sure, we’re a “historic” College, which our campus reflects, but it’s time to move into the 21st Century, in which self-important kids such as myself have come to expect getting what they want. And let’s be real, the generations below me are only going to get brattier. How are they supposed to show off their Mercedes if they don’t get a spot in which to park it?

The College possesses a campus that offers a mythical bridge, a Sunken Garden and a statue of Thomas Jefferson that’s occasionally decked in swimwear — all uniquely ours — and as an aforementioned self-important kid, I appreciate this individuality as much as the next person. As a history major, I appreciate the tradition and beauty of our campus even more. In the case of parking, however, it’s time to find a space in which we can embrace the ugly parking lots and decks of our university counterparts.

Cameron Murphy is a Confusion Corner columnist who enjoys watching Clueless and incorporating its 90s slang into daily conversation.