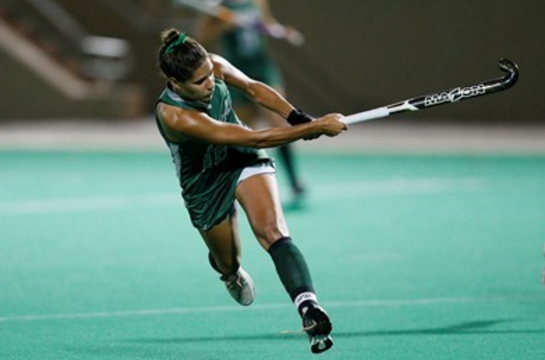 William and Mary (6-11, 1-4 CAA) had an up and down weekend with a pair of home games. First, and most importantly, the Tribe fell in a 6-2 losing effort against No. 19 James Madison (11-4, 5-0 CAA) on Friday. Despite this devastating loss that knocked the Tribe out of the Colonial Athletic Association playoff contention, they recovered in a win against rival Virginia Commonwealth University (5-11) on Sunday.

James Madison came into Williamsburg unbeaten in CAA play and ranked 19th nationally. The College looked desperately outgunned in the first 20 minutes of the match. While the six shots by Tribe players were fired to no effect — three off target, and three saved by James Madison goalie Sarah Kraeutler — both shots from James Madison’s Taylor West, coming at 3:44 and 13:35, easily found their mark. Kristen Reitano scored a third goal for good measure just four minutes later, as JMU continued to pressure the Tribe, outmaneuvering the defense as the goal was empty of a defender on the second and third goals.

Despite deterring the Dukes’ last five attempts in the first period, the Tribe was not able to create any shot attempts before the half and found themselves between a rock and a hard place down 3-0.

Despite deterring the Dukes’ last five attempts in the first period, the Tribe was not able to create any shot attempts before the half and found themselves between a rock and a hard place down 3-0.

“We knew they were a conference game that we had to win, so we wanted to come out and show them what we had,” sophomore midfielder Erin Menges said. “They’re a really good team and I think we didn’t play as well together as we could have.”

The second period started off in much the same way. Two more saves from James Madison’s Kraeutler on shots by sophomore forward Cammie Lloyd and junior midfielder Amanda McAteer in the 40th and 41st minutes were followed by two goals for the Dukes’ offense. James Madison’s Melissa Wilkens and West put shots past sophomore goalie Meredith Savage just 14 seconds apart from each other.

Despite being down 5-0, the Tribe played a much-improved game in the final 27 minutes, led by senior forward Pippin Saunders. Constantly on the offensive and in position to handle the ball for the Tribe, Saunders took 6 penalty corners through the rest of the game and was a constant headache for the Dukes, helping create shot attempts for her teammates. Wilkens still managed to add another goal with 20 minutes left.

Constantly on the offensive and in position to handle the ball for the Tribe, [senior forward Pippin] Saunders took 6 penalty corners through the rest of the game and was a constant headache for the Dukes, helping create shot attempts for her teammates.

“What is really nice about this team is that even when we were 6-0 down [James Madison’s Wilkens brought it to six at 60:37] against JMU this team just wants it: and they just keep coming back,” Head Coach Tess Ellis said. “Pippin is definitely a marked woman but when you put her on the forward line and she has only one or two lines to beat you can create danger, and teams know it.”

Saunders’ efforts provided returns twice off of assists from sophomore midfielder Ellis Booter, hammering them both in from the same spot left of the cage at both 66:16 and 68:21. However the effort was too little too late, and the Tribe fell to its conference foe 6-2, guaranteeing that the Tribe will miss the CAA playoffs.

“Not making conference, we know that next weekend is our last weekend,” Ellis said.

The Tribe faced Virginia Commonwealth (5-11) on Sunday in a rivalry game. Afteralmost uneventful first half with no scores and few good shots, Coach Ellis made a major adjustment that had effects on the play of both teams for the rest of the game. Instead of a traditional approach, the Tribe began to constantly throw 9 to 10 players on the offensive in order to overwhelm the Rams.

“I think that created panic for their backfield when they knew we were going to come with numbers at them and defend with three,” Coach said.

This strategy backfired with a score by Virginia Commonwealth’s Emily McNamara at 45:23 who was one-on-one with Savage. However the pressure eventually paid off, and the Tribe evened the score 1-1 with a Lloyd score off a Saunders assist at 55:17.

The game winner came from an unusual shot attempt. Sophomore midfielder Emma McLeod pounded a shot off the Virginia Commonwealth goalie that bounced high into the air, and Menges knocked it out of the air for the goal.

The game winner came from an unusual shot attempt. Sophomore midfielder Emma McLeod pounded a shot off the Virginia Commonwealth goalie that bounced high into the air, and Menges knocked it out of the air for the goal.

”We’ve been struggling with corners all year so it was nice to score off of that,” Menges said. “I think it was we had a good hit from Peyton and then there was kind of a scramble in the middle and then…Emma…set me up for a good finish.”

The Tribe was able to close out with the win. The College is now 17-3 at home all time versus Virginia Commonwealth.

William and Mary will finish the season next weekend with home games on Busch Field — first against Hofstra University Friday, Oct. 30th at 6 p.m. and Georgetown University Sunday, Nov. 1st at 1 p.m.