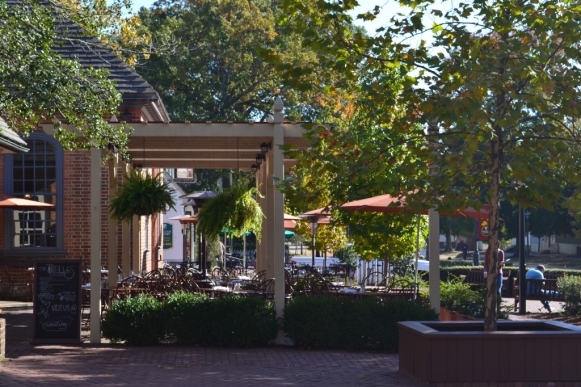 Locals flocked to get a taste of the Historic Triangle last week during the Williamsburg Harvest Celebration, which promoted locally grown produce, drinks and Virginia cuisine. The Celebration, which lasted from Nov. 11-15, featured 30 different culinary events, highlighting the talents of different Virginian restaurants, breweries and wineries, as well as guest chefs and food and drink aficionados.

The event was organized by the City of Williamsburg, York County, Williamsburg Winery and James City Council in order to celebrate the history and food of Virginia. Seven additional sponsors and seven partners also helped bolster the event.

The Williamsburg Farmers Market was also included in the Harvest Celebration with vendors selling food, produce and a variety of products. The Harvest Festival sponsored a tent hosting demonstrations by different culinary talents throughout the day; featured chefs included Justin Watson of Busch Gardens, Amy Brandt of Amy B. Catering and Sam McGann of The Blue Point.

“We like to sponsor a lot of events here in Williamsburg; we also like to give back to our community,” Reagan-Davis said. “This came about and was presented to me and I proudly became a sponsor. We were able to set our table up and give information to everyone who attended today. We’re giving out stadium cups the whole weekend at the different events.”

“What they really wanted was a way to just kind of get a student’s perspective on what should happen with the event,” Howard said.

The SMA formed a committee of students who helped promote the event through social media. However, Howard hopes to get the student body even more involved with the event throughout the next couple years to come.

“One of my goals was to get a student event to happen as a part of the Harvest Celebration, and to get student discounts for a lot of the other events because, while a lot of them are under $100, students are not going to pay $50 to $80 for events,” Howard said.

The Celebration this year was considered a success, with several events, such as the DOG Street Tapas Crawl, selling out quickly.

Hair of the Dog Bottle Shop, along with The Cheese Shop and Berret’s Seafood Restaurant and Taphouse Grill, were stops on the three-part Tapas Crawl. Pub Manager Lauren Davidson was key in the Bottle Shop’s involvement with the celebration.

“[The Harvest Celebration committee] was super cool; they did so much for us. They did the tickets, they did the events, the timing and all that, so all we had to do was super easy for us: decide what small plates we wanted and what beers we wanted to pair with them,” Davidson said.

The Bottle Shop’s focus on locally-brewed beers made it an appropriate fit for the Harvest Celebration.

“One of our goals when we opened was if it was a Virginia beer that was distributed in our area, we were to carry it,” Davidson said.

The Tapas Crawl featured unique plating selections at each store, allowing event attendees to experience different tastes wherever they went.

“We wanted all of the guests to have a completely different experience at all the places,” Davidson said.

According to Berret’s manager Emma Dickinson, Berret’s is dedicated to serving locally-caught fish and seafood, in order to reflect the purpose of the Celebration.

“For the most part everything is locally caught for the Harvest Celebration and our restaurant in general,” Dickenson said. “As much as we can, we try to be local.”