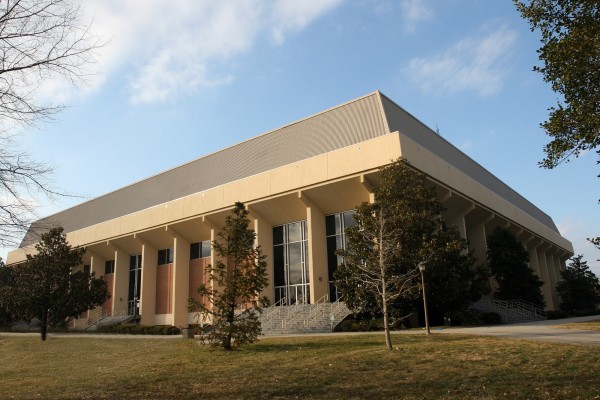 In light of this past weekend’s huge win over North Carolina State, I was reminded of a story former Flat Hat sports editors Woody Hawthorne ’79 and Rick Platt ’75 told me, about when William and Mary defeated No. 2 North Carolina in men’s basketball. The Dec. 7 matchup in Kaplan Arena took place back in 1977, during Thanksgiving break with few students around to celebrate. After 40 minutes of action, the Tribe persevered in the eventual 78-75 victory over the mighty Tar Heels, arguably the greatest upset in the College’s history.

Like the N.C. State game, the Tribe led for the majority of the contest in the upset, though the 34-minute lead back in 1977 resulted in a far more thrilling finish than the comfortable 17-point margin the Tribe held this Friday.  North Carolina, however, was a far greater opponent than the Wolfpack, having lost in the NCAA championship finals the previous year, whereas in 2014 the Wolfpack merely made the Sweet 16 in the same tournament.

Neither Hawthorne nor Platt could believe that I didn’t know about the historic victory, especially as the sports editor of the paper for which they used to write. I’d wager I’m not the only one on campus unaware of such an achievement, but all the more reason to include that fact here. Take note Tribe fans: William and Mary once beat North Carolina in men’s basketball.

As for other things I learned from Homecoming weekend, learning how to fully enjoy my role as a sports editor would have to be next in terms of importance. On this subject, Hawthorne was an absolute authority, sharing with me a quintessential story of the importance of taking risks and that the value of a sports ticket is always what you make of it. Especially if that ticket is to see the Washington Bullets (now the Wizards) at the Verizon Center in Washington D.C. The excerpts below are from a 1979 issue of The Flat Hat. Enjoy.

“I’m sure every guy has at least one memorable tale relating to sports that he would wade through an hour of beer stories just to get the chance to tell it, and I guess I’m no exception.

Mine began when gas was no higher 45 cents a gallon and I had acute cases of automobile and Bullets fever. I had just received my license to drive my ‘65 Bug that I had picked up that summer for 400 and was looking forward to the day when I would be able to putt up to D.C. to watch the capital round ballers in action. I kept the Volkswagen in good shape all during the fall of my senior year until the time was right, and all three vital prerequisites — permission from my friend Carlyle’s parents to let him ride in my “danger” Bug, a Saturday afternoon game was scheduled, and an “okay” for the trip by my parents — were satisfied.

The game was not as dramatic as the drive, however, as the Philadelphia 76ers won by five, and rookie Doug Collins scored a career high 33 points. It broke a long Bullet win streak and depressed Bullet center Elvin Hayes so much that he gave us his autograph only after persistent prodding.

It was at that point that Carlyle and I realized that we had never seen Ace Bailey (if your first name was Garnet, you’d rather be called Ace too) and the Washington Capitals hockey team in action. The telescreen blared that the Caps were facing the Maple Leafs at 8 p.m. but neither one of us had the nine bucks to shell out for a ticket. We concluded we would just wait until either someone threw us out or someone dropped a pick.

Soon after that implicit decision we were ushered from the players’ television room and into the main corridor. Carlyle was in a wheelchair that had a telltale squeak, so we ducked into the first men’s room and waited there for 45 minutes.

At 5:15, I concluded that the janitor was getting a bit suspicious why we were washing our faces for a half hour and we slipped cautiously into the corridor, only to be greeted by an usher with a French accent. Before we got a minute’s glance of the uncovering of the ice, the man confronted us.

‘Do you have a ticket to ze hockey game?’

‘Zen you boys are leaving, right?’

‘But our car is parked on the other side.’

‘Vell, you can go out ziz exit and valk around to your car.’

‘But all ze other exits are locked except number vun.’

‘All ze exits are locked.’ He opened the door. ‘If you boys vant to stay you vill have to buy a ticket.’

‘No, our car is closer to the other exit.’

‘Oh, you are going out exit number one.’

Hawthorne elaborated more on this portion of the story over Homecoming weekend than he did in the original Flat Hat article. My favorite portion of the story involved Carlyle and Hawthorne hiding in a janitor’s closet for thirty minutes, and how upon discovery by the bewildered janitor, they explained that Carlyle felt overwhelmed by the noise and atmosphere and needed someplace dark and quiet to calm down. Hawthorne added that the wheelchair certainly helped their case, as the janitor was less than forceful in requesting them to move on. They soon found another niche in the building.

“At 6:15, the ice was completely uncovered. We made ourselves inconspicuous by standing in corners, sitting in obscure seats, and walking wherever the ushers weren’t. At 6:45, we settled into some prize seats and ate cold hot dogs while listening to Hubert Humphrey on the radio denouncing federal programs to help the poor. Surprisingly, no one asked us what we were doing in our seats an hour and 15 minutes before the hockey game started.

At 7 p.m., the doors opened to ticket holders, and at last we had won the battle over inflated ticket prices. I felt a certain sense of victory in seeking both an NBA and NHL game for three bucks.”