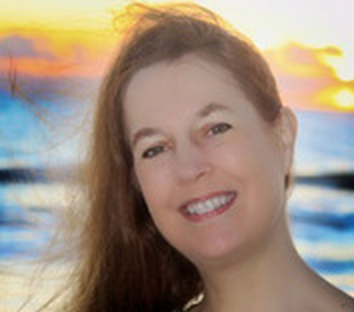 Today, Brenda Hiatt ’78 is a New York Times and USA Today bestselling novelist with 20 books under her belt. She’s written about regency-era lovers, time-traveling heroines and middle-aged, scuba diving detectives. However, Hiatt was not always drawn to the written word. As a student at the College of William and Mary, she tested out of English courses and double majored in biology and psychology.

Hiatt is originally from Alexandria, Va. She first considered applying to the College while working part-time at a Springfield Mall children’s clothing store, where her two coworkers (who were students at the College) talked the school nonstop.

Hiatt said she remembers the chaos of moving into Jefferson Hall freshman year and how over time her hall became tight-knit. One night, Hiatt and her roommate snuck into a boys’ hall and wedged doors shut by jamming pennies between the door frame and the door.

“My roommate and I, sometime well after midnight … snuck into one of the boys halls and pennied shut all the doors in on hall,” Hiatt said. “I don’t think anybody ever knew it was us, either.”

Hiatt lived on campus all four years, obtaining several choice corner rooms in the Bryant Complex over the course of her college career. Years later, Hiatt returned to one of her old rooms in Bryant on a college tour with her daughter.

“The school wasn’t in session yet,” Hiatt said. “… They had been cleaning the rooms and a lot of them were open. We just snuck in there.”

Hiatt joined Kappa Alpha Theta sophomore year and said she enjoyed dancing at the school’s now-defunct pub, the Hoi Polloi, every Wednesday. However, she said she was not much of a “joiner” in college.

“What I would call my biggest failure in school is not getting involved in more activities while I was there,” Hiatt said. “That’s not a failure in the sense that I tried something and failed at it, more that I didn’t try more things… I probably kept to myself a little too much.”

Instead, she focused upon academics. Hiatt’s favorite study spot was off-campus. She said she was drawn to gardens of the Governor’s Palace in Colonial Williamsburg.

“One of my favorite places was the canal down by the Governor’s Palace,” Hiatt said. “With the swans and everything. I used to love to go there and study.”

“Now here I am writing historical romance and I heavily research settings and time periods and stuff,” Hiatt said. “I had such a fabulous resource right there and I never really took full advantage of it.”

Hiatt was not particularly interested in history and writing in college – she did not even take a creative writing class in her time at the College.

“I wrote a lot of research papers and things like that, a lot of times the day before they were due,” Hiatt said.

A standout class for Hiatt was botany with Brander Coursen.

“He knew how to keep a huge lecture hall spellbound,” Hiatt said. “He was funny and engaging and he drew pictures on the board. I remember for Thanksgiving he was… making charts and arrows leading to other things and when he was done it was a Thanksgiving turkey. He’d do stuff like that, he was a hoot.”

Hiatt did not take a creative writing class until she enrolled in grad school at the University of Texas A&M. She studied animal behavior and took some fiction workshops for fun.

“I thought I was going to be like Marlin Perkins or the next generation crocodile hunter, doing cool stuff like that,” Hiatt said. “And then I got to grad school and started doing more field type things and realized I really was not into the whole roughing-it thing, which is sort of a requirement for that sort of a career.”

After graduate school, Hiatt married. As her husband was serving in the army, the young family relocated in Hawaii.

Hiatt wrote her first book, a romance novel set in regency England, while taking care of her two toddlers.

Hiatt said she was first drawn to regency romance stories because she enjoyed reading them. She submitted a query to Harlequin, a company that focuses on romance fiction — six months later, a rejection letter arrived on her birthday. However, the letter contained a glimmer of hope. The editor asked Hiatt to send in more work. Hiatt submitted another novel she had been working on. In the end, Harlequin ended up purchasing a total of six regency romances from Hiatt.

Since then, Hiatt has ventured into other genres and different states, moving with her family to South Carolina and later Indiana, where she currently resides.

In addition to writing fiction, Hiatt compiles an annual survey of writers’ earnings from various publishers and has taken up scuba diving and Taekwondo.

“Get out and do stuff,” Hiatt said. “Meet people. Some of those friendships are going to last a lifetime. I wish I had done more of that. I would really encourage that. Just explore a lot of interests in college …”

Hiatt also encouraged students interested in writing and art to not give up on their passion.

“Don’t let the people who are all about what will pay the bills and what’s practical squash your dreams and discourage you from giving it a shot,” Hiatt said. “You can always fall back on something else but you’ll always wonder what would have happened if you had really tried for that brass ring you imagined when you were younger, when you were fired with enthusiasm. If you’ve got a passion, go for it, even if you have to do something else on the side to pay the bills.”