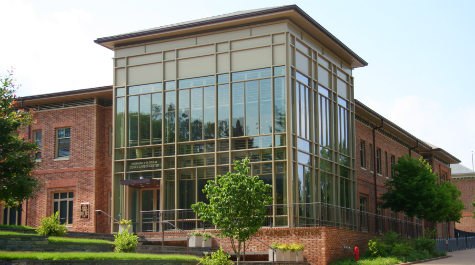 This past June, Mailise Johnson ’16 used a contact address available on the Tribe Careers website to apply for a position as an administrative assistant for the AGCO Corporation, a company that produces agricultural equipment. She received a response from the company that resulted in an email scam Nov. 8.

The response Johnson received in early November came from Tyler Kenney, who claimed to be a representative from AGCO’s Accounts Department. AGCO confirmed that they had received messages from several college students reporting scams from Kenney. The company has contacted the authorities on this matter.

In his email, Kenney described to Johnson another position with the company that involved connecting buyers and sellers of AGCO’s products. He also asked that she send him her mailing address and phone number if she was interested in the job.

While this was not the administrative assistant position she had originally applied for, Johnson replied to Kenney’s email that same day with the contact information he sought. Kenney responded to Johnson Nov. 9 saying that AGCO was in the process of selecting seven workers amidst a pool of over 30 applicants.

According to Johnson, he said that she was going to be the subject of a test assignment, which would arrive in the mail and help the company determine which applicants to hire. The assignment would involve Johnson receiving a check for about $2,000 in the mail, which she would have to deposit into her own bank account, deduct 10 percent for herself and send the rest of the money to a customer’s address. At this point, Johnson told Kenney she would like stop being considered for the position. Kenney, in return, told Johnson he was disappointed in her for not completing the task.

“I told him I wasn’t comfortable with it,”Johnson said. “My red alert was really going off.”

Although Johnson informed Kenney she no longer wanted to partake in the application process, she came home soon after he sent this message to find a check for $1,997 waiting for her. According to Kenney’s instructions, she was supposed to move this money into her account and, from there, into that of a customer. Johnson immediately turned the check into the Williamsburg Police Department.

“This scam is fairly prevalent in the online community. It’s important [students are] aware so they don’t fall prey to it,” Major Greg Riley of the Williamsburg Police Department said. “If it’s too good to be true, it’s probably too good to be true.”

Lieutenant Donald Butler of the College of William and Mary’s Campus Police Department stated that relatively few scams similar to the one Johnson encountered have been reported to WMPD in recent years. The campus police did not have any other such cases in 2015, but did have two in 2014. Of these two cases, one involved the mailing of a check, and the other involved the transfer of money via wiring funds into an account.

“It is always important, however, in this digital-age that students, faculty and staff be aware that scams can and do occur and to be vigilant in protecting their personally identifiable information especially their social security number and date-of-birth,” Butler said in an email.

Johnson also quickly called the Cohen Career Center to inform them of the faulty email address that was presented on their website. Johnson, who still receives emails from Kenney asking for her continued assistance, stated that the fraudulent address on Tribe Careers is a hazard to other students.

According to Recruitment Manager Cristen McQuillan, the Career Center observes several guidelines when vetting companies to appear on their website. As part of their vetting procedure, the Career Center does not post any email addresses with personal information, such as accounts from popular electronic mail sites such as Gmail or Yahoo!. The contact for AGCO was posted over the summer and has since been taken down from the website and put on a watch-list. McQuillan stated that the Career Center attempts to eliminate all faulty addresses before adding contacts to their website, and that this was her first time encountering such as scam.

“We try to catch them as much as we can. This one slipped through,” McQuillan said. “It is an infrequent thing. [Most] of the things on Tribe Careers are legitimate and accurate.”

Cohen Career Center Assistant Director Sean Schofield stated that email scams, such as the one to which Johnson was victim, are increasingly prevalent in the online community. He said email scammers are becoming increasingly savvy at navigating online accounts. He also stated that he was thrilled that Johnson came forward quickly to report the scam.

“The student was phenomenal in recognizing that something was not right,” Schofield said. “We see ourselves as a partner. We think Tribe Careers is a great asset for students, but we want students to be vigilant. The more contact with students, the more efficient we can be.”