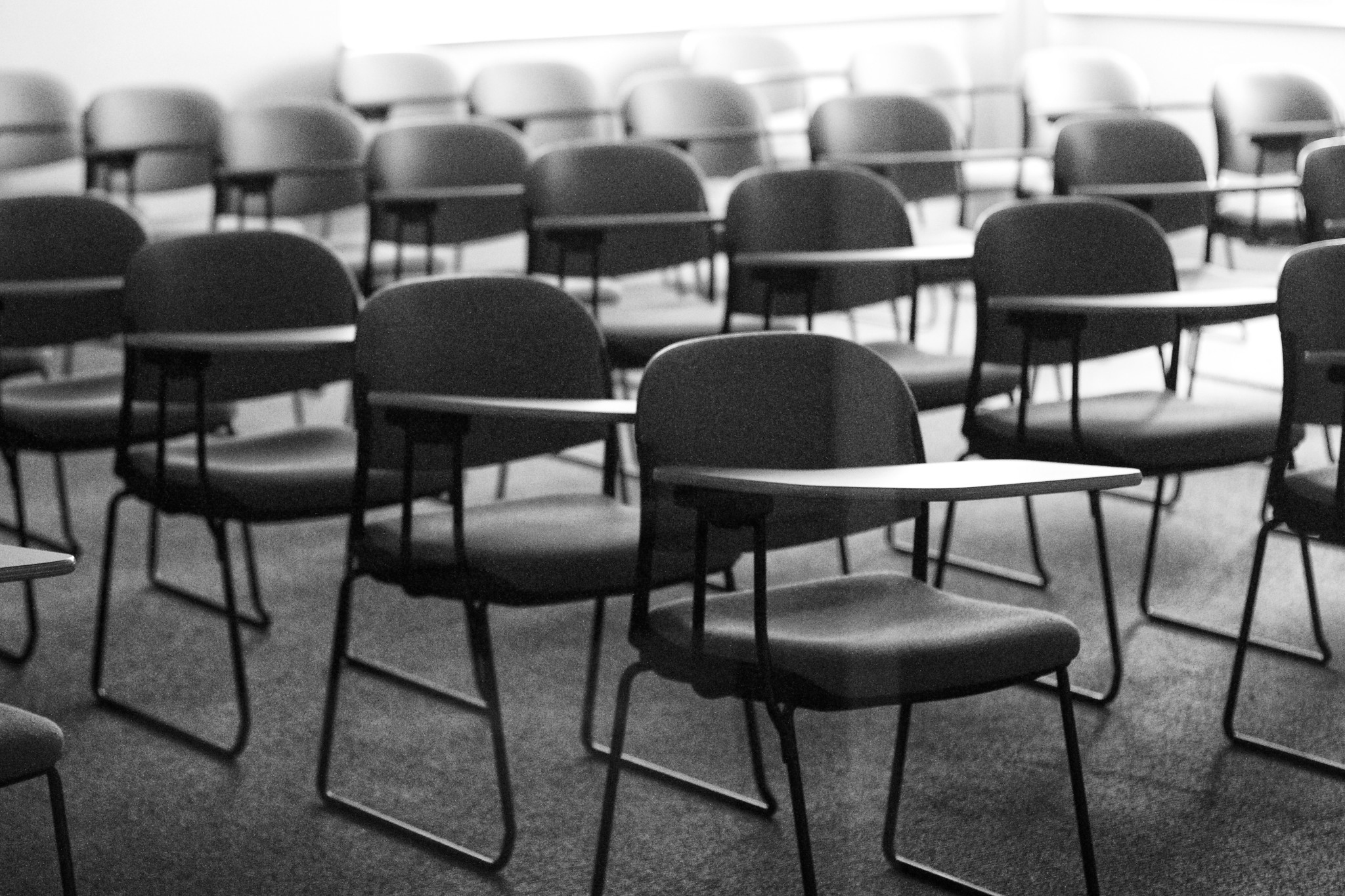 There is an ethical debate proliferating across our campus of such crucial significance that no student can remain neutral on the issue. This debate has raged for decades, if not centuries, before the current student body assumed responsibility for it. Likewise, it will be passed down to successive generations as a tradition more sacred than Yule Log or knowing when to scream the “William and Mary” part of the alma mater. This divisive quagmire pits brother against brother, friend against friend and the occasional student against professor: the issue of fundamental seat ownership rights.

On one side of the aisle, or row depending on the room layout, are those who demand the recognition of private seat ownership. These seat-stakers sit in the same seat every lecture and can get quite flustered, even angry, when they feel trespassers have infringed upon their private property. Those advocating for unchanging classroom arrangements argue that having the same seat not only aids concentration and reduces anxiety, but also provides a basic stability that is the underpinning of a functional society.

In an ever-changing and cold world, a familiar seat is a soothing constant.

On the opposite side of the debate are the cowboys of our generation. They roam the wide-open classroom and pursue the freedom to sit where they want, when they want. Seat-takers argue for personal freedom, public ownership and possibly even free love. The thought of being tied to one seat for an entire semester is suffocating. To these renegades, fixed seating patterns are oppressively reminiscent of elementary school.

I observe both sides with empathy. The seat-stakers feel tangible discomfort when they walk into class to find that they not only have to deal with a particle physics-induced headache, but they now also have to devote mental energy to selecting a new temporary location. It is distressing for them to have to sit away from their friends, adjust to a novel environment and deal with the other side of the classroom, which always has strange lighting or a mysterious odor. In an ever-changing and cold world, a familiar seat is a soothing constant.

On the other hand, the seat-takers just want a bit of variety. They know that seat-claiming is often anxiety-driven, and they feel as though they should not be a slave to someone else’s neurotic need for consistency. They value college precisely for its lack of structure, and seat-selection seems like a horrendous insult to this ideal. They also question, with just cause, the notion of private ownership in a public space. Names are not written on the chairs, and individual students did not purchase them. Therefore, seat selection should not fall under the veil of the traditional notions of private ownership.

I hold hope in my heart that one day our student body will be able to come together and agree upon a common seating etiquette.

Where do we go from here? Unfortunately, as is the case with so many of society’s other pressing problems, there is no simple solution. Both sides have valid feelings, real experiences of discomfort and opinions that should be honored. However, due to the constraint on seating resources, the two distinct seating strategies will never be able to co-exist in their purest form.

So, a fight to the death? Well, perhaps there is middle ground. I hold hope in my heart that one day our student body will be able to come together and agree upon a common seating etiquette. Perhaps a social contract that nurtures empathy, open communication and negotiation could support the weight of a unified student body. Sadly, until a solution is realized, this bloody civil chair war will continue to tear our campus apart.

Emily Gardner is a Confusion Corner columnist who believes peace among the seats is possible.