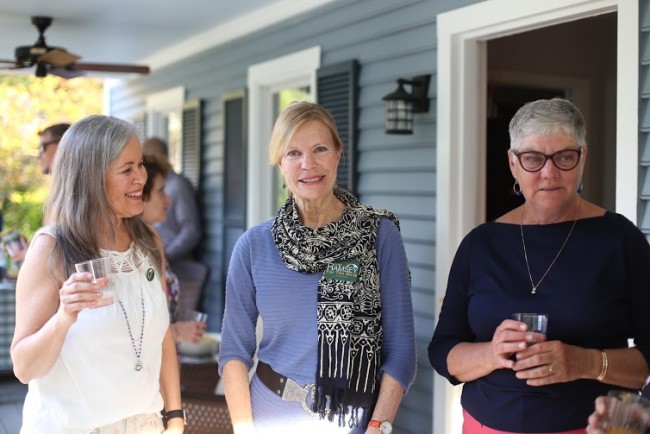 At every level of government, the economy becomes a central issue during election season. For the City of Williamsburg, the economy is an issue that ties together the five City Council candidates’ platforms.

Specifically, the candidates are focusing on redeveloping the economy, balancing traditional tourism with sports and food tourism and bringing new business ventures into the city.

Incumbent candidate Vice Mayor Paul Freiling ’83 said that he believes the city’s economy has greatly improved since the recession, but that the city needs to work on increasing tax revenue to help fund future projects.

According to Freiling, one of the ways to improve the economy is to recruit technology-oriented businesses. The City of Williamsburg does not have the infrastructure for manufacturing, but has the initial technological infrastructure needed. Additionally, he said Williamsburg would need transportation improvements to facilitate this inflow of new business.

“Williamsburg is ideally situated in the center of a mega region from Richmond to Virginia Beach,” Freiling said. “If there’s going to be interregional business, why not have it be in Williamsburg? So I think we need to be looking down the road for transportation and infrastructure.”

In terms of tourism, Freiling identified the older motels in the city as a challenge. He said that those motels lack exterior access and controlled hallways, which he believes is not a model contemporary travelers are looking for. In the past, these properties have been sold at bottom prices and used for what he said was “inappropriate” housing. These properties raised crime rates and created problems for the local government.

To combat this, Freiling said he would like to see the City Council do what they did with the Super 8 motel, which they purchased and held until they found a complementary tourism use.

Freiling, who lived in Williamsburg through the Great Recession, cited his 12 years serving on City Council, his involvement in the capital improvement plan and his term on the planning commission as qualifications for dealing with current and future economic problems.

Local landlord and candidate Greg Granger said that, to him, issues related to economic development are important because of his personal experiences working with business owners and those looking to relocate to the area.

I drive up and down Richmond Road from Duke of Gloucester Street to the Sno-2-Go, and I see a lot of businesses that are closed for sale or for rent,” Granger said.

Granger said that building community appreciation for the Architectural Review Board would be an important step in attracting more businesses to the area. Currently, he said that many people he knows have been turned down by the Board and are frustrated. To fix this, Granger proposed designing an interactive website for the board, which would allow people to explore different design and improvement options for their homes and businesses.

Granger cited his college education and his experiences in business as qualifications for handling economic problems. Additionally, he said that he has developed a very personal connection to the state of business in Williamsburg.

“I think we need to have a diverse City Council, we can’t have a council where everybody agrees with everything,” Granger said. “My heart goes out to some of the businesses; I’ve had four or five businesses open up in the arts district and they are excited to open up and think it’s going to be marvelous, and they come to me and want to open up a space, but they don’t understand that there aren’t that many people walking around the arts district. That’s heartbreaking for me, they take their inheritance and invest it. I have firsthand experience with those businesses that have opened and closed and I feel for those people. I think that gives me insight that other folks don’t have, they don’t have personal contact with those people spending their inheritance.”

Longtime Williamsburg resident and candidate Barbara Ramsey ’75 believes fiscal health is important, but prefers to look at the economy through what she sees as a realistic lens. According to her, many people do not realize the limitations of what City Council can do.

“I think that the City Council is there to provide suggestions and to work cooperatively,” Ramsey said. “City Council is cohesive group, it is not one person … I do think regardless of age, background and gender that those on City Council need to have fiscal responsibility and stay current on what is going on in the world and in different cities. Williamsburg is completely unique, there is not another city like that, and you won’t be able to do certain things like manufacturing. It is the only city that has a college and a living museum. You need to take that into effect.”

Ramsey also addressed tourism, saying that it is an important industry to Williamsburg. She supports the idea that everyone should extend their visit to Colonial Williamsburg beyond just a day trip. To do this, she proposes greater synergy with the College of William and Mary’s Global Film Festival and the businesses in Colonial Williamsburg to coordinate tourism events.

Ramsey also said that she would like to see other types of tourism, such as sports tourism and culinary tourism, expand. She proposed an increase in spectator, female-oriented sports.

Benming Zhang ’16, the only student candidate, said that the City of Williamsburg’s approach toward land use policies regarding development is one of the most important economic issues during this election. He said that Williamsburg should ensure that all of that land be used for commercial properties, because a small percentage of land in Williamsburg is dedicated to commercial use.

“I think the city is taking good steps towards addressing the issue,” Zhang said. “In matters of redevelopment, it should be handled on a case by case basis, but council members and planning commissioners are expressing interest in that direction and I will continue to be open to doing so.”

I think the city is taking good steps towards addressing the issue,” Zhang said.

In terms of tourism, Zhang said he wants to see a more concerted effort with Colonial Williamsburg, and that he thinks its “aggressive” marketing campaign is a step in the right direction. He said that taxes need to be increased in some areas to sustain tourism as Williamsburg’s primary industry. No matter what, he said that the top priority of Williamsburg should be making sure that citizens receive their quality of life through city services and opportunities around the town.

Unlike the other candidates, Zhang did not live in Williamsburg during the Great Recession and was not as involved in handling many of the economic issues. According to him, this means that he has a fresh perspective that will benefit the city.

“Since coming here, I have learned a lot more about this community and I have devoted time to learning the history,” Zhang said. “I got this support because I know the community, I have built relationships with them as my neighbors, friends and people I have seen at church. In adding towards this fresh perspective, in terms of my candidacy, I would be a better listener than other candidates because I know and I am aware that I haven’t been here as long … Given where I come in, at 2016, I think it is necessary to have a guy with a fresh pair of eyes to carry the city beyond the past.”

Public policy and economics professor Elaine McBeth, who has lived near the College for many years, said that furthering redevelopment in certain neighborhoods is one of her primary economic goals. McBeth cited the High Street shopping center, one that has not been built up for many years, as a space for improvement.

“A key feature here is that we were hit pretty badly by the recession and were in hindsight, late coming to the redevelopment of High Street relative to New Town,” McBeth said. “Right now, it’s critical that we have this guided push that we make sure as we come out of the recession that we keep on growing and that we have viable projects that many people worked on for a long time.”

For McBeth, one of the ways the City Council can get involved is by supporting the EDA. Currently, there has been more money in the budget allocated for representatives of the EDA to travel to recruit new businesses. She also proposes giving the EDA control over buying and selling land for redevelopment, which is currently a responsibility of the City Council.