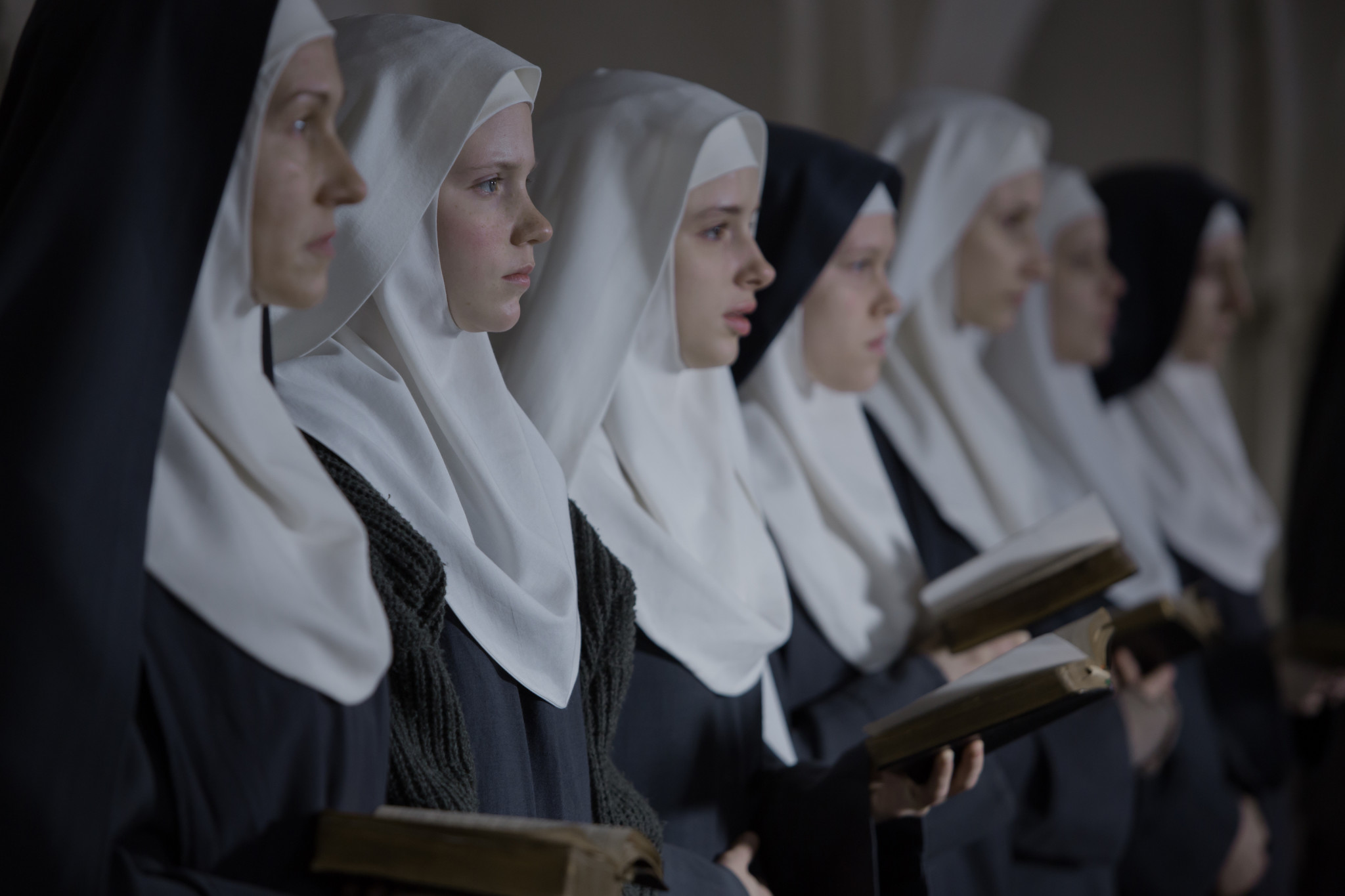 While a plethora of films have dealt with the events of World War II, not as many have focused on the immediate impact of that war on the lives of those who survived it. Enter “The Innocents,” a beautiful movie based on the true story of a Polish convent forced to deal with a unique predicament and the French doctor who came to their aid.

The year is 1945. World War II has concluded, but the city of Warsaw remains occupied by foreign forces such as France and the Soviet Union. Mathilde, a young member of the French Red Cross tasked with treating survivors of the war, is approached one day by a frantic nun from a nearby convent begging for help. Mathilde soon learns from Sister Maria, a nun who can speak French and thus communicate with her, that the convent was recently invaded by Soviet soldiers who raped and impregnated several of the women in the convent. Sworn to secrecy, Mathilde must serve as midwife for the pregnant nuns without her French colleagues knowing, all while being sternly watched by the disapproving Mother Superior.

Directed by Anne Fontaine, who also co-wrote the script, “The Innocents” tackles heavy themes and treats them with a delicate touch. Faith becomes a particularly significant point of conflict, as Mathilde’s initial attempts to care for the convent are often met with hostility. Mother Superior, and several of the future mothers, believe that allowing another person to touch them would be a sin against God, which makes Mathilde’s responsibilities difficult to perform. Mathilde grows frustrated by the nuns’ resistance, unable to empathize with their zealous piety as she is not a nun herself.

The exasperated Mathilde finds a friend in Sister Maria and their relationship forms the film’s thematic backbone. Sister Maria realizes that Mathilde can bring joy out of this moment of evil, and in time she helps convince the majority of the convent that the French nurse is a gift from God. “The Innocents’” ultimate message is the power of compromise. While Mathilde does not share the same worldview as the nuns she is treating, by working with Maria she is able to deliver precious life into the world, and give hope to a community almost completely devoid of it.

Of course, the bond between these two women would lack resonance without a pair of powerful performances, and the actresses tasked with these roles do indeed deliver. Lou de Laage brings a profound sense of individuality to her role as Mathilde, standing up to the French and Soviet authorities surrounding her as she guides her secret patients through the struggles of pregnancy. Agata Buzek’s Maria is a beacon of stoic strength as well as vulnerability, fighting for the lives of her sisters as well as the children they will bear, while also dealing with the psychological fallout of having her home attacked by an unmerciful force. Other standouts amongst the cast include Agata Kulesza as Mother Superior, whose unwavering commitment to her faith tragically leads her to take extreme, horrific action, and Vincent Macaigne as Samuel, another French Red Cross doctor with whom Mathilde has a complex romantic relationship.

While “The Innocents” lacks the typical explosive action featured in many films set against a World War II backdrop, its apt handling of complicated themes combined with stellar acting makes the film an outstanding period drama. The movie does not provide all the answers to the hard questions it asks, but in doing so it succeeds in delivering a truly human story about helping and inspiring those in need, even if those people don’t share your personal beliefs or ethnic background. In a world that often seems bent on division rather than unity, “The Innocents” is a reminder that compromise can accomplish wonderful things.