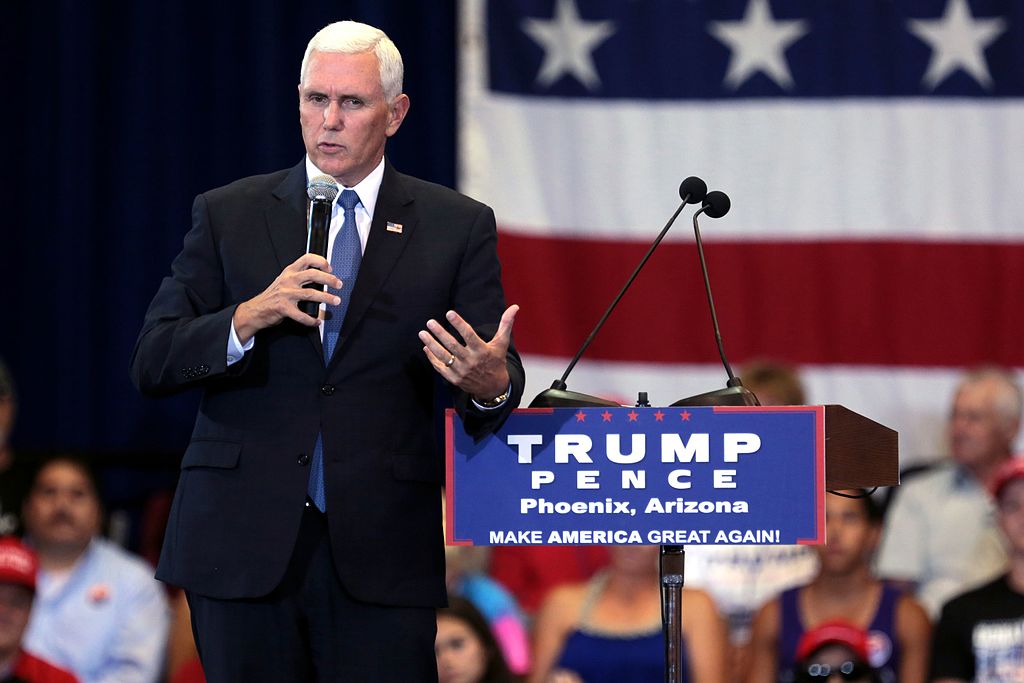 When it was announced that a Mike Pence rally would take place at the Williamsburg Capitol Building, several members of the Tribe decided to protest. The protestors seemed to be well supported by students, based on the reception of the “Overheard at William and Mary” Facebook page, but the local news station, WTKR, was less impressed. They mentioned the protest only briefly in their coverage of the rally, saying that “protestors tried to disrupt things just outside of the event, but Pence continued on speaking for about thirty minutes.” It’s true that the rally attendees would be more likely to take the protest as a vanity act, a product of the “liberal arrogance” that they’re voting against; so if half the people viewing your protest already agree with you and the other half aren’t listening, what’s the point of the protest?

It’s important to act on what you believe in, even in small cases like this, because it’s empowering and sets a good precedent.

I would argue that the value of a protest is not its persuasiveness, but rather what it does for the people carrying it out. Political activism among youth leads to voter representation and greater civic presence, all of which should generally be encouraged. It’s important to act on what you believe in, even in small cases like this, because it’s empowering and sets a good precedent. With that, this incident should be taken as a point in the College of William and Mary’s favor, regardless of your political stance. It shows that the students here are engaged in and passionate about national affairs.

At the same time, the form that this action took is reflective of our current political atmosphere, in which people are far more motivated to speak against candidates than for them. By now, it’s old news that many people don’t like any of their presidential options. It’s telling that even the initial rally was staged ambiguously — it was promoted as a Mike Pence rally, not a Trump/Pence rally. Clearly, Pence is more palatable to the older ex-military voters that make up much of the Republican presence in Williamsburg. Meanwhile, some of Trump’s strongest critics refuse to vote for Hillary Clinton, turning to third-party candidates or declining to vote at all.

With that atmosphere, it’s no surprise that a lot of today’s political endorsements are more of a double-negative rather than a positive. This is divisive and destructive, especially in Williamsburg, which has sharp class and age divisions that separate white and black, old and young, military and civilian, “townie” and student. There’s too much for one article here, but the point is that the environment in Williamsburg is already tense and achieving any sense of unity is an uphill battle.

Do everything in your power to remind everyone that this is an election, not a war, by making the statement that you act based on who you are for, not who you are against.

At the protest, students chanted, “build bridges, not walls”, likely referring to Trump’s divisive stance on immigration. I want us to try to build bridges between political opponents, even when their beliefs might threaten unity. Protesting is an admirable way to express what you believe in, but it’s not enough on its own. Reach out to the opposition by being proactive instead of reactive. Help people register to vote, spread educational material, promote a more respectful discourse, even hold a pro-Clinton rally. Do everything in your power to remind everyone that this is an election, not a war, by making the statement that you act based on who you are for, not who you are against. It may be too much to hope that we’ll lose the language of conflict; fine, but don’t be the one to provide it.

It can be challenging to respect people who don’t seem to respect you. And I want to clarify that this is not a naive, “why can’t we all get along?” sort of request. This is a nasty, polarized race and for all I know, our political system is irreparably broken. Cynicism, feelings of anger and despair are understandable, but what you feel is one thing and how you act is another. Ethics, logic and passion must work together to inform not only what you believe and your desire to act on it, but on how you choose to act. If it is a moral duty to express and act on your values, remember that there’s also a civic duty to try to change the world to align with those values.