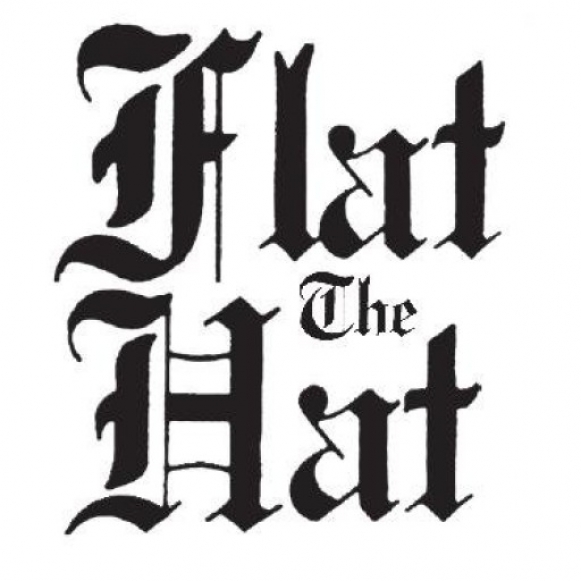 Seeing a recent series of pieces on the censure of conservatives on campus, I just wanted to write to set some things straight, because it seems like we forgot some things.

Freedom of speech, as per Article 19 of the Universal Declaration of Human Rights, is: “Everyone has the right to freedom of opinion and expression; this right includes freedom to hold opinions without interference and to seek, receive and impart information and ideas through any media and regardless of frontiers.” This is, along with right to life, liberty and security of person, possibly the most important right any person possesses. It allows us to think freely and question others. It’s the flow of ideas, exchange and thoughts. It’s the only way we can grow.

But, in response to Noah Peterson’s claim in “Ending Stereotypes” that “College is a time when people should feel comfortable sharing their views and supporting them without judgment,” no, it really is not. Countering and interrogating the views people express, especially when you disagree with them, is the point of college. Freedom of speech means you cannot be fined or imprisoned for the things you say or the opinions you hold, it does not mean that I have to agree with you or support what you are saying. I do not even have to listen to what you are saying. Expecting me to listen or expecting an organization to give you a platform to speak from is imposing limits on them; the College of William and Mary not inviting David Duke to come speak would not be limiting David Duke’s freedom of speech, it would be the College recognizing that we are not interested in being a vehicle for his racism and hate.

Countering and interrogating the views people express, especially when you disagree with them, is the point of college.

Another thing: There seems to be a lot of concern over personal attacks. Calling someone who peddles bigoted speech a bigot is meeting words precisely as they should be met, with words. This does not mean that the person is devoid of worth as a human, or that threatening violence upon them is justified. But it does match cause and effect — oppressive actions do not just come out of the ether; someone is behind them. Similarly, assuming that because I am a white dude, whatever will come out of my mouth is oppressive would be false. But, the understanding that many of the experiences that inform my worldview and the privileges I get to enjoy in writing this come as a result of systems that continue to oppress others for who they are is an important prerequisite that I should be held responsible for knowing. It is not unjust to point this out if and when it informs oversights or prejudice. For instance, I know that I did a terrible job in this piece of speaking to/about identity politics and the mechanics of oppression, but I hope that means that someone will critique me and add to this discussion.

There is a difference between attacking individuals because of who they are and because of what they say or do. Attacking people for who they are is bigotry; it is how people have oppressed people of color, women, trans people, queer folks and many, many more. This is different [than attacking someone for what they choose to believe and write about on the internet]. And I get it, it is difficult to parse these out when our identities are tied up in political allegiances. But, you cannot change the way you were born, but you can change your opinions. (Is that not why the crux of the point that we have open minds and hear different arguments?) I can judge you negatively because of your words and actions. These words or actions can make you a bad person. But you were not born a bad person, you got here by your own choice.

There is a difference between attacking individuals because of who they are and because of what they say or do.

You act in a way consistent with your worldview, I get it, but if your worldview is based upon a fundamental inequality of human beings, I am going to have to take you to task for it. People condemning you for being prejudiced is not un-American. The Senate condemned Joseph McCarthy, and that was maybe the most American decision ever taken. Campus could just as easily condemn liberal voices, and it would not be a freedom-of-speech issue. Openness to ideas, my listening to your ideas, again, is not the same thing as freedom of speech, and it is sheer laziness to exaggerate unwillingness to be open to conservative ideas (which can be critiqued in its own right) to the point of calling it “censorship.”

Ultimately, opinion writers, freedom of speech is an exercise in having an ounce of self-criticism and a pound of self-awareness. I have a lot of unsavory opinions, for instance that Father John Misty is a hack, and I will never be able to care about Tame Impala, but the difference is that I have the self-awareness to not feel the need to take all those ideas to the internet. And when I do say them, especially on a college campus, I know that there will be blowback. Freedom of speech is hard: It demands that you back up your arguments and for you to be willing to face the blowback when it happens.