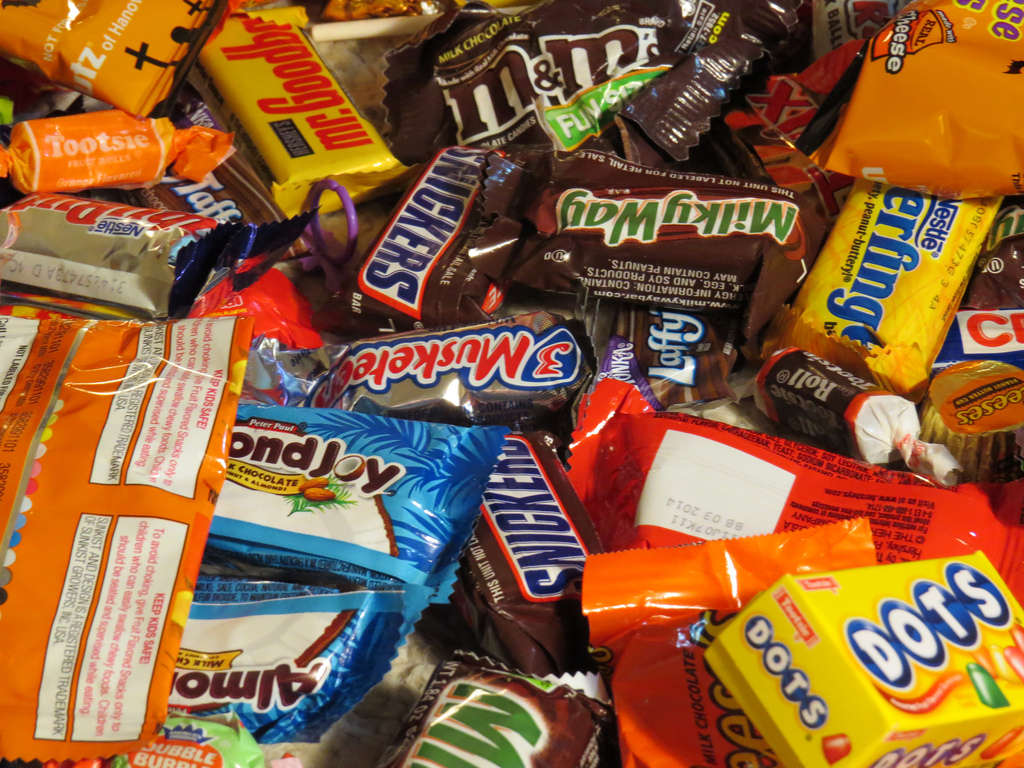 Say what you want: the best part about Halloween is the candy.

I know that’s a bit of an abrupt way to start an article, but I wouldn’t start it that way unless I firmly believed it. On Halloween, you are given permission to send yourself into a sugar-induced coma. That’s like the little kid version of “The Purge”. For the next 12 hours, all amounts of candy consumption are legal.

I don’t care if you’re voting for Hillary or Trump. I don’t care about your views on immigration. I don’t care if you put out for Twizzlers or if you’re a Snickers kind of girl. We all have one thing in common: we will do whatever it takes on Halloween night to fill whatever container we can with whatever type of candy makes us salivate at just the first syllable.

We all unite on this terrific day in our love for sweets and forget all of our differences after that first bite into a Kit Kat. Sure, maybe you also bond with strangers over costumes and a discovered mutual love for “Stranger Things”) — but can you eat an Eleven costume? No.

Every other part of Halloween just leads up to the best part: getting candy. What if you’re in it for the Halloween movies? Well, what are you going to eat when you watch all of the “Halloweentown” movies in a row or guffaw for the 32nd time at Bette Midler in “Hocus Pocus”? Popcorn? Why waste a perfectly good opportunity to fill your popcorn bowl with candy instead?

Can you tell I’m considering Socrates as my costume?
Speaking of costumes, what if that’s your favorite part? Easy. You wear costumes when you go trick-or-treating, and you want to have the best costume to not only impress your peers, but also the people handing out – you guessed it – candy.

I might just be giving myself the benefit of the doubt by believing that other people’s lives solely revolve around food as well, but I stand by this. We’re literally talking about an entire holiday dedicated to eating as much chocolate as we can in one sitting. Why shouldn’t I take advantage of a celebration of what I do every other night, and this time with the necessary supplies handed to me by functioning adults?

Treat yourself this Halloween. Or should I say trick-or-treat yourself. Get all dressed up. Go out on the town. Get as much candy as you can and then eat all of it. Because when they say you’re never too old to go trick-or-treating, you should believe them. We spend too much of our lives trying to be adults. This Halloween, it’s time to be kids again.

Sarah Salem is a Confusion Corner columnist who was not payed by Mars, Inc. to write this column.