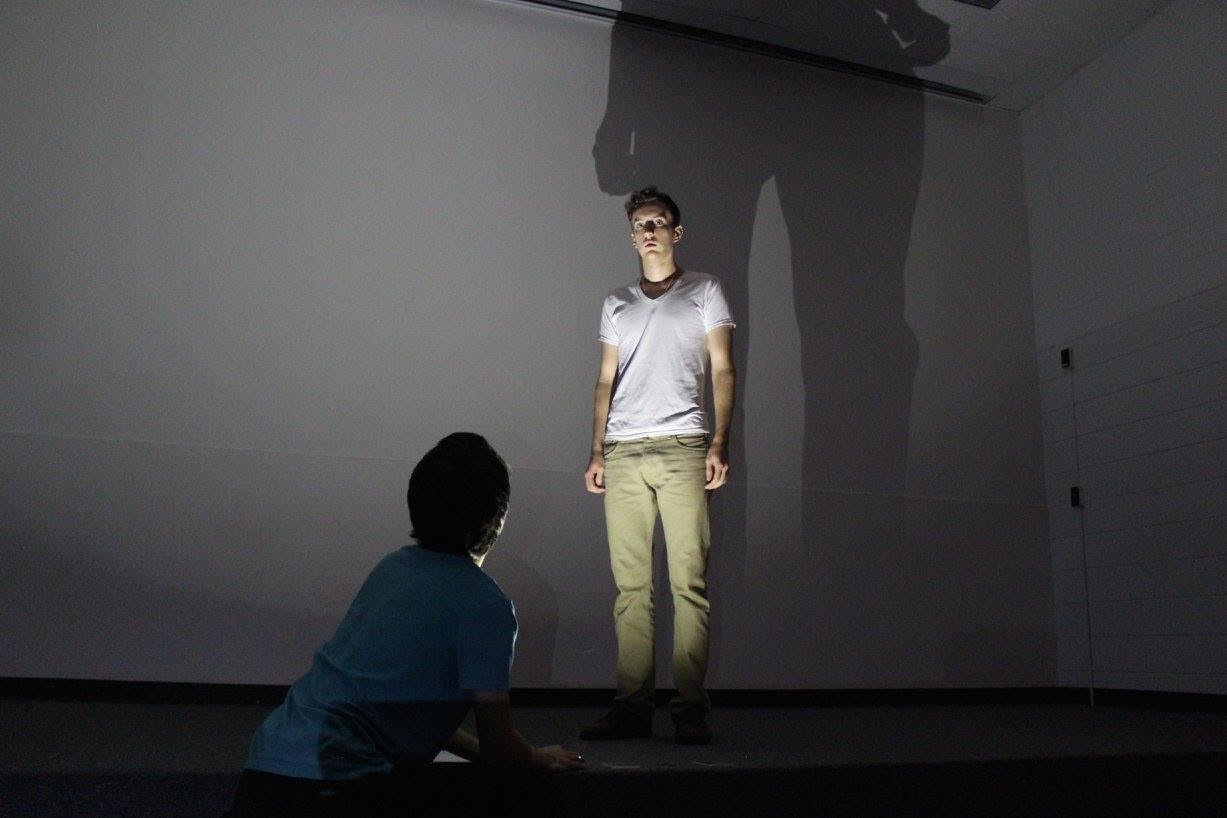 Emotions ran high and blood flowed in Shakespeare in the Dark’s production of “Hamlet,” making it a performance that truly brought plenty of drama to the stage.

An appropriately bloody play for Halloween weekend, “Hamlet” ran from this Sunday Oct. 30 to its finale performance Tuesday Nov. 1. “Hamlet” was a great way to kickoff to Shakespeare in the Dark’s 20th season.

The story of “Hamlet,” one of Shakespeare’s most well-known works, is filled with tragedy and complicated family relationships. After Hamlet’s widowed mother marries his uncle, he is visited by the ghost of his father, who seeks revenge on Hamlet’s uncle. Though the play contains somber themes, Shakespeare in the Dark’s cast managed to bring the laughter through Hamlet’s childish antics and by adding a modern twist or two. The audience, for example, cracked up at the moment where Ophelia finds her brother’s condoms.

The beginning of the play mirrored Shakespeare in the Dark’s name quite literally; the opening scene was set by a group of guards, all cloaked in darkness. The only light on set came from the use of  flashlights. The guards discussed the death of the king and Hamlet’s subsequent misery, creating suspense and tension that drove the play.

With the arrival of Hamlet, portrayed by Cosmo Cothran-Bray ’20, on stage, the Bard’s work was brought to life and the audience began its ride through the life of Denmark’s prince. All the actors portrayed their characters’ emotions through their tone and distinct facial expressions. Cothran-Bray committed himself to physical mannerisms in his portrayal of Hamlet, through which the audience was able to become fully absorbed in the play. He did more than simply speak the words of the play; he let his body communicate them as well.

The relationship between Polonius and his children, Laertes and Ophelia, brought further emotion to the stage. Hamlet’s grief was present throughout the whole play, but it was through Ophelia and Laertes’ characters that the play took on its most tragic notes. Sarah Marksteiner ’19 portrayed Ophelia with a carefully subdued insanity, and the anger that Adam Howard ’19 brought to his Laertes was palpable.

One of the most beautiful moments of the play was, oddly, the fight scene between Laertes and Hamlet following Ophelia’s death. The action moved all across the stage and the choreography was entrancing. Though later sword fights would also occur, that first clash between Laertes and Hamlet was one of the most surprising and convincing moments of the play.

The play kept Shakespeare’s classic language. Though some spectators may walk into a theatre daunted by the idea of Shakespearian language, the cast of “Hamlet” made the Bard’s speeches feel familiar to a contemporary audience.

While the language in this production was Shakespearean, the costumes were not. The cast wore simple, understated costumes that fit the role of each character. The stage decoration was minimal as well. The only prop used on stage was a box that was sometimes used as a seat or as a tool for the characters to express their aggression. Though the stage was mostly bare,  the cast’s personalities and voices filled the theater.

In its three-hour run, “Hamlet” had violence, drama, lost love and a good amount of blood: everything you could need for Halloween.