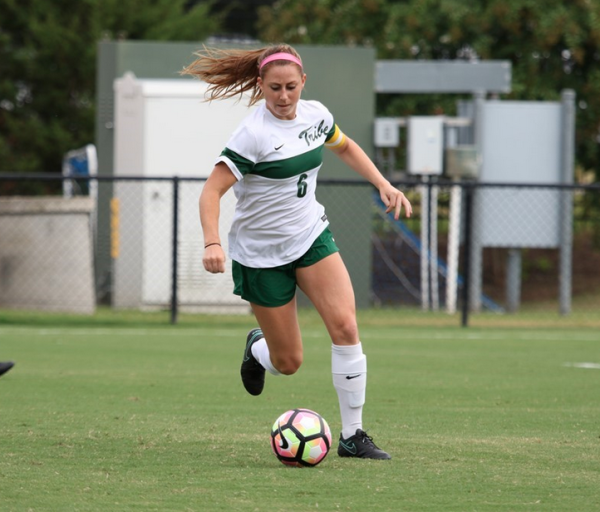 After narrowly defeating North Carolina-Wilmington last week in penalty kicks to advance in the Colonial Athletic Association Championships, William and Mary ended its season against tournament host and No. 1-seed Northeastern in a 3-0 shutout Friday in Brookline, Mass. as part of the CAA Semifinals.

Unable to produce any offense against the dominant Huskies, the Tribe finishes its season 10-8-2 overall along with its 4-4-1 conference record. Northeastern moved on to face the No. 2 seed Drexel, where the Huskies won the CAA title Sunday afternoon with another 3-0 shutout.

Redshirt freshman forward Sarah Segan had the first shot of the game around the five minute mark, though it was blocked by Huskies goalkeeper Nathalie Nidetch. Unproductive offense would prove to be a theme for the remainder of the match. Segan fired the Tribe’s second shot 25 minutes later, which was saved by Nidetch. By that point, the Huskies already held a 2-0 lead that they would not relinquish.

Unproductive offense would prove to be a theme for the remainder of the match.

That lead was established by Northeastern goals in the 14th minute and 30th minute, the first from a corner kick and the second from a header off a cross. At halftime, the score remained 2-0. The College was outshot 9-4 in the first half, while both Nidetch and junior goalkeeper Samantha Johnson had three saves apiece in the half.

The Huskies’ offense opened up even more in the back half with 13 shots to the Tribe’s seven. Through the entire match, Northeastern fired double the number of shots as the College with a 22-11 advantage. Of those shots, the margin was a 10-6 lead for the Huskies for shots-on-goal.

Only one shot in the second half would matter on the scoreboard — a header off a corner that found the back of the net in the 63rd minute. That third and final goal acted as insurance for Northeastern. The College had its last opportunity to end the shutout in the 87th minute as senior midfielder Haley Kavanaugh had a penalty kick opportunity that was saved by Nidetch.

Defensively, Johnson ended the match with five saves while the team had two other saves.

This match was just the third time the Tribe was shut out in 2016, though this one would matter the most. The College previously lost to Northeastern Oct. 7 in Boston by a 3-2 margin as part of a three-game losing streak that dropped the Tribe down in CAA standings in the middle of the season.

The now-CAA Champion Huskies earn the automatic bid for the NCAA Women’s College Cup after beating No. 2-seed Drexel 3-0, while the Tribe did not receive an at-large bid in Monday’s selection show as it received last year after falling to James Madison in the 2015 CAA Final.