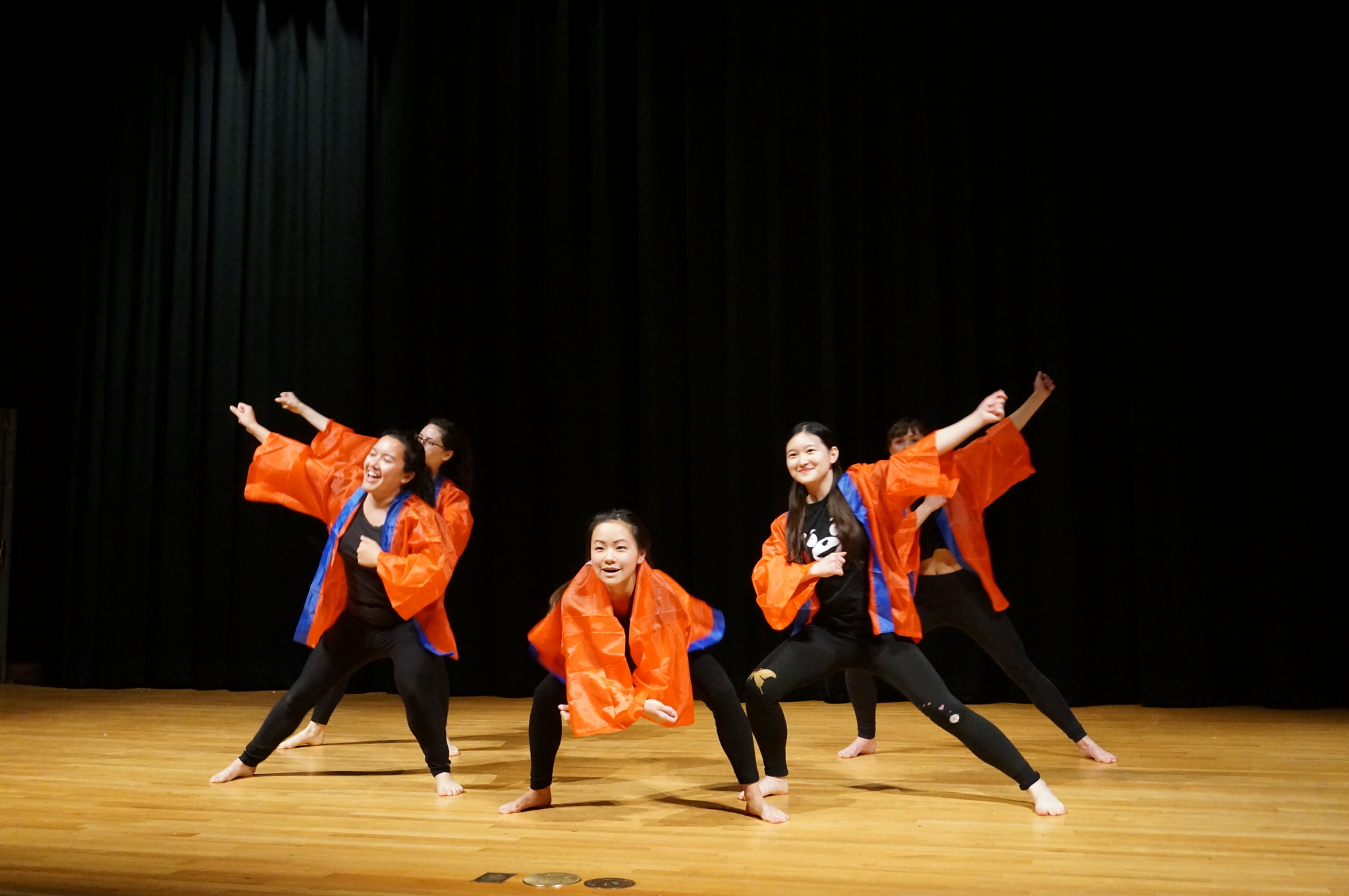 Saturday, students at the College of William and Mary traveled to Japan, India, China, the Caribbean and the Philippines, all without leaving the comfort of Sadler Center.

2017 marks the second year that the College’s International Culture Exchange Organization, a club dedicated to broadening cross-cultural perspectives on campus, hosted the campus’ own World’s Fair. Students were treated to an array of performances put on by the College’s cultural clubs, followed by an hour of global culinary exploration and trivia.

According to Yuito Ishikawa ’18, President of ICE, the event was in the works for quite some time.

“In early February, we contacted each of the organizations to see if they were interested in performing,” Ishikawa said. “We especially prioritized those who performed last year, and we tried to invite new clubs as well.”

The first of the performances was the Japanese Culture Association’s rendition of Soran Bushi, a traditional Japanese dance that mimics the movements of fishermen dragging their nets and hoisting them over their shoulders. The dance originated in Hokkaido, the northernmost region of the country. Audience members were encouraged to call out Japanese phrases equivalent to “Heave, ho!” as the JCA performed.

For audience member Mark Agrios ’19, this performance was a highlight of the night.

“I really liked the traditional fisherman song because it had a very interesting rhythm, and you could see and hear how well it represented manual labor done by the Japanese men from that time period,” Agrios said. “It just sounded very cool.”

One of the performers, Hwejean Jeong ’19, was relatively new to the Bhangra dance scene.

“I’d never heard of it before college, but initially my freshman hallmate and then another person from a different club told me about it, so I auditioned, made it, and decided to stick with it,” Jeong said.

Next, the audience got to see a choreographed fight sequence, courtesy of the Shotokan Karate Club. Before the performance, Nathan Chen ’17, president of the club, gave a brief explanation of what practicing Shotokan Karate is really all about.

“What our club basically tries to do is share Shotokan Karate with the campus community — people around campus, faculty, students, anyone who wants to join in,” Chen said. “We try to train our mind so that, no matter the situation — you have a big test tomorrow, you have lots of homework, projects, or you get attacked — we aim to be able to stay physically Zen, and be able to think logically and clearly.”

Following the Shotokan Karate Club was the College’s own Salsa Club, which gave a sultry lesson in Latin dance. Before the performance, Anthony Jones ’20, Salsa Club president, gave some insight into the name of this dance genre.

According to club member Angela Yost ’20, it took some time to learn the complex dance choreography.

“Our group learned this piece earlier in first semester, so it took us probably three weeks to learn it, and then we just freshened up on it before this performance,” Yost said.

To follow, the Filipino American Student Association performed a dance known as maglalatik, where male dancers beat rhythmically on coconut shells secured on their hands, upper body and legs. Last up was the Chinese Student Organization, which treated the audience to a peaceful traditional fan dance.

As the performance segment of the night ended, audience members were ushered to another room for snacks and some friendly trivia competition. Refreshments included everything from Nutella crepes to onigiri, which are cylindrical Japanese rice balls filled with fish.

This year, the World’s Fair paid more attention to this second portion of the night, according to Hayden Hubbard ’19, vice president of ICE.

“We put a lot more emphasis on the trivia. We wanted to make this a two-parter, so we had the performances and the trivia afterwards, making that a central focus,” Hubbard said. “Last time it was kind of tacked on at the very end — this time we tried to have more prizes, make it more entertaining.”

As students participated in the trivia competition, many had a chance to reflect on the importance of the event to the College as a whole.

“I think it’s important so that students can be exposed to other types of cultures,” Sana Lana-Trail ’20 said.  “I know, for me personally, I’m interested in French, and I’ve participated in events at the French House, but I don’t really have any other connection with different types of cultures or clubs. I think it’s a great way to get to know the other student organizations on campus.”

Jeong said that she was glad the World’s Fair offered students the chance to appreciate diverse cultures.

“It gives our campus opportunities to be able to see performances of other cultures,” Jeong said, “which lets them be more informed about the diversity we have on campus and I guess all around the world, looking at the bigger picture.”