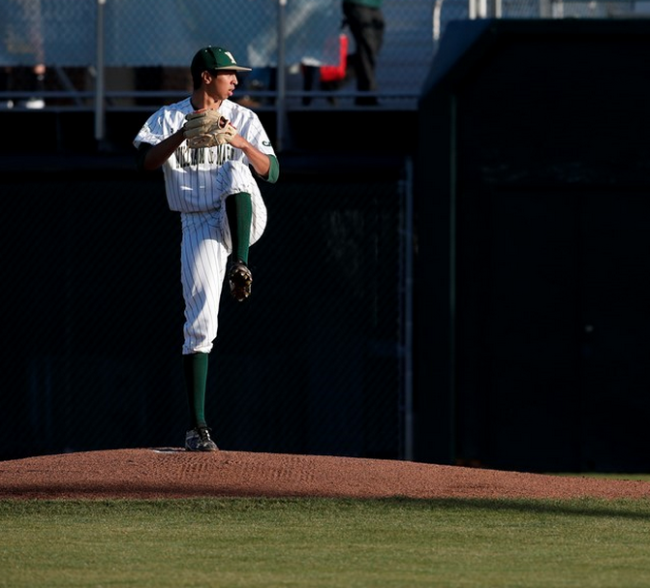 Saturday and Sunday, the Tribe took on Delaware in a three-game set, its second Colonial Athletic Association series of the year. After a rainout Friday, the Tribe (15-13, 2-4 CAA) split a doubleheader Saturday with an 8-2 win and an 8-5 loss. Sunday, the Blue Hens (15-10, 3-3 CAA) secured the series victory with a come-from-behind 5-4 win.

In the first of two games Saturday, the Tribe came out of the gate hot. The College put up four runs in the first, behind a home run by senior outfielder Charles Ameer and a two-RBI single from sophomore outfielder Owen Socher. With a substantial lead before he even stepped onto the mound, senior right-handed pitcher Nick Brown gave the Tribe the shutdown inning it was looking for in the bottom of the first, going three-up, three-down.

In the third, a Delaware RBI double cut the Tribe lead to three. That was as close as the Blue Hens got as the Tribe answered in the top of the fourth when Socher scored on a wild pitch. After a few quiet innings, the Tribe tacked on three more when sophomore catcher Hunter Smith doubled home two and sophomore infielder Kyle Wrighte brought in another on a single. Delaware scored a run in the bottom of the eighth, but it was not nearly enough. The College cruised for an 8-2 win.

Brown went seven innings and got the win, only giving up a single run. Junior righty Charlie Fletcher got the last six outs of the game, giving up four hits and an earned run.

The second half of the doubleheader did not go as smoothly for the Tribe. After a quiet top of the first, the Blue Hens struck with three in the bottom of the frame behind two homers. In the second, the College fought back as Wrighte hit an RBI single to score Ameer followed by a Delaware balk, which scored freshman outfielder Brandon Raquet.

In the bottom of the second, the Blue Hens regained their three-run lead as the Tribe’s starting pitcher, sophomore lefty Bodie Sheehan, gave up a blast to right center field that scored two. The College got a run back in the top of the third as Brandon Raquet reached on a fielder’s choice. Junior outfielder Ryan Hall crossed to cut the score to 5-3. No team scored until the fifth, when Hall homered to right field to get the Tribe within one.

The College, however, neither tied the game nor took the lead. In the seventh, Delaware chased Sheehan from the game after a double and a walk. Senior right-hander Chase Bailey entered, looking to keep the Blue Hens at bay. He was not successful, giving up an RBI single, an RBI double and a fielder’s choice that scored another Delaware player.

The first two runs of the inning were given to Sheehan, who finished up with seven earned runs on eight hits and two walks in six and a third innings. Bailey, taking it the rest of the way, gave up a run on three hits in an inning and two-thirds.

While the Tribe added a run in the top of the eighth when Brandon Raquet doubled to bring home Ameer, it barely put a dent in the Blue Hens’ lead, who won handily, 8-5.

Sunday, the teams came to the ballpark striving for the win in the rubber match of the series. Just as in the first two games of the set, there was early offense. Junior infielder Cullen Large got the party started for the Tribe, hitting a solo homer in the top of the first for a 1-0 lead.

The Tribe started Nick Raquet. He took the mound in the bottom of the first, working for a shutdown inning. Following a leadoff single, he struck out the last batter of the inning with a runner on third. The second inning saw both teams get out quickly, as it looked as if the teams were heading for a pitcher’s duel.

In the third inning, that illusion was broken. The top of the frame saw the College take a substantial lead. The leadoff batter of the inning, Hall, hit a double, followed by a sacrifice bunt to get him to third. Large then singled, driving in Hall and pushing the Tribe advantage to 2-0. Following Large was Ameer, who hit into a potential double play; the Blue Hens got Large out at second but the relay to first resulted in an error and Ameer advanced to second. Smith was next to bat, and he crushed one over the wall in right field to double the Tribe lead.

With a four-run cushion, Nick Raquet went to work. After the first inning, he gave up five hits, but only one runner reached second base until the eighth. The Blue Hens’ offense stalled, as Nick Raquet was stifling.

The tide began to turn in the eighth inning. Nick Raquet came out to pitch, with his shutout intact. Following a single and a strikeout, Fletcher came in for Nick Raquet. Right away, after a triple and a single, Delaware cut the Tribe lead in half. After the second out of the inning, Fletcher gave up another run on a double and was immediately pulled. Junior right-handed pitcher Robert White came in and ended the inning without giving up any more runs.

In the ninth, Delaware rallied yet again. A single and a triple tied the game. The Tribe ended the inning without giving up another run, sending the game to extras.

The tenth was uneventful for both teams. After a one-two-three top of the eleventh, the Blue Hens had another chance to win and took advantage. Back-to-back doubles sent Delaware onto the field, celebrating a walk-off, come-from-behind win to take the series.

The Tribe will take on VCU Wednesday in Richmond. Next Friday, Saturday and Sunday the College will play Elon in its next CAA weekend series.