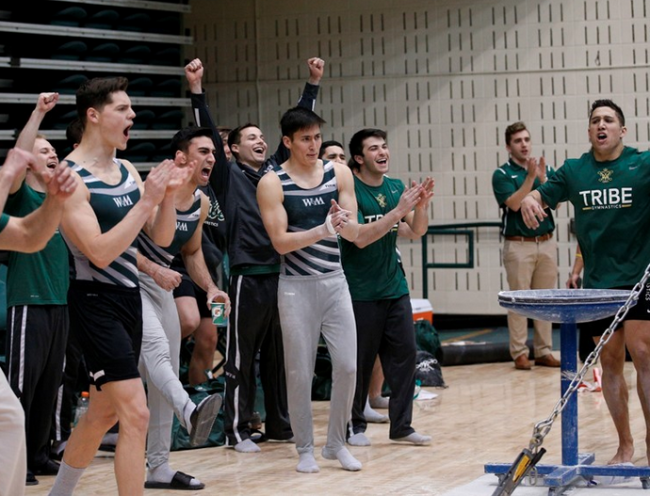 William and Mary had an impressive showing at the National Collegiate Athletic Association Championship at Army April 21-22. A school-record of 11 gymnasts qualified for individual competition, and sophomore Jacopo Gliozzi became the seventh ever Tribe gymnast awarded NCAA All-America honors.

Senior Aria Sabbagh also qualified for and competed in the individual finals, placing 17th in the all-around with 77.0 points.

Although Gliozzi and Sabbagh were the only two members of the Tribe to compete in the finals, the College held its own in the qualifier.

Both Meyer and Courter were honored Thursday evening before the start of the meet at the NCAA Championships Award Banquet. Meyer delivered the student-athlete speech at the banquet and Courter was honored as one of eight finalists for the Nissen Emery Award.

Junior Jeremiah McReynolds tied for 20th on rings, along with sophomore Peter Makey, both with 13.4 points. Freshman Tomas Palma placed 33rd on floor (11.9).