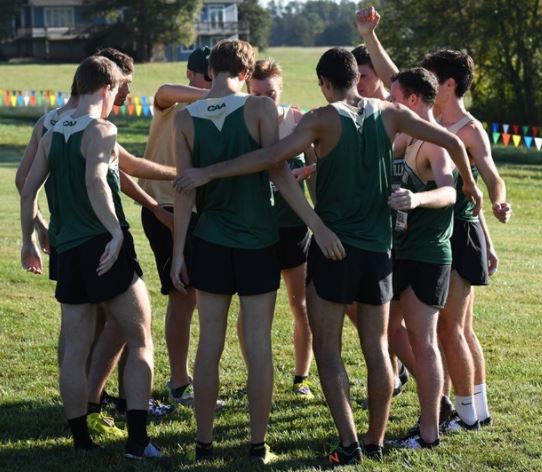 Tribe sophomore JP Trojan captured the individual CAA championship on the men’s side, clocking in at 25:01 over the eight-kilometer course to pick up his second conference title after winning the 10K on the track this past spring.

Trojan said he was pleased with his individual victory, but was quick to credit his teammates and express excitement over the team win.

“Our goal was to run as a pack and control the race as a team and we did that,” Trojan told CAAsports.com following the race. “I eventually just broke free from our pack, but I think it was more of a team effort and what we did together was really awesome today.”

The College’s remaining four scoring runners weren’t far behind, as junior Ryan McGorty finished runner-up in 25:09 and redshirt junior Dawson Connell crossed the finish line in third in 25:11. Redshirt senior AJ Tucker finished eighth (25:46) and freshman Zach Skolnekovich rounded out the scoring and cemented the team victory with his ninth-place finish in 25:47. The College’s entire varsity lineup finished within the first 12 places, as sophomore Cooper Leslie finished 10th (25:48) and redshirt sophomore Evan Woods finished 12th (25:59). The Tribe won the title handily with its team score of 23. Northeastern finished second with 59 points and Elon finished third with 93.

Men’s head coach Forest Braden said he was proud of his team’s performance and felt happy to continue the winning tradition his first year as head coach.

“It feels good,” Braden told CAAsports.com. “Obviously the legacy here is something special … It’s a special place to be and I’m happy to be here and happy to continue that legacy.”

The College will race next at the NCAA Southeast Region meet in Charlottesville in two weeks. The women are slated to race at 10:30 a.m. and the men will run at 11:30 a.m.