During winter break, the College of William and Mary placed new signs for five campus buildings and one athletic field as  part of an effort to recognize the full names of the women they were named after. The new signs’ installation was led by Senior Director of Alumni Engagement and Inclusion Initiatives Valerie Cushman and James Cutler Professor of Law Emerita Jayne Barnard, and they now recognize Althea Hunt Hall, Carroll F.S. Hardy Hall, Cornella Storrs Adair Hall, Kate Waller Barrett Hall and the Martha Barksdale Athletic Fields.

The idea for the new signs came when Cushman went on a tour of campus designed to highlight buildings named after women, and those on the tour questioned why the buildings didn’t display the women’s full names. Six months later, Barnard asked Cushman the same question, which led them to push for the change.

Cushman and Barnard reached out to Board of Visitors Secretary Sue Gerdelman ’76 for the plan’s approval. The three then worked with Emma Heinze ’20 to research the names behind the buildings. Heinze said she studied past minutes from the BOV meetings when these buildings were first completed and named.

Heinze spent her summer working under Cushman at the Alumni Association. Heinze studied past minutes from the BOV meetings in search of the original names bestowed upon the buildings and which of those names belonged to women.

“I had to do research in the old Board of Visitor minutes to essentially figure out what these buildings were originally named,” Heinze said. “My job was to go through all of the minutes and see which buildings we know are named after women, whether they were actually named K.S. Hardy hall, or just Hardy hall.”

While this project was a responsibility of Heinze’s job with the Alumni Association, Heinze said she believes it to have an important impact on the College’s community. Heinze stated how she believes women should continue to be represented on this campus.

Cushman further described the beginning steps of the project, and the role Heinze had in research.

Cushman said she finds it important to recognize the true role of women in the development of the College, and that she is excited about the strides being made to do this.

“When I interviewed for my position I was told there was only one building on campus named after a woman,” Cushman said. “It’s just really wonderful to be able to say that’s not the case and that women are leading philanthropists on our campus, and that’s recognized through the naming of symbolic buildings.”

To ensure the project’s completion, Barnard worked to confirm what buildings on campus were named after women, and how much the new signs would cost. She then continued to support the idea as it went before the BOV and faced its decision.

“This summer I started thinking about the re-signing question. … I got some information about how much it would cost to re-sign the buildings,” Barnard said. “Sue Gerdelman put it on the agenda for the October Board of Visitor meetings … [the approval of] this one seemed, and I think, like a no-brainer.”

Gerdelman explained the process of installing the new signs from the perspective of her role as a member of the BOV, and the consensus on moving this project forward.

“Once the information was known, I took it to the Board of Visitors executive committee and the administration, and the Buildings and Grounds committee to talk about the re-signing,” Gerdelman said in an email. “Everyone was supportive because the buildings were not being re-named, simply re-signed. It was able to be handled administratively.”

Gerdelman shared her excitement for the new signs and what they symbolize for the College.

“The new signs are a visible reminder of the women who have influenced William and Mary. I think it’s possible that people assumed the buildings were named for men, and the new signs bring awareness,” Gerdelman said in an email.

“The new signs are a visible reminder of the women who have influenced William and Mary. I think it’s possible that people assumed the buildings were named for men, and the new signs bring awareness,” Gerdelman said in an email. “The response has been very positive. I was pleased to be a part of the process.”

While there are no other specific buildings with plans of being re-signed in the near future, the school now has a push to begin installing more new signs for old buildings and signing new buildings with the full names of their namesakes. 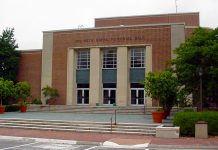 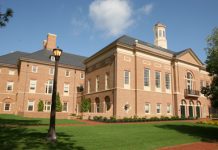