At the Feb. 5 meeting of the College of William and Mary Student Assembly, senators discussed The Higher Standard Resolution as well as race relations at the College.

The bill, drafted by Class of 2020 President Kelsey Vita ’20 and Sen. Anthony Joseph ’21, asks the College’s Board of Visitors to condemn Virginia Gov. Ralph Northam’s use of  blackface in his medical school yearbook as well as his admittance to using blackface when attending a party as Michael Jackson. The bill also asks for the Board to consider revoking the honorary degree awarded to Northam at the 2018 Charter Day festivities and called for the creation of an ad hoc committee on race relations, whose members would come from outside SA.

Photos on Northam’s page in his 1984 Eastern Virginia Medical School yearbook were released Feb. 1 by Big League Politics and later confirmed by The Virginian-Pilot. The photos featured two men, one student in blackface and one in a Ku Klux Klan hood and robe. Northam originally confirmed that he was in the photo but later in a press conference, Feb. 2, revoked his statement. He then admitted to appearing in partial blackface dressed as Michael Jackson at a party.

Northam was expected to attend Charter Day and College President Katherine Rowe’s inauguration. Rowe announced in an official statement Feb. 4 that he would no longer be in attendance.

Hassan brought an edition of the College’s yearbook from 1958, which she found sitting on a bookshelf in Swemroma’s. In the yearbook, exemplifying some of the College’s own history of racism, there is a picture of Chi Omega sorority sisters wearing blackface.

“I think our school, and our community as a whole, has come so far from this, this that used to be our history, this, which used to be what I believe this group stood for, we’ve come so far from that,” Hassan said, referring to the photo. “I think we need to take a step forward, and take a step toward our future, and really redefining William and Mary, and I think we’re able to do that with a community like this.”

Joseph shared some of his own experiences with racism, focusing on the differences he has seen in attending a college in the South.

“I have dealt with racism my entire life,” Joseph said. “Racism in New Jersey is a little different, it’s more covert, people are more polite about it. … But here it’s a lot different.”

Joseph described how when he returns to Virginia following breaks, the first thing he sees is a gas station called Dixieland that flies Confederate flags with the words “the South starts here.”

“There has been several times on this campus that I have not felt safe, and I have never felt that before,” Joseph said.  “And you know, this isn’t political for me. This is my life. Those pictures, that blackface, is a depiction of my life, which to some people is a joke. … Someone needs to be able to say ‘enough is enough.’ William and Mary, the South, the United States, is really good at doing the bare minimum and patting themselves on the back.”

The senators also took time to discuss the outcome of the Martin Luther King Commemoration event with speaker and journalist Roland Martin. Joseph and SA Undersecretary of Multicultural Affairs Camryn Easley ’20 said that they wished that Martin had not been invited to the event because they felt that Martin was egotistic, and behaved offensively towards women during the dinner that took place prior to the moderated event. SA had allocated $5,000 for the event.

“I’ll be honest with you, I wish we didn’t put our brand on this,” Joseph said. “He came into the room and he had a Kanye West ego, it was larger than himself. I make brevity of the situation, but I was really kind of disappointed and [it was] shocking that this man was talking to us [behind] closed doors. At dinner he came off as kind of rude, and to be quite frank with you. … I didn’t go to the [event] that followed because I had seen everything I needed to see.”

“I came across this really controversial past that he had surrounding him promoting anti-gay violence on his social media platform,” Easley said. “He got suspended from CNN for it — it was a really big deal — and eventually got fired, and so because the CSD and SA does not promote any violence against any community of people, it was a little disturbing to know that we had paid for and supported and pushed this man to coming to this school.” 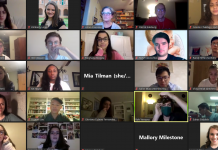 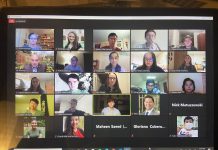