We all know the definition of a twamp: a “typical William and Mary person.” But let’s be honest — that’s not a very helpful definition. What truly defines a twamp? My hall’s orientation aides posed this daunting question to us, and we were stumped. We could not agree on a single, all-encompassing definition, but some answers included: hard-working, quirky, intelligent, curious, creative, overcommitted and even nerdy.

But is a twamp defined by a few higher order character traits like those that make up personality psychology’s Big Five? I say no. From my experience, I would argue that a twamp cannot be defined by mainstream adjectives and character traits — a twamp’s essence is complex and anything but typical. In an attempt to help highlight and identify the twamp, I have compiled what I believe is a helpful identification guide, based on seemingly ordinary behavior — at least at the College of William and Mary.

“I would argue that a twamp cannot be defined by mainstream adjectives and character traits — a twamp’s essence is complex and anything but typical.”

Thus, I present you with a curated list of twamp traits. You know you’re a twamp when…

And lastly, a disclaimer — the word twamp is not and should not be considered derogatory in any sense. I proudly identify as a twamp and find that students at the College are some of the most interesting and welcoming individuals I have ever met.

J.R. Herman is a Confusion Corner columnist and she wants you to embrace your inner twampiness — she sure has. Email J.R. Herman at jcherman@email.wm.edu. 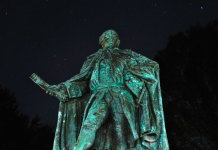 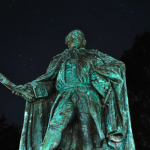