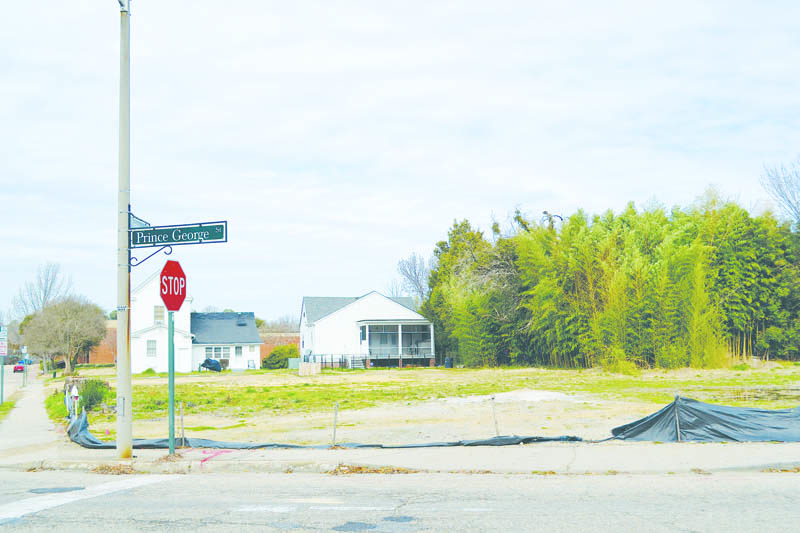 A planned private residential and retail complex just off the College of William and Mary campus may soon alleviate the student housing crunch.

Local contractors have plans to construct a building on the corner of Prince George and Armistead streets that will combine retail and living space. The building, a stone’s throw from Sorority Court, will echo the design of the Tribe Square project.

The development project was approved by the city’s Architectural Review Board in April and will add 9,800 square feet of retail space to the downtown area. Seven apartments will sit atop the commercial space, and they will be leasable to any interested party. The city’s currently intends to have residential space above all new retail development in the area.

“One of the things we have been focusing on for a number of years is how to expand the downtown area,” Williamsburg Mayor and economics College professor Clyde Haulman said. “What you are seeing are developments attempting to make Prince George Street a more viable commercial area.”

The city planning commission aspires to accomplish more than just construct a better building in the downtown area. It also intends to incorporate improvements to Prince George Street along with the construction of the new building that are slated to begin later this year.

“The city hopes to improve the street-scape on that section of Prince George Street, giving it a more connected feeling,” Vice Mayor Paul Freiling ’83 said. “We feel like there is a real opportunity to build connection in the downtown area.”

The city’s primary goals include the widening of sidewalks to resurface them in brick and the addition of better streetlights. These improvements aim to expand the aesthetic theme further into outlying downtown areas.

Beyond the visual changes, the city strives to increase the relevance of the downtown area to students through the addition of more retail space in an appealing location within walking distance of the College.

“This [the development project] is an attempt to continue to create a commercial area that is friendly to the student population,” Haulman said.

The city has also made efforts to ease the way for new development by relaxing requirements under a new “downtown parking zone.” Previously, new developments were required to add parking spaces relative to the increase of developed space, often a prohibitive stipulation in denser areas such as Williamsburg’s downtown.

“When we instituted this downtown parking zone, it was done in conjunction with the construction of the parking structure … as well as with the knowledge of the nearby College students,” City Planning Director Reed Nester said. “The situation would have been different if the site was down Richmond Road.”