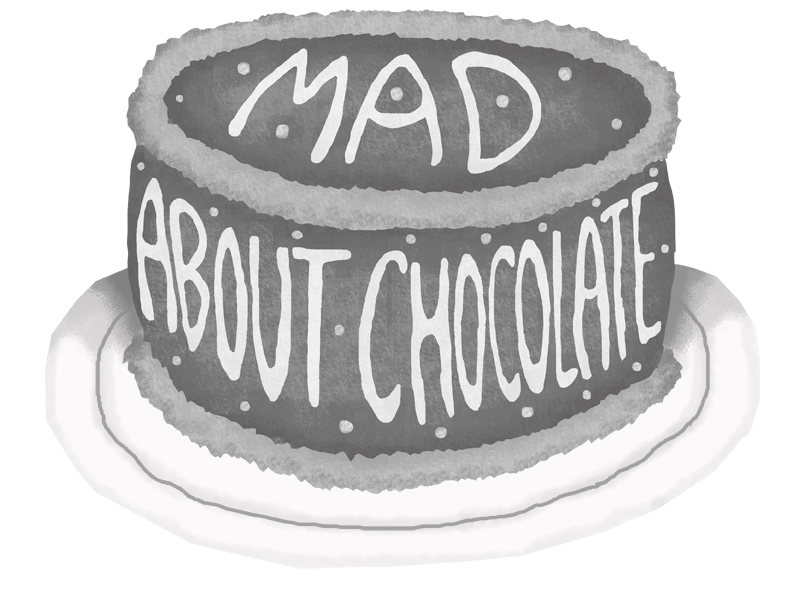 Walking down Armistead Avenue, students at the College of William and Mary are half-heartedly greeted by fading storefronts, dark windows and empty lots. Here and there, a “Coming Soon” sign hangs in a window, seeming to apologize for the area’s distinct lack of activity. What passersby cannot see is that behind one of these sleepy facades, a chocolate haven that would make Willy Wonka proud is being built.

Dessert connoisseur Marcel Desaulniers, former owner of the Trellis restaurant, returns to the Williamsburg food business with his wife, Connie Desaulniers ’75, with a new dessert shop: Mad About Chocolate.

“We wanted to do something else, and chocolate’s always been my passion,” Marcel said. “All the desserts at the Trellis were pretty much all chocolate-oriented, and having written so many books about chocolate and cookbooks, we decided that this was sort of a good fit.”

Marcel, a graduate of the Culinary Institute of America, is the author of ten cookbooks, eight of which feature dessert recipes, and has also hosted several television cooking shows, including one entitled “Death by Chocolate.” He will head the baking team at Mad About Chocolate.

“There’s a lot of identity with us and with chocolate,” he said.

Strategically located between Merchants Square and Tribe Square, Mad About Chocolate will offer a variety of Marcel’s signature desserts, including some that have previously been served at the Trellis, such as cheesecake and white chocolate ice cream. In addition, the shop will serve coffee and hot chocolate, as well as savory and vegetarian dishes.

In an effort to make itself student-friendly, Mad About Chocolate will be accepting W&M Express and will offer a to-go option. The Desaulnierses are also interested in providing baked goods to student organizations for fundraisers.

Connie, an artist and the General Manager of Mad About Chocolate, has played a significant role in designing the interior of the store. Her aim has been to use the colors, patterns and materials to create an environment reminiscent of chocolate. Her own artwork, self-described as “quirky,” will also be displayed throughout the store.

“It will really be a fun place,” she said. “Marcel’s desserts are so different and over the top, so that’s the main component, but we want to have the whole place reflect how exciting these desserts are.”

In addition, Mad About Chocolate will feature an open kitchen, so customers will be able to see the baking team create everything from scratch.

“It’s sort of theater at the same time. You’ll be able to see what you’re going to eat — see it in action — which is entertaining but also comforting,” Connie said.

Caitlin Goldblatt ’12 was one of the first non-baking employees hired to work at Mad About Chocolate. An aspiring chef herself, Goldblatt will be responsible for front-of-house work and is currently involved with marketing and publicity at the College.

“I was really attracted to Mad About Chocolate because it seemed very fun,” Goldblatt said. “Connie and Marcel are incredibly creative people and I also used to work at the Trellis, but after Chef Everett bought it from them. So there was still the Death by Chocolate lingering around. I had been to the old Trellis before, and I just thought the idea of a patisserie was really great.”

Goldblatt hopes that Mad About Chocolate will serve as a link between the College and the greater Williamsburg community.

“There’s not that much student-friendly local business here, and I think that with Tribe Square and with the upcoming arts district, Williamsburg is changing a lot for the better,” Goldblatt said. “I’ve been to other college towns — I mean, Charlottesville and Asheville, they’re all so different and there’s so much more stuff that suggests that the town-gown relations are a lot more positive and that business is more receptive to students, and a lot of that’s about getting capital from students flowing into the town, but also it’s about making students feel welcome and like they don’t just have this insular community on campus to hang out in. So, I think that with places like The Crust having a lot of student involvement and a lot of crossover with different student organizations, and with DJ nights at the Leafe, things like that, I’m just hoping this will add to the local business that students patronize.”

Later this year, construction work will be done on the surrounding area to make it more pedestrian-friendly. In the meantime, Mad About Chocolate is scheduled to open the first week in April.

“I think that food can really mean something,” Goldblatt said. “I know it sounds weird, but I think that it can reflect a culture and remind you of home and comfort you. I think this is what this place is going to do. I think it has the right attitude for this area and it’s going to add something new.”