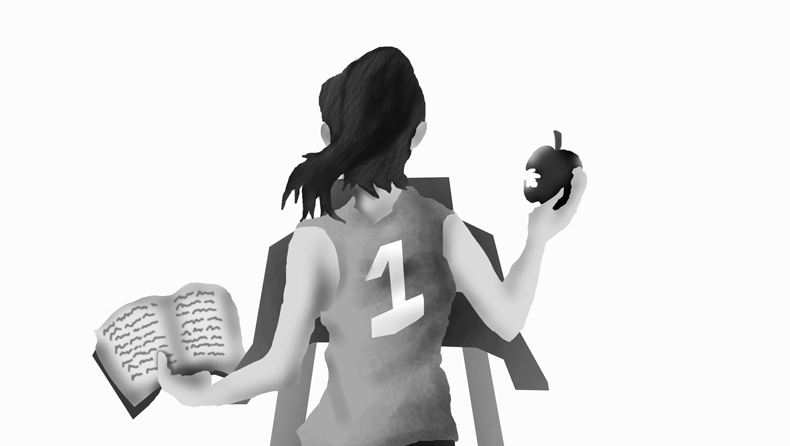 For Casey Swann ’12, recovering from an eating disorder and attending the College of William and Mary is like swimming upstream.

When she attended a recovery clinic in Pennsylvania, she learned the proper ways to take care of herself, and almost all of them were counter-cultural. And for Swann, the College atmosphere only works to intensify those ideas. 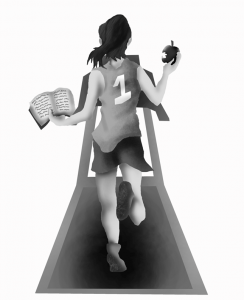 “Typical William and Mary students are high achievers in every aspect of their lives, and I think it kind of feeds on itself,” she said. “It’s definitely something that’s very prevalent in the United States in general.”

This past summer, Swann studied in Rome, Italy, and she wrote a novel regarding her experience recovering from an eating disorder abroad. Now, she is further along the road of recovery, but seeing the habits of students around her makes the process that much more difficult.

Unhealthy mentalities range from poor eating behavior to excessive exercise trends, both of which are worsened by the mindset of perfectionism at the College.

“Students don’t understand what their body needs and how much their body needs, and there’s a standard of appearance on our campus that tends to promote that,” Swann said. “Even if people don’t say it out loud, they’re pressured to do certain things and look a certain way. The way people talk is such a big problem, too. ‘Oh man, I ate so much, so I need to go exercise.’ That’s exactly how I thought when I was bulimic — it’s unhealthy. Portion control is important, but you also need to allow your body to have what it needs.”

Swann, though, is only one example of a student worried about health and body image issues on campus. Collegiate Awareness Regarding Eating Smart is a group whose goal is to promote a healthy atmosphere at the College.

“What we mainly focus on is reinforcing a positive body image,” CARES president Catie Duckett ’12 said. “Eating healthy, being comfortable in your own skin. Everyone looks different, and with media pressures on top of the pressures of being at a school like this, I think a lot of times that can be turned into an idea of the body only looking one way. We try to debunk the myths about like [having] to be skinny, to be healthy, and that sort of thing.”

This week is “Love Your Body Week,” an annual event during which CARES hosts activities, shows movies and brings speakers to campus, all to help encourage students to take care of themselves.

“I think that Love Your Body Week is really important because it’s a reminder, first of all, for students to appreciate their bodies,” Kiah Hardcastle ’13 said. “It’s really easy to lose focus of your own wellness.”

For Swann, issues she sees around campus usually stem from a desire to look and act in ways that coincide with societal norms. She believes this falls within the spectrum of striving for perfection.

“First of all, you can’t be perfect, and you can’t control everything in your life,” she said. “Perfect shouldn’t be a model that we’re judging ourselves against. It should be doing what is best for ourselves.”

The collegiate atmosphere in general does not coincide with many of society’s messages regarding health. At a student panel on eating disorders that CARES hosted in late March, a speaker pointed out that caloric charts that the government issues are based on individuals who walk less than one mile a week.

“That made me stop and think: How much do I really walk?” Duckett said. “I probably walk over an hour every day. I think that speaks to the fact that college is a unique environment.”

Swann sees this same idea during her time on campus as well.

“The American Heart Association says that you need an average of around thirty minutes of moderate exercise a day,” she said. “We get that just by walking to and from class. The time walking from Wren to Morton or Swem, carrying a load of books, is moderate exercise. Yet still people feel the need to go to the gym, or go on runs all the time. There’s nothing wrong with that, but [the problem is] the compulsion to do it when your body doesn’t want to. A lot of students are very out of touch with their own bodies. And they don’t give themselves a break when they really need it, or they don’t recognize that their body needs a specific amount of food, including carbs and fats.”

CARES attempts to remind students of the importance of taking care of themselves and that doing so will allow them to succeed in other aspects of their life. The organization hosts a free breakfast close to finals in hopes that students will eat in the morning during a high-pressure time period.

For both Swann and those at CARES, a big problem is the prevalence of issues on campus, even though they do not receive very much official attention. According to them, students are high achievers in every aspect of their lives, but they often forget to take care of themselves and lose sight of their overall wellness.

“I think that you really just have to be comfortable in your own skin,” Hardcastle said. “That’s the key above all things. A guest speaker from last semester, Kathleen MacDonald, said that it’s a given that you’re beautiful because you’re alive. And I think that kind of mindset is needed for being healthy and living a healthy life. Everything else will fall into place.”