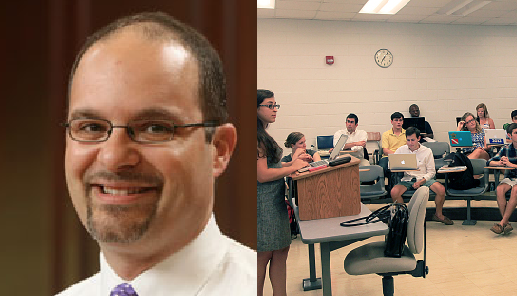 The Student Assembly initiated discussions with the Office of the Dean of Students on the controversial arrest disclosure policy added to the Student Handbook this fall. Secretary of College Policy Ben Migdol ’13 met with Associate Dean of Students and Director of Student Conduct David Gilbert and discussed a possible adjustment of the policy to better accommodate students.

According to Gilbert, Migdol and Student Assembly President Curt Mills ’13, the major issue with the policy is student awareness. They feel the student body is not attuned to the change in policy and the need to disclose their arrests or violations to the College, especially if they occur outside the Williamsburg area.

“Most of the student body is still pretty uninformed,” Migdol said. “They don’t know what all [the policy] entails.”

Gilbert said if students fail to disclose any arrests, their lack of awareness of the changed policy will be taken into account.

In terms of disclosure in general, Gilbert said students should not be concerned about the College knowing too much about their personal lives.

“We are relying to some extent on self-disclosure,” Gilbert said. “Most of the time when the student has disclosed, I’ve already gotten the report [from Williamsburg police].”

According to Migdol, one concern students have with the policy is the need to disclose any and all arrests experienced both on and off campus. He said the policy’s language is unclear and students do not know if it is necessary to disclose summons if there was no physical arrest. According to Gilbert, the policy currently includes all arrests and violations of the law excluding minor traffic violations.

Other concerns the students addressed with Gilbert include the ramifications and punishments students will face if they do not disclose arrests or if significant arrests are reported. Gilbert stated that files are analyzed on a case-by-case basis, taking into account a student’s history of arrests. Gilbert then sends any concerning incidents to Dean of Students Patricia Volp and from there the decisions regarding possible suspension are made.

According to Mills and Migdol, the SA initiated this discussion with the goal of changing the policy to better serve student interests at the College.

“This is an initiative that came out of the SA executive at the end of the year,” Mills said. “What we want to see out of that is a reexamination of the arrest disclosure policy … Our hope is to make the policy only apply to violent activity and mental health concerns.”

Migdol repeated these goals, adding that this initiative is a major focus of the SA right now.

“The position of the executive is that we are cautiously optimistic that we can make some changes to the policy,” Migdol said. “The executive this year is really committed to student rights as a whole. … This policy is the real focus right now for the whole executive, not just two people.”

The SA and Dean of Student’s office will continue to meet to discuss the policy throughout the semester. Mills and Migdol both stated they will be meeting with Gilbert again in the coming weeks. Gilbert also voiced an interest in addressing the SA if he is ever invited to do so.

According to Migdol, Gilbert has a history of working closely with students on controversial policy issues. Last year, Gilbert worked closely with the SA to reevaluate the medical amnesty policy to provide clearer language to students.

Gilbert also affirmed that the College is not alone in making such changes to disclosure policies. The University of Virginia and Virginia Tech implemented arrest disclosure policies following incidences on the respective campuses. The perpetrators in the 2007 massacre at Virginia Tech and the murder of Yeardley Love at U. Va. in 2010 both exhibited signs of violence and mental instability, yet neither school was aware of the legal history of the students before these incidents occurred.

Even though the policy is being discussed with the goal of readjustment on the SA’s part, all parties involved assert the productive nature of the policy. Gilbert, Mills and Migdol concluded that the policy is for the safety of the community.