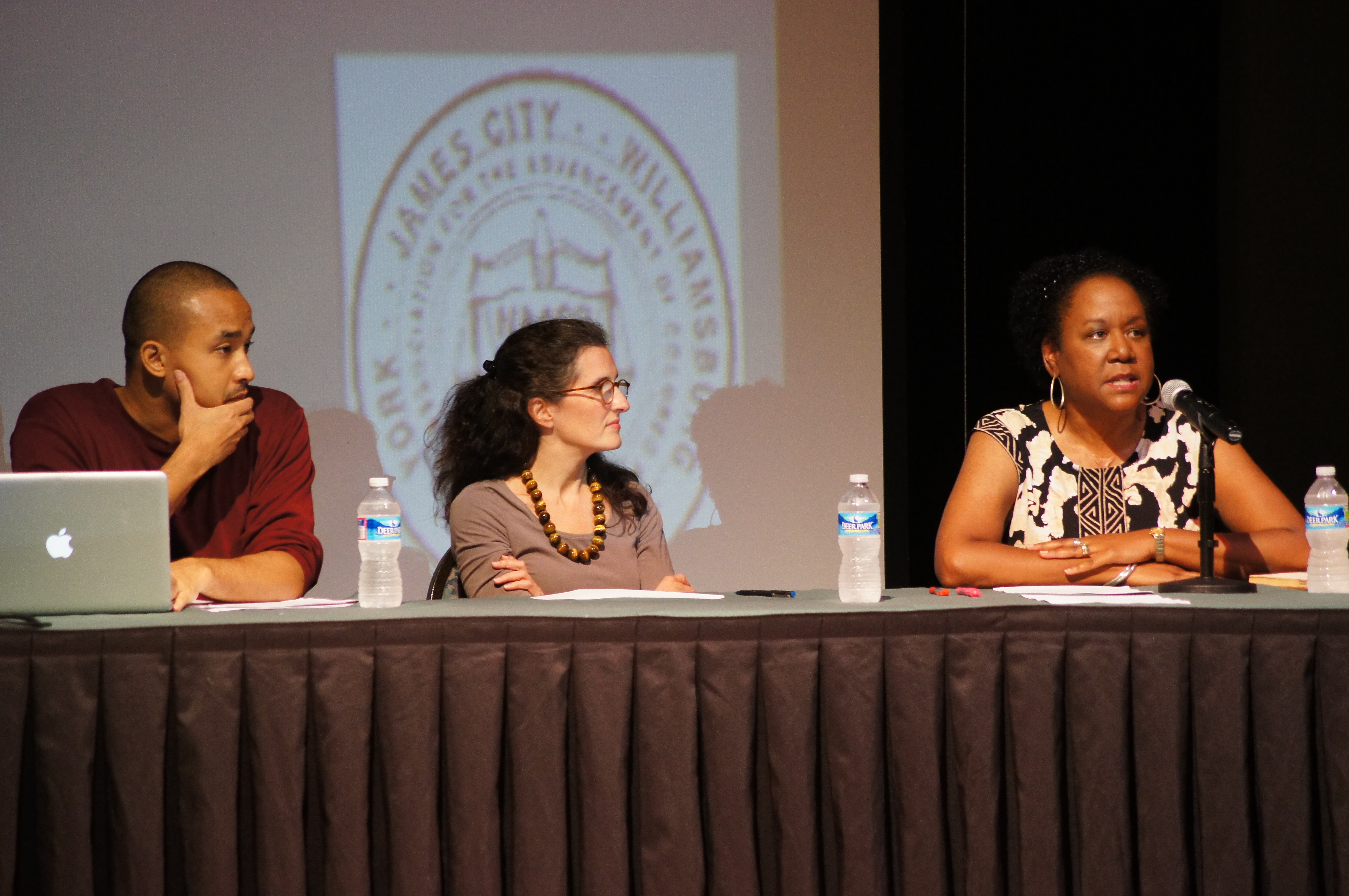 Eleven states passed voter ID laws since 2011 requiring voters to present valid ID at the polls. With the 2012 election approaching, many have begun to argue this is not an attempt to stop voter fraud, but a return to voter suppression and the Jim Crow era.

“Voter suppression is not new; it’s been around for a long time. We know that there is a consistent attempt to maintain power, and one of the ways to do that is to suppress the vote,” Allen said.

More recently, political analysts have found evidence of suppression of the minority vote in Florida during the 2000 presidential election.

“For many people, the narrative of the new era in American politics where African American citizenship is going to be fully protected took a major blow during the presidential election of 2000. There were, indeed, many violations of the Voting Rights Act of 1965,” Thelwell said.

“This is really inexcusable behavior for a 21st century democracy, in my opinion,” Thelwell said. “It is important to note that there was no smoking gun. Investigators were unable to uncover a conspiracy to suppress the black vote. American democracy didn’t work for a large section of African American voters in Florida.”

Many attribute this return to voter suppression to changing demographics of the American population.

“By the year 2050, most demographers have predicted that white people will become the minority in this country,” Thelwell said.

The Republican Party is responsible for passing almost every piece of voter ID requirement legislation. Because most minorities in America identify with the Democratic Party, this pattern has raised suspicion.

“Some Republicans have decided that the best way to deal with the population that is unlikely to vote Republican is to put legislation in place that makes it more difficult for that population to vote,” Thelwell said.

There are other potential causes for the rise in voter ID legislation.

“What is the motive behind passing these voter ID laws? One is that it’s straight up racism; the motive is to prevent minorities from voting,” Green said. “The other possibility is politics. The third possibility is sincere concern for voter fraud.”

According to Green, there is widespread doubt that the prevention of voter fraud is the goal of these laws.

“It is important to note that if you require someone to bring a voter ID to the polls, it is a very narrow class of election fraud that you will prevent. All you will be able to prevent is voter impersonation. No one has come up with many examples of that happening,” Green said.

Many states have passed voter ID legislation that will not be enacted in time for the 2012 election, which may cause confusion among  voters.

“It’s not clear that people are going to know what they’re supposed to do, and there are people who may not have the proper ID and might not be able to vote on Election Day,” Green said.

This issue has proven to be difficult to resolve as the two political parties maintain opposing views on what the legislation aims to accomplish.

“It really has come from a deep distrust on both sides of the aisle. One side believes very strongly that what is going on here is voter suppression. The other side believes that what’s going on is massive voter fraud,” Green said.

Many residents of Williamsburg came out to hear the panel and join the discussion.

“It’s really sad in America, the greatest country on Earth, that men and women, no matter your ideology, would go to these lengths to prevent people from voting. I’m very saddened by that. That’s not the kind of country we want our children and grandchildren to grow up in,” Carlton Stockton, a Williamsburg resident, said.

According to Thelwell, no matter the motives behind these pieces of legislation, many minority voters are being disenfranchised around the country regardless.

“Jim Crow lives. The strategies used in order to suppress the vote have changed post-1965; they have evolved into new kinds of race-neutral legislation [and] new kinds of technology. Voter suppression is less harsh — it is less overt today — but it still exists,” Thelwell said.