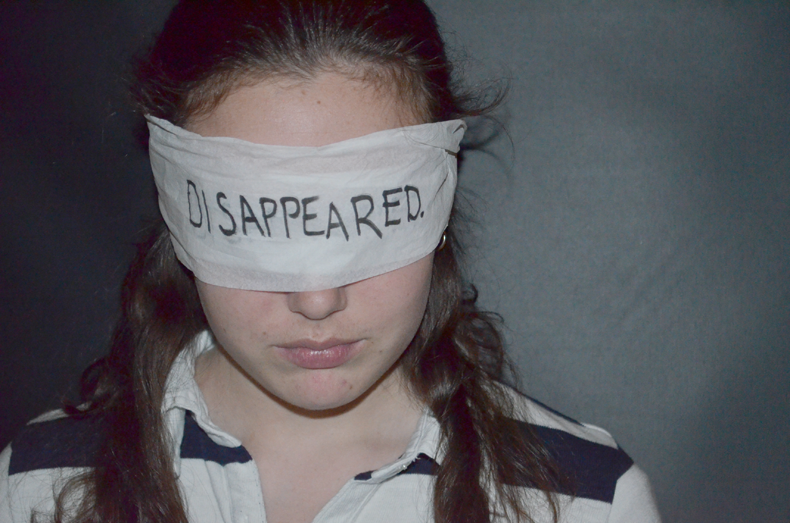 Since the year 1976, an estimated 500 Argentine babies have been taken from their mothers and adopted by military families. As of the year 2012, 106 have been reunited with their true relatives. Although Argentina now knows democracy, the current generation lives in the shadow of the Dirty War.

Finally, thanks to a group of women called the Grandmothers of the Plaza de Mayo, the Children of the Disappeared are being returned to their rightful families and the scars left by the period known as the Dirty War are healing.

On Thursday, Nov. 1, the College of William and Mary screened the film “Las Abuelas de Plaza de Mayo and the Search for Identity,” which addressed the lost children and the women who continue to work toward reuniting families torn apart by the military dictatorship that ruled Argentina from 1976-1983.

Tex Harris, a former member of the United States embassy in Argentina, attended the film screening and spoke to students about his experience in the country during the regime. During his time at the embassy, Harris worked on implementing President Jimmy Carter’s human rights policy and exposing the dictatorship’s wrongdoings. Under the regime, he explained, all those in opposition to the government were labeled terrorists. According to Harris, the global questions raised by the Dirty War remain unanswered.

“It is a story that is still unfolding in terms of its details, but the drama exists today because every government in the world has got to decide how it fights terrorism,” Harris said. “You have in the balance a perfectly secure but perfectly un-free society. So it is a balance. Every society has got to decide where on the scale they strike the balance between safety and risk, and between freedom and control.”

Betsy Konefal, associate professor of history, and Silvia Tandeciarz, chair of modern languages and literatures and associate professor of Hispanic studies, jointly hosted the event. Both teach courses at the College related to the Dirty War and are acutely aware of the trials currently taking place in Argentina to prosecute ex-military officials, as well as the simultaneous, ongoing efforts to search for the children who have been separated from their real families.

“They are now spending a lot of time trying to match [the children] up with their biological families,” Konefal said.

Tandeciarz was born in Argentina and has focused most of her research on the period of time surrounding the Dirty War. She remembers seeing the memorials in Argentina that serve as a reminder of the nation’s past, and in her travels has visited the Plaza de Mayo, where the mothers and grandmothers of the “disappeared” and their children once demonstrated.

“Right now, on that square, you’ve got the memory of those marches engraved through the kerchiefs — they put on white kerchiefs, which were actually children’s cloth diapers that they wore on their heads,” Tandeciarz said. “Those kerchiefs are stenciled into the Plaza as a reminder of their presence. So people might not know what that means when they stumble across the square in front of the pink house as a reference to the dictatorship and the activism of people who were mobilizing for human rights at the time.”

Tandeciarz’s family was not affected by the dictatorship; however, her connection to Argentine state violence is more than academic. As a teenager in the United States, she participated in an Argentine folklore dance class. Her dance partner, Carlos Marandino, was working as a driver for the Argentine Naval Attache in Washington, D.C. In 2008, he was extradited to his native Argentina and put on trial for his role in the 1972 Trelew Massacre. Marandino, 22 at the time, had led 16 political prisoners to their execution and is now confined to house arrest. The massacre is widely regarded as the beginning of Dirty War violence, although the military dictatorship had not yet taken power.

Tandeciarz was quick to note, however, that her situation was not unique.

“Things like this don’t just happen in Argentina, they happen all around the world,” she said. “It has made me very sensitive to things like due process, wire taping, secret prisons, rendition, Guantanamo Bay and the rights of those who do not have any civil rights in this country, like undocumented migrant workers. When we talk about terrorism in this country today, I always want my students to think about what we do with state terrorism. So the very state that is supposed to defend your rights and protect you becomes the agent for illegal criminal activity.”

Harris confirmed that the threat of state terrorism is not confined to one nation and advised in his talk that the events in Argentina should inform how we handle terrorist situations and civil rights issues in the United States.

“The problems that we face from the threat of terrorism are not military problems,” he said. “They are problems of people who are absolutely committed to their fundamentalist view of the world and want to bring about, the same as Argentina, terrorist actions to change the American society — and that is happening now.”

Tandeciarz took this warning a step further and placed it in the context of today’s presidential election. She wants students to remember the atrocities that occurred in Argentina and the issues that are still at hand with the trials of military officers so that students will be reminded to vote to protect their rights so that horrors like this do not happen in our nation today.

“There is a threat out there, which we are seeing today with the terrorist threats out there, which is necessitating all sorts of actions,” she said. “In Argentina, it was to rid the nation of the cancer serration within the nation. With this country, it is used to justify all sorts of policies that could be very problematic and limit our ability to decide and to be free and to live in a just and equitable world. I would say in terms of the election, the most important thing is to recognize that we have a responsibility as citizens to ensure that our democracy continues to be all that it can be.”

Democrats and Republicans alike recognize  the value of voting and maintaining the democracy in America to prevent our nation from falling into as dark a place as Argentina did.

Republican Ryan Corcoran’ 16 was out campaigning for Mitt Romney when he noticed that many Americans do not want to vote.

“I have heard people say ‘Oh I don’t want to vote, because I don’t want to be responsible for whatever happens.’ I don’t think you should look at it that way. I think you should look at it as, find a candidate that is best aligned with your values. I certainly don’t agree with every single standpoint that Republicans believe in, but I am more aligned with them than the Democrats,” Corcoran said.

Democrat Veronica Ferris ’15 believes that in this election, human rights should be considered carefully.

“Individual rights and civil rights need to be a priority but so does national security,” she said. “Hopefully there is a way to make them both work.”