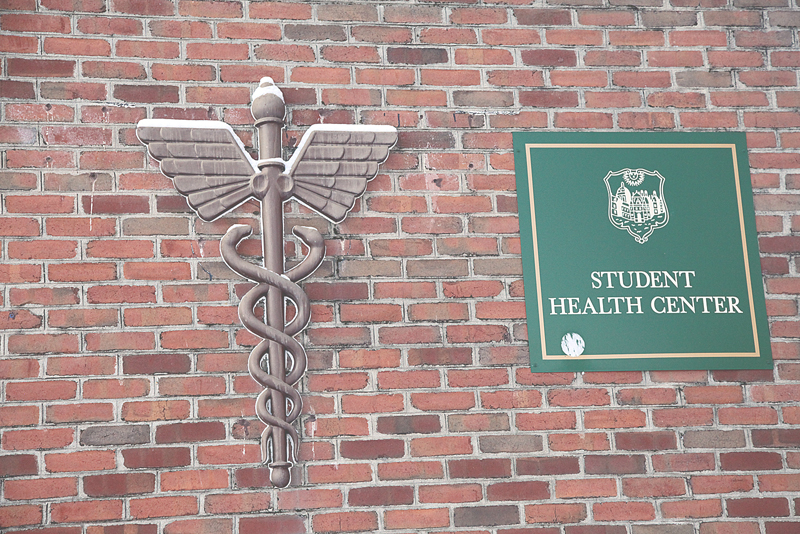 Grace Hu ’16 woke up last Friday with a runny nose and cough. Thinking it probably had to do with smoking cigarettes and lack of sleep, she didn’t give her symptoms a second thought. By Sunday, she had a worsened cough, fatigue, and a fever of 101 degrees. Hu had the flu. She had decided in the fall not to get a vaccine.

“I didn’t think getting the shot would prevent me from getting the flu,” Hu said. “[Looking back,] I probably would have gotten one because it could have prevented this or lessened the symptoms.”

According to the Center for Disease Control, the flu is currently widespread in the commonwealth of Virginia. The peak flu season is Jan. and Feb., but it can last until May. A person carrying the virus becomes contagious a day before symptoms appear and remains so for five to seven days after they appear. When students are living in close quarters, the virus can spread easily. As reported by http://www.flu.gov, the most common symptoms are a fever over 100 degrees, coughing, a sore throat, a runny nose, headaches, chills, fatigue and sometimes vomiting and diarrhea.

The College of William and Mary’s Student Health Center offers students flu vaccinations. According to the center’s website, the vaccinations cost $20 and there is no appointment needed. The College “encourages everyone to get the flu vaccines.”

Hu has made the decision to rest and miss some classes, which hasn’t been easy.

“It stresses me out,” Hu said. “I’m already taking a lot of classes, and I have a stressful schedule, so the flu is just making it worse.”

By staying home, Hu is avoiding presenteeism, the act of attending work or class while sick, which exposes peers to an illness. However, it is common in lecture classes to hear the sounds of students coughing or sneezing. This contributes to the spread of the flu around campus.

Eric Garrison, a health promotion specialist and an advisor for the Health Outreach Peer Educator at the College, says washing hands frequently can prevent the spread of the flu. Garrison’s tip is to wash your hands for the length of time it takes to sing your ABC’s twice. He tells students that they need to get flu vaccinations, even if they’ve already had the flu this season. Garrison says that even the strongest and healthiest students are most likely carriers and can get others sick.

“You’re actually taking care of the herd,” Garrison said. “A Tribe choice is a healthy choice. Make the healthy choice of looking after yourself and everyone else. It’s not an either or [situation]; it’s both.”

Garrison recommends that students talk to professors if they are sick. Professors may be able to email classwork to students or even Skype them into class. He is dismayed when he sees a clearly sick student in the classroom.