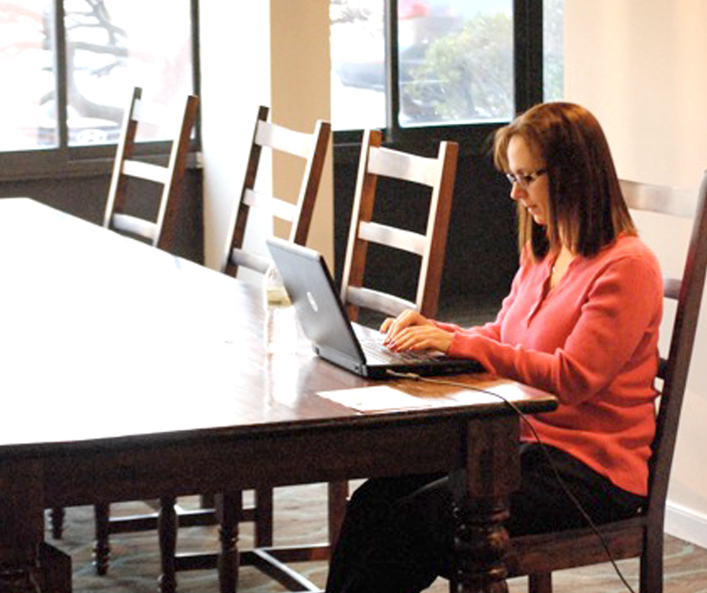 The new student housing apartment complex, City Lofts, opened its doors to potential renters this past week, with plans to complete construction this in May and start leases in June.

Located between IHOP and High Street, the former Quality Inn and Suites used to be an under-performing hotel. For real estate developer Demetrios Florakis and real estate agent Sandy Garber, the project of City Lofts the aim for the City Lofts project is to revitalize the property.

“We look at this as a great re-adaptive project,” Garber said. “This hotel wasn’t the highest and best use [of the building space] for the city.”

Revitalization has been a key word for Williamsburg recently, with City Council adopting the 2013 Comprehensive Plan in January. The new plan removed the previous density cap that restricted the number of residents in certain parts of the city. City Council members lauded the plan for its emphasis on redevelopment, an issue on which the City Lofts developers focused that the developers of City Lofts focused on for their project.

Florakis noted that redeveloping an old hotel has its complications.

“If I could sum [the project] up in one word: challenging,” Florakis said. “But it had great bones and was a solid building to work with.”

The great bones of the hotel are its concrete floors and ceilings, providing residents with sound-proofing which soundproof different levels of the building. Apartments incorporate full baths, kitchens, living rooms and bedrooms, and some apartments located on the fourth floor include a Jacuzzi bathtub.

Rent for the apartments ranges from $895 to $1,400 and varies based on square footage of the apartments. Students can rent the apartments with a 12-month lease. For $50 more per month, the complex will provide furnished apartments that include bedframes, dressers, end tables, a coffee table and a kitchen table.

The developers have also contracted with Swan Cleaners, a local dry-cleaning company in Williamsburg, to pick up laundry from the complex on Wednesdays and return it on Fridays for an extra fee from participating residents. Additionally, developers are working with the College to install the ID swipe system into City Lofts, which would students to get into the building with their student IDs.

“If you have something good, you want to replicate it and even improve it,” Garber said.

City Green and City Lofts both serve as alternatives to single-family houses in the neighborhoods near the College. The controversial three-person rule, which limits the options for students in neighborhoods, makes the availability of off-campus apartments particularly necessary.

“The city wants people to not occupy the single-family houses,” Florakis said. “So this is another option for students to live together in an off-campus option.”