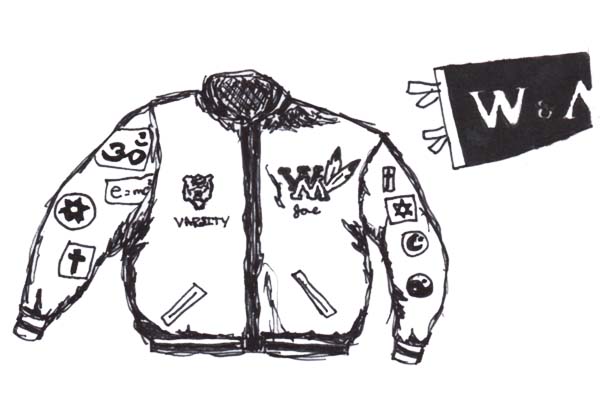 The ability for two people to look at the same world and see it in two radically different ways is likely the most awesome and terrifying thing about humanity. One person may see a world full of grace that, although flawed, exists and will continue to exist exactly as it was meant to be — blessed by something divine. Another person may see none of that. He may see this imperfect world, with its brutal violence and natural disasters, as nothing more than an arbitrary fluke.

Here I am at the College of William and Mary, surrounded by people who pray and go to church every Sunday, people who hate religion, people who don’t even care, people who know exactly what they believe and what it all means, and people who are still trying to figure it all out. Imagine our parents. For 18 years they could guide us in the direction of their choosing and attempt to keep influence of the outside world to a minimum. Not here. Not anymore. At the College — at most colleges, really — we’re free. It’s a scary thought, isn’t it? I suspect it’s much harder for the devout; they have to work at it. Or maybe I’m dead wrong. Maybe they don’t consider it difficult at all. Maybe it’s the easiest thing in the world for them. Perhaps they believe it’s the non-believers, like myself, who have it hardest, who have no direction without faith in their life — and who might even be condemned to hell, although they’d never admit it to our faces.

And I love that all of us, regardless of our differences, are forced to live together at least for a year or two and possibly even in the same room. I don’t care what you are: Catholic, Protestant, Muslim, Buddhist, Atheist, Scientologist — there is nothing worse than only spending time with people who share your beliefs. How can your beliefs be tested if not through encounters with the foreign and unfamiliar? How can I, as an agnostic, be taken seriously if I don’t attempt to understand other people’s beliefs? Just look at the atheist sub-page on Reddit for enough belligerent ignorance to last a lifetime.

This sort of exposure has been rewarding for me. I haven’t changed my views, but my assumptions have been challenged. For some reason, I had a vague notion that once people my age left the nest they would all just abandon religion. I was wrong. The idea that someone my age would go to church voluntarily or pray regularly was foreign and unfamiliar to me — you can tell I’m from the North. We could all use a bit of the foreign and unfamiliar. Scratch that; we need it.