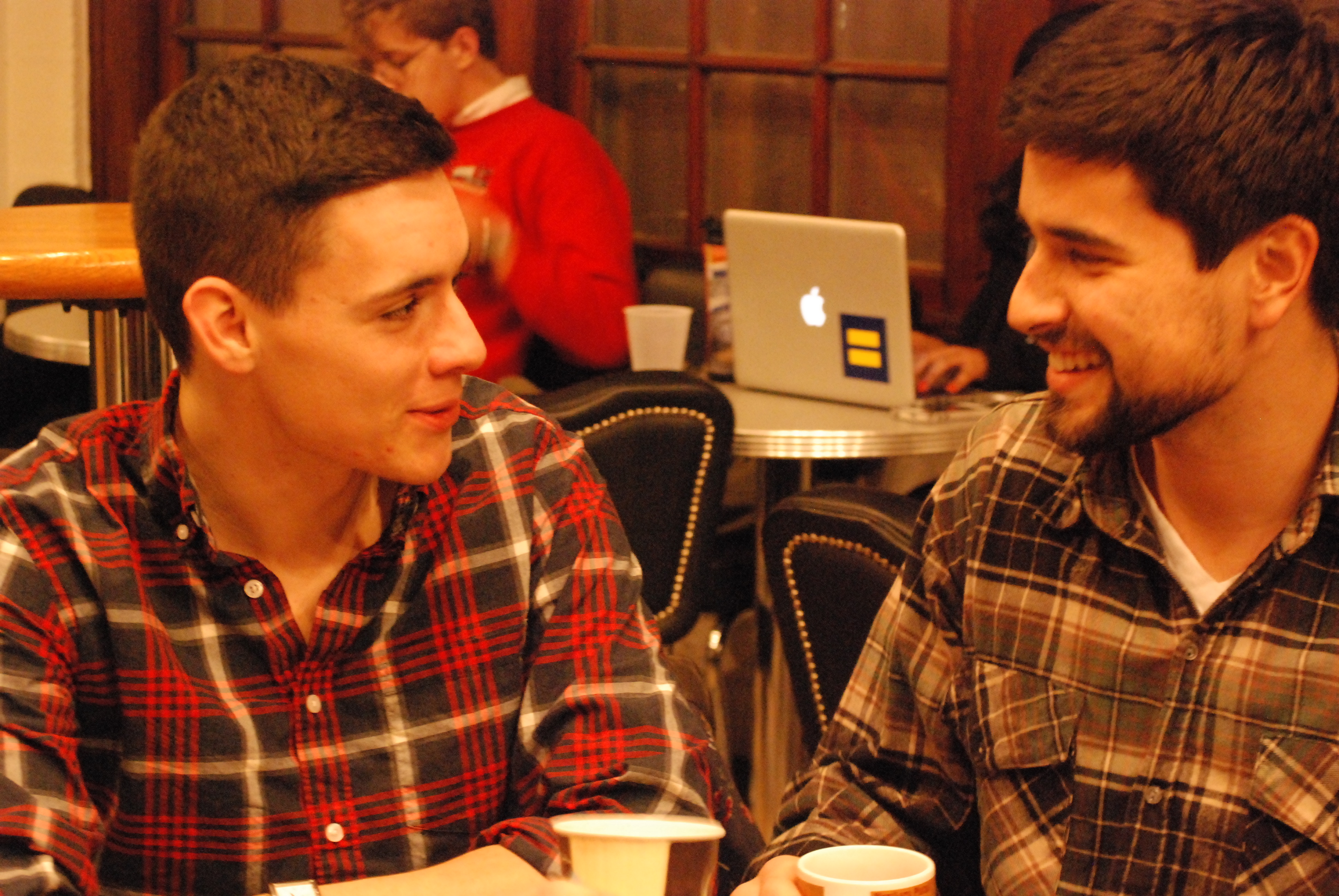 When Abby Acio ’13 filled out a roommate preference survey on Facebook a few months before her freshman year at the College of William and Mary, she wasn’t anticipating a response.

“[The survey] was just more detailed than the four questions  the College puts out on Banner,” Acio said. “So for me, at least, I was not really expecting anything out of this, but I was kind of bored, so I just filled out this survey and posted it on the thread and that was that.”

Little did Acio know that her questionnaire would connect her with Angela Tran ’13, who read Acio’s responses and reached out to her.

“One day, I just went on kind of a college spree, and I went to the William and Mary Class of 2013 page for the first time,” Tran said. “I saw this thread and I’m just scrolling through the responses, and then I came across Abby’s. Most of her preferences were very similar to mine, so I just decided to message her, and we kind of started ‘roommate dating,’ so to speak.”

After their initial correspondence on Facebook, Acio and Tran decided to request each other as roommates. Four years later, they still live together in an off-campus apartment numbered 201, the same number as the room in Fauquier Hall where they lived as freshmen. Acio and Tran are two members of a relatively small group at the College: students who remained roommates for all four years.

Four-year roommates are uncommon — it’s unusual for two students to begin their freshman year in the same dorm room and to continue living together through senior year. The College recognizes this accomplishment by hosting a special event for four-year roommates living both on and off-campus in the spring, when qualifying pairs get to eat lunch with College President Taylor Reveley. 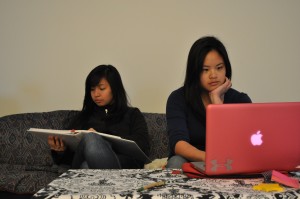 For Acio and Tran, who have never had any major conflicts with one another, making it through four years together hasn’t been incredibly stressful. The two emphasized that their similar living habits allowed their relationship to work in the first place.

“We’re both neat people; we can’t live in constant mess,” Acio said. “I remember one day I came home super late because I was out at meetings or something. It was past midnight, and I was expecting to have to sneak in quietly and do my bedtime routine while she was sleeping, but the lights were all on, and she was scrubbing the sink with a toothbrush.”

Jake Lewitz ’13, who also has lived with his roommate Wes Stukenbroeker ’13 for four years, agreed that cleanliness was one quality he prioritized when he entered the roommate search.

“On my survey, I wrote ‘incredibly neat’ as one of my characteristics, and Wes is neater than I am,” he said.

Lewitz and Stukenbroeker were randomly paired together as freshmen and quickly became friends, living together in a corner room in Barrett Hall. Stukenbroeker explained that, even early on, the two had a similar vision of what they wanted their room to be like.

“We sort of established guidelines freshman year when you do the roommate agreement, and we’ve pretty much stuck with those for four years,” he said. 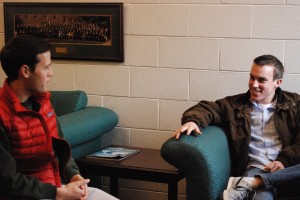 For Lewitz, this sense of continuity has been one of the best parts of living with the same roommate for four years.

“It’s easy and stress-free,” Lewitz said. “Not only is [his] stuff the same, but I know what to expect. There are no surprises.”

In addition to consistency, forming a long-term friendship can be another benefit of having the same roommate throughout college. PJ Judge ’13, who has lived with his roommate Frank Enriquez ’13 since his freshman year in Nicholson Hall, said their shared interests contributed both to their friendship and to their relationship as roommates.

“Whether it’s just coincidence or mutual influence, a lot of our interests coincide,” Judge said. “We both enjoy video games, but I definitely play more. We both love folk music. We like the same TV shows. We have, I think, as time has progressed, similar political and religious views, the same kind of humor.”

Although the two were paired randomly, Enriquez said that their similar interests made them an ideal match.

“It really wasn’t a matter of opposite personalities coming together and forming an unlikely fusion,” he said. “It turns out it was almost a ready-made pair.”

At the same time, Stukenbroeker said striking a balance between being friends and roommates was helpful in making his relationship with Lewitz work.

“There’s no defined recipe for success, I think, but one of the things that has worked really well for Jake and I is that we’re very good friends, but we’re not best friends, so it’s not like our relationship hinges on that,” Stukenbroeker said. “I feel like a lot of people come into college, and they want to live with their best friend from high school. That might work out great, but I’ve also seen it not work out. … If they have a falling out [or] if they were spending all their time together — that’s a big hit to the friendship.”

All three pairs emphasized the importance of being open-minded, not only to having a roommate, but also to new people in general, especially at the start of your college career. They also acknowledged there is a natural element to making any roommate relationship work.

“It doesn’t really apply to us, but if you’re a freshman, you shouldn’t go in expecting to have the same roommate for four years. … You can’t force a friendship to work,” Acio said. “We actually really did get lucky. By [the] same token, if you happen to get a random roommate, and that’s what happens, more power to you. It makes for a great college experience.”