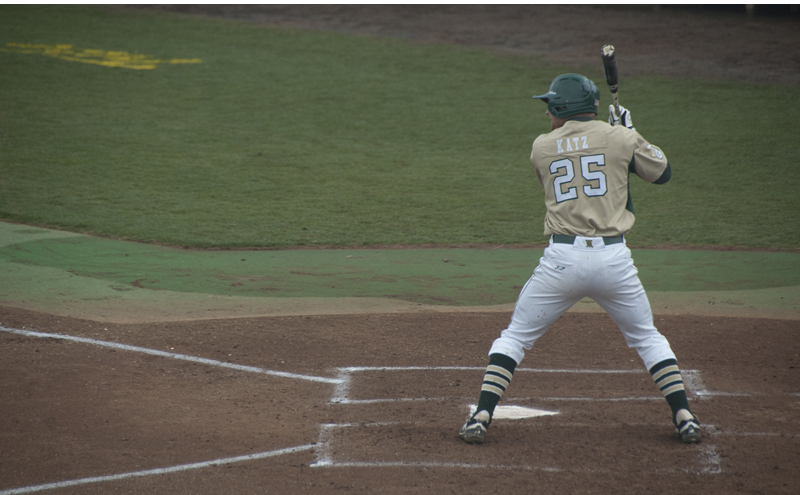 Given the 13-4 final score, it may seem hard to believe that William and Mary was down 4-0 in the third inning to Norfolk State. But, that was before the fireworks.

Head coach Jamie Pinzino’s sent Joseph Gaouette, an untested freshman, to the mound for the start with only nine innings to his season before Wednesday’s game. Entering the game with a 5.79 ERA and a blank 0-0 record, Gaouette faced a Spartan team with a cumulative batting average of .264.

Gaouette didn’t last long, however. After racking up the first eight outs of the game with ease, things went sour. Gaouette surrendered three consecutive hits in the third inning, allowing two runs. Norfolk State’s Cameron Day added to Gaouette’s problems, blasting a shot to right field that was clearly a home run from the time it left his bat. With the game quickly spiraling out of control, Pinzino pulled Gaouette for junior reliever John Sheehan, who ended the inning.

The Tribe batters responded after seeing that their pitching staff needed some run support. In what would become a trend for the Spartans, the half-inning started with two walks and ended with two Tribe runs on the scoreboard. Freshman right fielder Jonathan Sarty singled to score the Tribe’s first run, and freshman designated hitter Brian Lee hacked a sacrifice fly for the second.

Picking up the pieces from Gaouette’s third-inning debacle, Sheehan pitched his best game of the season Wednesday, allowing no runs over three and a third innings. Sheehan also gave up just one hit en-route to his second victory of the season.

While Norfolk State’s third-inning runs proved to be an anomaly, the Tribe’s did not. The College came back the next inning and earned two runs on four walks and no hits. Norfolk State’s pitchers seemed incapable of landing strikes and looked visibly shaken by continued problems with pitch selection and accuracy. Meanwhile, the Tribe reaped the benefits and tied the game heading into the fifth inning.

By the sixth inning, the Tribe offense found its groove. Freshman catcher Charley Gould took first base on a walk to start the inning. Three batters later, with the bases loaded, Lee cracked a double down the right field line, scoring two runs. Senior shortstop Ryan Williams popped one past the infielders to tack on two more runs and to wash away any memories of Norfolk State’s 4-0 lead.

When senior pitcher Matt Wainman was called out of the bullpen in the seventh inning, he picked up where Sheehan left. Wainmen fanned three Spartan hitters during two innings of scoreless pitching.

With a 13-4 lead following the implosion of the Spartan defense, Pinzino decided to try something novel: He picked Williams, the team’s usual shortstop, to close out the game in the ninth inning. Williams showed his versatility by shutting down his opponents with two strikeouts and an easy groundout to end the contest.

The College will host Colonial Athletic Association rival James Madison this weekend for a three-game series, its first conference home stand of the season.