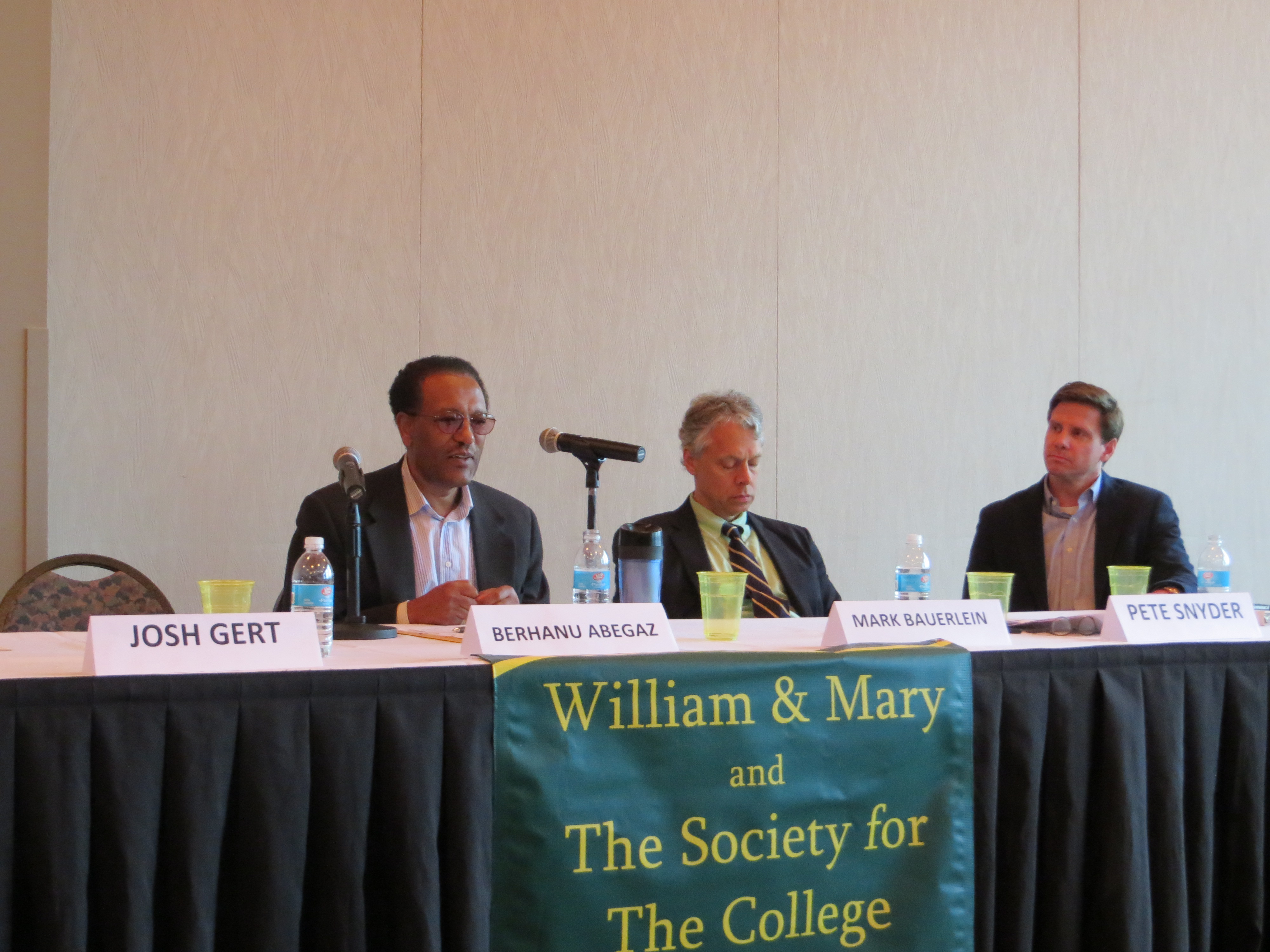 The Society for the College, an independent non-profit organization, hosted a panel called “A Curriculum Worthy of William and Mary?” April 22. The panel discussed changes to core education requirements a committee of faculty members proposed last year.

Under the proposed system, students would take a freshman seminar listed under the designation COLL 150 and six courses — three listed under COLL 200 and three from regular departments — throughout their education. The courses would be from each of the newly created domains: “The Arts and Aesthetic Interpretation,” “Social and Humanistic Understanding” and “Scientific and Quantitative Reasoning.” Juniors would take COLL 300 and a two-credit course called “W&M in the World,” Seniors would take a two credit senior seminar listed as COLL 400, in which students would compile and present their four years of learning to a public forum.

To open the panel, Society for the College member Matt Ames ’80 explained his chief concerns about the changes. He argued that while the proposed plan’s focus on interdisciplinary work and global relevance is admirable, it doesn’t require a broad enough foundation in basics like U.S. history and economics.

“It’s fine to have senior level classes for the best qualified undergrad[uate]s, but we believe that William and Mary students need a solid foundation … before moving on to interdisciplinary work,” Ames said. “As it stands now we feel [the proposed plan] does not succeed.”

“The broader your background knowledge is in, say, history the better you will be able to engage in critical historical thinking,” Bauerlein said.

He also said the proposed system would put increased pressure on popular departments such as history and government.

“We should meet the demands of students as they express them … not shape student demand for courses by increasing the availability of certain classes,” Abegaz said.

Board of Visitors member and Lt. Gov. candidate Pete Snyder ’94 mentioned that the changes deal with only about one quarter of credit hours required for graduation and won’t be a radical departure from the College’s vision.

“I am certain that through conversations with our rector and future rector that any real deviation from the traditions and excellence of the College won’t be tolerated,” Snyder said. “[But] is there an opportunity to modernize? Absolutely.”